Member of the Federation Parliament Salmir Kaplan sold the apartment he bought at a preferential price from the institutions of the Sarajevo Canton. This transaction has earned him nearly BAM 20,000. CIN previously wrote that, although he had an apartment in Sarajevo, he received almost BAM 25,000 from the budget for accommodation. 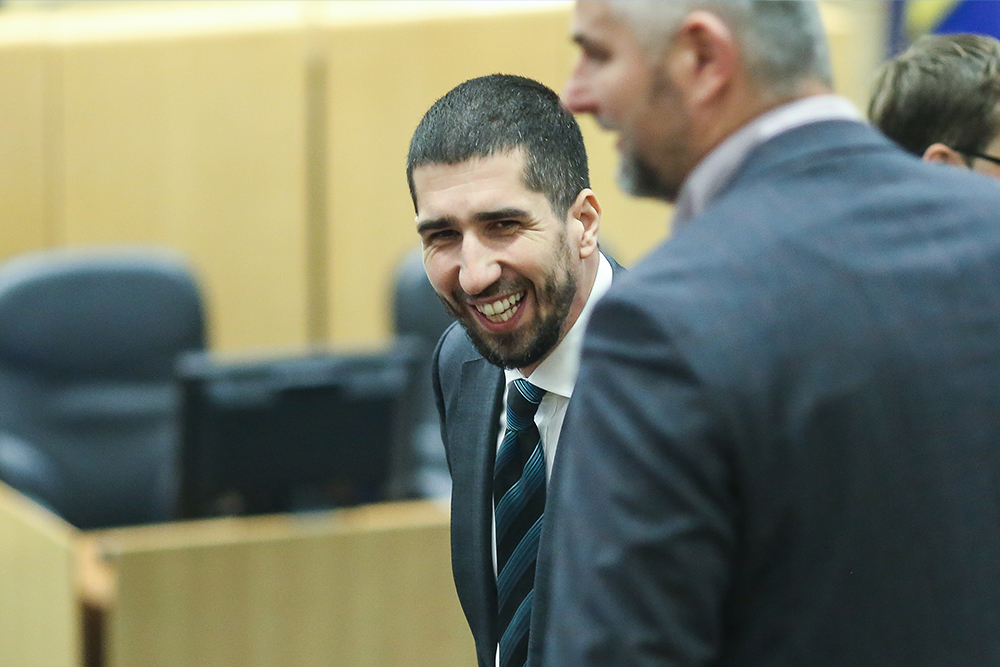 MP Salmir Kaplan sold the apartment he bought at a preferential price from the Sarajevo Canton Housing Fund (KS) two months after he registered his title deed.

In 2009, Kaplan bought a 59-square-meter apartment in the Sarajevo settlement Vogošća for BAM 96,000, when he became an adviser to the state minister of civil affairs. After the KS Assembly approved the registration of his title deed in April 2021, Kaplan sold the apartment for BAM 115,000 in May of the same year.

The fund, which was established to resolve the housing issue of the veteran population, in 2009 announced a competition for young people up to 35 years of age.

At that time, the 28-year-old Kaplan from Stolac had a residence in Sarajevo, thus fulfilling the conditions from the competition.

Kaplan’s advisory salary in that period was BAM 2,400. Although he had been given a deadline until 2016 to pay off the apartment, he paid the full amount in 2012, a year after becoming the Minister of Culture and Sports of the Federation of Bosnia and Herzegovina (FBiH) as a member of the Party of Democratic Action (SDA).

Having paid the entire amount for the apartment, he had the right to request the registration of the title deed in his name with the approval of the Cantonal Public Attorney’s Office and the Assembly of the KS.

Kaplan first asked to register ownership in 2020, but MPs did not give the green light.

“This procedure is regular, but it is not morally right for the Fund to provide tenancy rights to someone who is a minister and advisor to the minister at the state level,” said KS MP Igor Stojanović of the Social Democratic Party of BiH (SDPBIH), who voted against.

Stojanović said that the deputies voted against it for the first time after his discussion in which he stated that it was “pointless” that the Fund, established to cater for housing of the families of martyrs, finances the purchase of apartments for young people. But the second time, he said, the deputies had no choice but to cast their vote in favor.

Allowance for Accommodation in One's Own Apartment
The Federation has spent some 226,000 KM for accommodation allowances for 13 ministers. There is no system for verifying if the money is spent on accommodation and catching misuses of the perk.

In 2014, the Center for Investigative Reporting (CIN) wrote about Kaplan being one of 13 FBiH ministers who were paid the accommodation and the living-away-from-home allowances. This perk is intended for officials who live 70 kilometers away from Sarajevo and Mostar, the cities in which the ministries i.e., the Federation government are based.

CIN reporters discovered that soon after buying the apartment, Kaplan changed his place of residence to his hometown of Stolac and thus became entitled to this benefit. In four years, he received BAM 24,900 in these allowances.

During that period, Kaplan lived in a government apartment in the Sarajevo neighborhood of Grbavica, although he owned his own apartment in another part of the city.
He told reporters in 2014: “ It is better for me to be in Grbavica than here (in Vogošća, author’s note)”. After this story was published, he stopped giving statements to CIN reporters.