Mladen Drljača has been the secretary of the Republika Srpska Commission for Concessions for 15 years, even though legislation set a term at just five years. 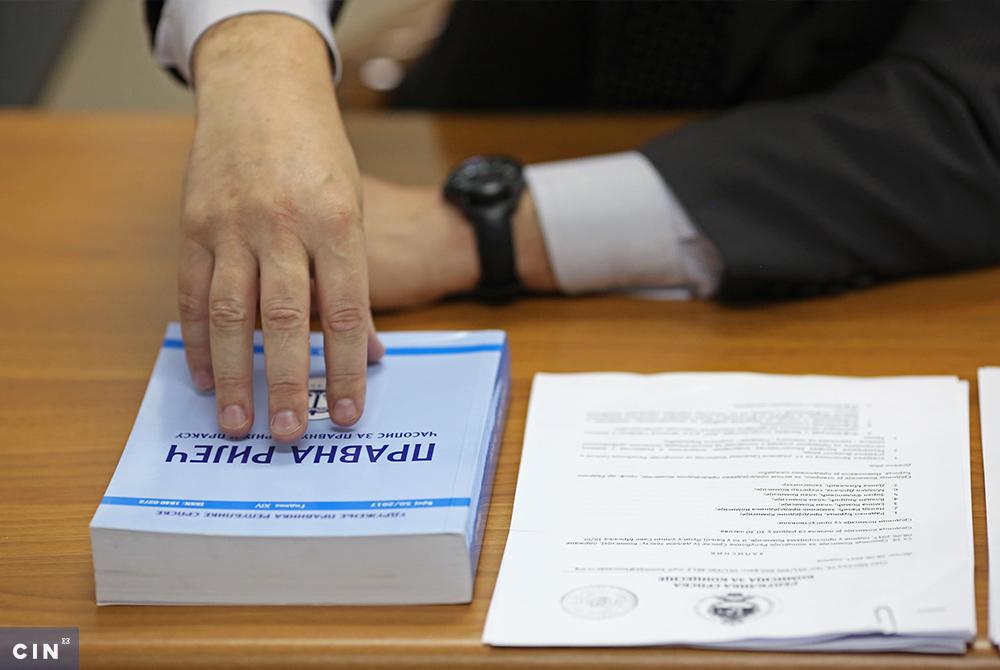 “The commission’s pillar and backbone!” With these words, the president of the Republika Srpska (RS) Commission for Concessions, Radenko Đurica, described the commission’s secretary Mladen Drljača. He described Drljača as educated, skilled and ethical.

Drljača helps Đurica oversee the legality of the commission’s work. However, the Center for Investigative Reporting in Sarajevo (CIN) revealed that the secretary’s employment status may be problematic.

Drljača was appointed to the office 15 years ago. According to the regulations, a secretary is appointed to a five-year term. He has not been reappointed, nor has his employment status been regulated in another way.

Nevertheless, the RS National Assembly and the commission members say that his term is not limited.

According to the law, the Assembly appoints members, and the office of secretary is filled in accordance with labor regulations and the commission’s Rulebook on internal organization and job classification.

Since there had been no rulebook when the first commission line up was appointed, Drljača set out in his draft that the National Assembly would appoint a secretary to a term of five years. While, Drljača’s mandate expired a decade ago according to the rulebook, he now says that this document should be voided because it has not been in sync with the Law on Concessions.

CIN reporters talked with several law professors and none found the lack of harmony that Drljača talks about.

Even though the Commission’s secretary is in charge of harmonization of internal legislation, Drljača has never amended a part of the rulebook which he considers “obsolete”. He said that this is the commission members’ job.

In the beginning of 2008 when his term was about to expire, Drljača was accused of war crimes committed near Bosanska Krupa. He was suspended for nearly three years and during this time he received half of his salary. He was acquitted at the end of 2010 and he returned to work even though his term expired a year earlier.

Former Commission president Predrag Aškrabić told CIN that he returned Drljača to work at the orders of the National Assembly. Then National Assembly Secretary General Ranko Karapetrović wrote that Drljača was allowed to return to work but he did not elaborate about what his decision was based on or what date Drljača was allowed to remain in office.

Nine years later Drljača is still in office and he maintains there is nothing wrong with his appointment.

“My basis is a 2004 decision of the National Assembly which holds currency to this day and has not been contested,” says Drljača.

To Have a Cake and Eat it Too

Last year, commission members Zoran Filipović and Vladan Andrić asked for access to the secretary’s file to check on what basis was he continually employed. Filipović said that the reason for the request was that a secretary has the authority of an appointed official, even though he had not undergone the selection procedure for years. “This status has to be made clear because every now and then we hear ‘I’m not interested in that – I’m employed here” contrasted with “My authority is the same as yours,” said Filipović.

Drljača refused. “That’s right. I ain’t giving it!” he repeated the line to a CIN reporter.

Concessionary cases are delegated to the commission members who during the working meetings propose a decision that would be voted on. Đurica said that Drljača has neither been delegated a case nor does he work on them as the members do.

However, documents reveal that Drljača used to propose approval for concession permits to certain parties which the commission then went on to approve. He did this also while Aškrabić headed the commission.

“He reviews the paperwork and gives the gist of it and then we vote based on what he told us,” Aškrabić told CIN. “It happened on several occasions. It did not happen continually and he did not work on that many cases.”

Đurica has been head of the commission for the past four years. He told CIN that he has background in chemistry and is not versed in law, so he relies on the team headed by the secretary.

Even though he’s aware that commission members are divided about the length of the secretary’s term, Đurica did not pay much heed to it because he said he had not received a formal complaint.

According to the commission’s internal rules, the secretary should bring this issue to the president’s attention. Drljača, whose secretarial duties call on him to uphold labor law, failed to do so.

In theory, the RS Ministry of Energy and Mining is supposed to conduct a selection procedure and present MPs with a list of prospective candidates. Minister Petar Đokić did not want to explain to CIN reporters why they have failed to do so for the past 10 years.

Instead, the ministry officials explained to CIN reporters that the commission should have initiated the reappointment and that the minister could not have known that Drljača’s term had expired.

Meanwhile, the administrative inspectorate visited the commission to review Drljača’s employment status, but it is hard to get hands of their minutes. “I have these minutes, I’m not giving them to you, personally,” Drljača told the reporter.

Even though the commission officials told CIN that the inspectorate came to a conclusion that everything was fine, actually the inspectorate declared that it lacked jurisdiction because a secretary was an appointed official, not a civil servant.

While talking to a CIN reporter, Drljača cursed her and threatened a lawsuit. But he did not argue why everything was fine with his status.

“I’m not giving you the paperwork, I have all the papers. I’ll also get a certificate from the National Assembly. After your request, I received some phone calls yesterday and was told that I’m legally a secretary,” he said. “What will you do then? You should think about this real well.”

The RS National Assembly’s Office of Secretary has held different opinions about his status over the past 10 years.

Last year, the office proffered an opinion that it was necessary to harmonize his status with the legislation. This has not been done.

This year, the current secretary of the RS Assembly, Nebojša Zgonjanin, issued a new decision saying that Drljača held a permanent position because the RS National Assembly’s decision about the appointments of the commission members and the secretary does not state the length of a term.

Prof. Goran Marković sees it differently. “It is true that it doesn’t say so, but it doesn’t have to say it when the rulebook says it.”