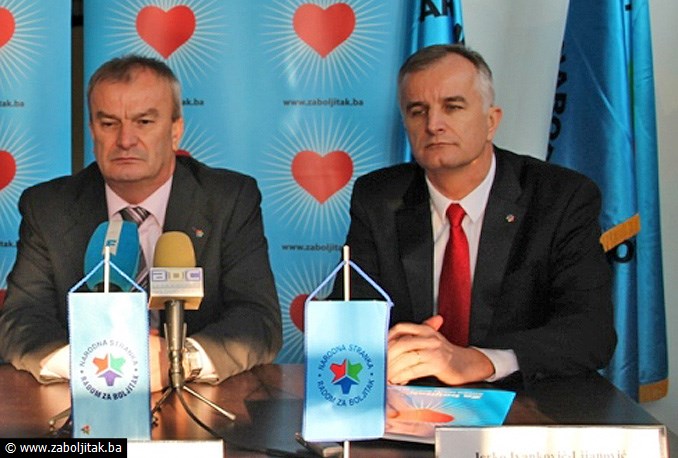 The budget of Bosnia and Herzegovina (BiH) is at least 11 million KM short from unpaid taxes on the trade in meat and meat products from a Široki Brijeg-based Lijanović and other firms.

The BiH Indirect Taxation Authority (UIO) have come to this conclusion after its inspectors have monitored Lijanović LLC and the firms connected with it. It had filed reports with the BiH Prosecutor’s Office which led to a police operation and the arrest of four brothers — Jerko, Mladen, Slavo and Jozo Ivanković-Lijanović – and their father Stipo-Lijan Ivanković. Another nine persons were arrested including the FBiH Minister of Trade Milorad Bahilj.

According to the UIO press statement, the reports that it had submitting with the state prosecutors in the past four years list 14 persons and six firms suspected of committing a number of criminal offences related to value added taxes.

The connection is based on the contracts for renting of butchery facilities with the equipment for production, processing of meat and meat products, as well as with the licensing contracts which Lijanović company has signed with the other firms named in the reports.

In a 2011 report obtained by the Center for Investigative Reporting in Sarajevo (CIN), the current FBiH minister of trade Milorad Bahilj, in the capacity of the director of Mi-Mo and Venka Ivanković, an executive officer in Farmer Mesna Industrija and Jozo Slišković, an executive officer in Farmko, have committed a criminal offence of failing to pay taxes worth 2.7 million KM. All three have been arrested today.

UIO inspectors allege that Bahilj and Ivanković were forging or destroying financial ledgers and other company documents. The inspectors tried to conduct inspections at the companies Mi-Mo and Farmer Mesna Indnustrija, but found neither the companies on their official addresses, nor any evidence that would prove that the firms were at some point there.

Bahilj told the inspectors that he has been relived from the director’s duties by the ruling of the Municipal Court in Mostar since 2011 and that he did not know where the company’s records were. The records were supposedly transferred to Lijanović LLC, but the inspectors have never tracked them down. The inspectors were unable to locate the records from Venka Ivanković’s Farmer Mesna Industrija either.

According to the law enforcement agencies involved in the operation, the members of the group which was arrested today have incorporated a number of straw companies that operated in same premises and facilities, with the same number of employees and held the same license.

According to the inspectors’ findings, Lijanović LLC was incorporating legal entities which were formally registered as owners or users of certain real and movable property. After a firm would run up its tax obligations, it would proceed to wind up. Then, another firm would be incorporated and the scenario would be repeated. As none of the firms had a property of their own, the UIO could not seize their property to satisfy the debt. According to UIO, such deals have been going on since 2009.

According to the State Investigation and Protection Agency (SIPA) which took part in today’s operation, the facilities on 17 locations in the area of Široki Brijeg, Grude and Mostar have been raided with the goal of tracking down and temporary confiscating items which might be used as evidence.

Those arrested are suspected of obtaining illicit gains of more than 11.6 million KM, by evading to pay value added tax, misspending agricultural subsidies, breaching of the contract with the FBiH Buffer Stock Authority and hiding the profits from the sale of goods on the black market. SIPA press statement reads that the arrested persons tried to hide the origin of illicit gains by giving out loans and buying out incorporation shares from some legal entities and by placing cash on the accounts.

At least three arrested persons were members of the legislative or executive branch in the FBIH and BIH authorities. Jerko Ivanković-Lijanović is the FBiH minister of agriculture, water management and forestry, while his brother Mladen Ivanković-Lijanović is a legislator with the House of Representatives of the state Parliament. Milorad Bahilj is the FBiH Minister of Trade.