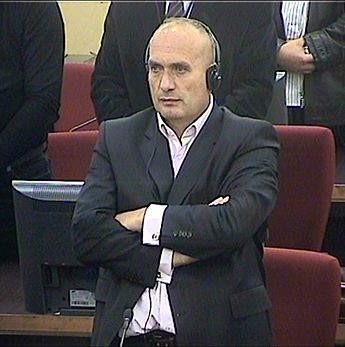 The court ordered the land registry office to review its decision and in its second ruling the office named Fazlić the owner of a house and 1,259 square meters of land. The State Attorney General’Office has appealed the new decision, because the court in its 2009 ruling had frozen part of his assets in order to cash in about 300,000 KM of his illicit proceeds.

When the Cantonal Court in Tuzla rules on the appeal, it will be formally known if Fazlić has become the owner of the part of Kučević’s property that was restrained.

Fazlić turned to the land registry office in Živinice at the end of April 2010, a month after he had bought Kučević’s property in the town, asking to be issued a certificate of ownership. However, the office refused Fazlić’s request because the property was restrained since March 2010. In its binding ruling against Kučević, the Court of BiH issued the temporary restraining order to insure that he would return money obtained by illicit means.

Fazlić appealed to the Cantonal court in Tuzla complaining that the land registry office was in violation of the law because Fazlić had asked to be issued the ownership certificate three months before the Court’s temporary prohibition order reached the land registry office. The decision was handed down in the beginning of March and it took more than four months for it to reach the Municipal Court in Živinice.

The Center for Investigative Reporting in Sarajevo (CIN) published a story about the spouses Tasim Kučević and Meliha Pjević, sentenced to 12 and six years respectively in April 2009 on charges of organizing prostitution, human trafficking and money laundering. The court ruled that they acquired illegally their assets and ordered seizure of their assets in order to collect 300,000 KM of criminal proceeds.

Kučević was sent to Zenica to serve his sentence, while Pjević to Tuzla. Twenty days after the verdict, the wife received a power of attorney to sell the property. A notary visited her in her prison cell and organized the sale of property to Fazlić. The land and a house in Živinice were sold for 25,000 KM.