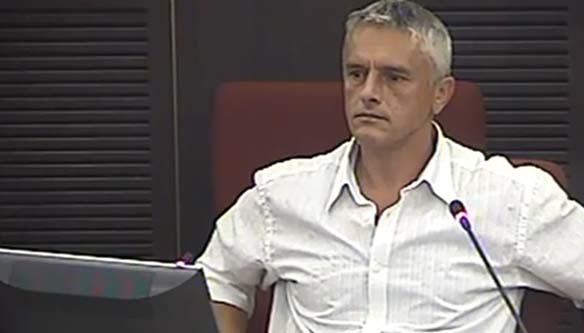 Zijad Turković was sentenced today beyond appeal to 40 years in prison on organized crime charges.

The Court of Bosnia and Herzegovina convicted Turković on several charges including a murder, an attempted murder, drug trade, a robbery, money laundering, endangering the public and illegal possession of firearms.

Other convicted include Milenko Lakić – sentenced to 35 years for murder; and Saša Stjepanović (found guilty of drug trade and robbery), Muamer Zahitović (guilty of extortion and money laundering) and Fadil Aljović (guilty of murder) to 20-years in prison combined.

The court established that Turković, Stjepanović, Lakić and Aljović were members of an organized group that prepared and conducted these crimes seeking to create a climate of fear and insecurity.

In today’s press release, the officials from the State Investigation and Protection Agency (SIPA) said that Turković was the ring leader of the group that was active from 2006. It operated across the BiH proper conducting crimes on daily basis and gathering wealth and influencing power structures and individuals from tax, law enforcement and judicial agencies.

The court also ordered the forfeiture of property from Turković and Stjepanović.

The first instance verdict from November 2013 against Turković at al was overturned on appeal. In it they were sentenced to 100-years in prison for five murders, the robbery of the Sarajevo Airport’s cargo center, drug trade and money laundering.