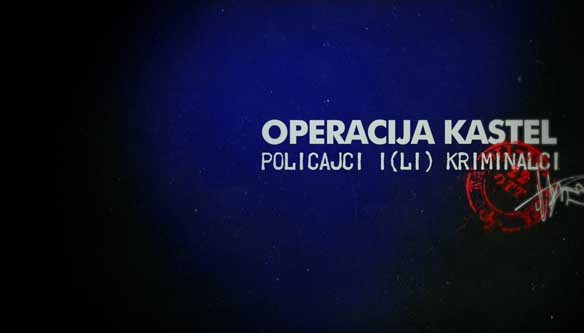 The Prosecutor’s Office of Bosnia and Herzegovina (BiH) launched an operation code-named Kastel in the beginning of 2010. The operation was conducted by a number of law enforcement agencies and it led to the arrest of numerous policemen and other high-profile persons in Una Sana Canton. (USK).

The prosecutors filed an indictment against the then USK Police Commissionaire Ramo Brkić and 22 persons in January 2012. They were charged with organized crime, trade in narcotics, abuse of office and soliciting bribes.

Twelve defendants pleaded guilty and the Court of BiH has released some of them on probation, while sentencing others to prison. Seven persons have been acquitted and one case has been transferred to the Cantonal Court in Bihać.

A documentary produced by the Center for Investigative Reporting (CIN) in Sarajevo has followed the police operation from its start as well as the subsequent state court proceedings.

The film was produced after Brkić was sentenced to 11 years in prison pending appeal in December 2013.