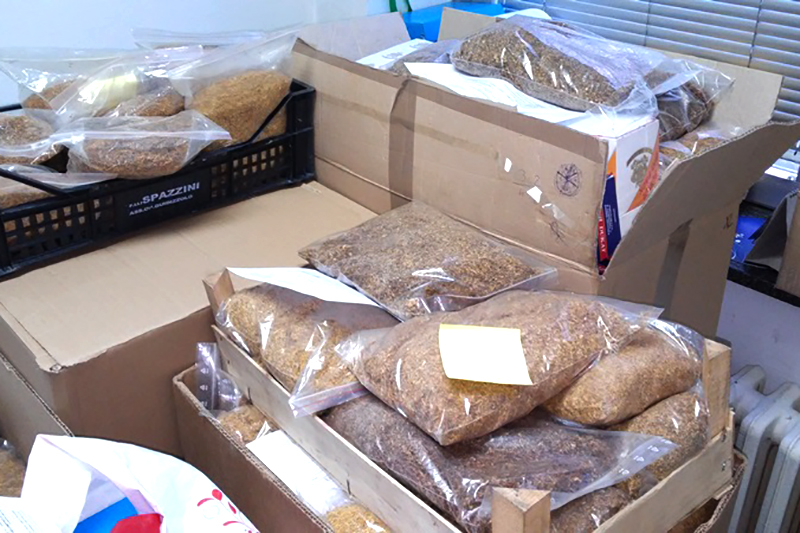 Around 10 tons of illicit tobacco has been seized in a police operation that started this morning in and around Tuzla, Bijeljina, Srebrenik, Brčko, The Arizona Market and Sarajevo. During the operation code-named Leaf 1, police also seized business records, computers, telephones, SIM cards and other items that will be later used as evidence.

According to the State Investigation and Protection Agency (SIPA), eight suspects have been taken into custody on the allegations of organized crime and illicit sale of excise commodities. The police agencies involved in the investigation estimate that more than 80,000 KM in illegal profits has changed hands in this way.

“Excise income, especially from tobacco and tobacco products, makes up the majority of (our) proceeds,” said Ratko Kovačević of the Indirect Tax Authority of Bosnia and Herzegovina (BiH). Kovačević added that the Authority will continue to have tobacco in its crosshairs until the end of the year.

The raid is a follow up of an operation that took place last July when 35 tons of tobacco were seized, along with several machines for cutting tobacco, 150 master cases of cigarettes without documents showing their origin and large sums of cash. SIPA officers arrested 33 persons, including one of the Authority’s employees.

The Authority officials told the Center for Investigative Reporting in Sarajevo (CIN) that the Authority has conducted several dozen raids this year that lead to confiscation of tobacco and cigarettes worth more than a million KM. The goods have come from intercepted vehicles and markets across BiH.

Kovačević told CIN that he hoped that these police operations, built on the foundation investigative work, will lead to decrease in illegal trade.

In May 2015, the FBiH Inspection Affairs Authority sent five samples of illegal tobacco for analysis to a Hamburg-based Analytic Service Laboratory. The analysis found that all five samples were laced with lead, cadmium, arsenic, nickel and in one case mercury.

The inspectors warn that prolonged exposure to heavy metals can lead to cancer.