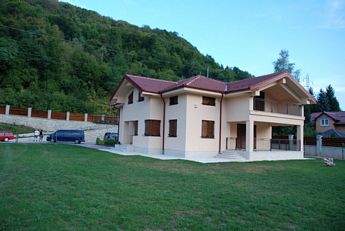 The Prosecutor’s Office of Bosnia and Herzegovina (BiH) submitted a proposal to detain the six suspects in question arrested yeasterday during the police operation „Boss“. Following the interrogation, the prosecutors submitted the proposal which would carry a sentence of 30 days jail for the suspects with the initials: A.S, K.S, A.S, I.S, J.K, and D.S. According to the unofficial information, the suspects are brothers Anes and Ismet Sadiković and their father Kasim.

Kasim Sadiković is the owner of Sa Tours, a firm that specializes in shopping tours to Turkey. In his truck Turkish police found 13 kilograms of heroin in 2004.

The detention is proposed because there is a danger of the suspects fleeing the country. According to the state prosecutor’s statement, the accused have dual citizenship and there is a possibility that they could leave BiH if released. If so they would become unavailable to the Bosnian justice system. Also, there is a possibility that the suspects, once released could tamper with the witnesses, obstruct criminal procedure, repeat the same crime and continue with the execution of the crimes in progress.

SIPA arrested seven members of the organized crime group which has evaded at least 3.5 million KM. They are suspected of conducting customs and tax fraud for several years now. The arrests were carried out as a part of a police action called Boss which has been going on in the area of Sarajevo, Brčko, Gradačac, Banja Luke, Trnovo and Doboj-Jug.

During the operation were searched 34 locations in these cities. SIPA officers seizded financial and trade paperwork, cell phones, cell cards, fire arms, computers and other equipment used to conduct these and other crimes. In one of the vaults was found around 100,000 KM

CIN Reporters wrote earlier that some BiH auto transport companies have been used for transport of drugs from Turkey to the Balkans and further into the Western Europe.