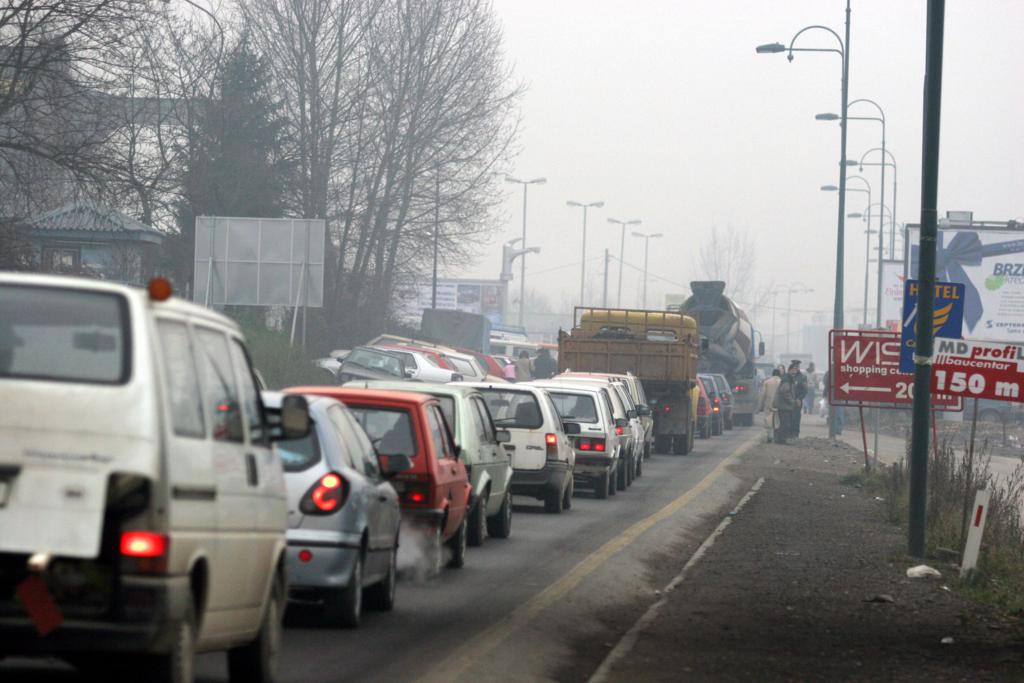 Up through mid-2003, Bosnia and Herzegovina (BiH) was the only country in southeastern Europe without a single kilometer of modern highway.

Today there are still only 20 kilometers. Roads through BiH, including its capital, are among the worst in the Europe, obsolete, badly maintained and crumbling, according to European Union experts who studied them extensively two years ago.

Such criticism doesn’t faze Branko Dokić, minister of traffic and communications for the last four years. He doesn’t agree with it.

BiH doesn’t have the worst roads in Europe, he said. He’s seen worse in Albania, Macedonia and Bulgaria. However, all feature many more kilometers of modern highway.

But a host of traffic and urban planning experts that the Center for Investigative Reporting in Sarajevo (CIN) asked say a baffling lack of effort and money put into highway building is having deadly and economically crippling effects:

Muhamed Bublin, a professor in the Sarajevo School of Construction, said building modern roads is a way to resolve a multitude of these problems.

Experts asked to talk about the impact of a modern road system paint a picture of an entirely different and better country and capital city.

It would be a safer place, first of all, said Ešref Gačanin, director of IPSA, consultants that do feasibility studies and supervise road construction. He said that a system of eight major cross-city roads was proposed more than 40 years ago for Sarajevo that would slash the frustration and the time it now takes to move through the country’s largest city of 500,000. The plan was never acted upon.

A cross-country highway in addition to that city network was nothing short of a ‘to be or not to be’ decision for the nation, says Said Jamaković, director of Sarajevo Canton Bureau of Planning for the past seven years. Building it or not will decide if the country will remain a rural backwater or grow into a piece of Europe in a real and symbolical sense.

A highway from Sarajevo to Budapest would connect the far-flung parts of the ex-Yugoslavia with each other as well as with the rest of the continent.

It would be a path to ‘prosperity and better traffic circulation’ Jamaković said.

Pavo Boban, FBiH assistant minister of traffic and communications, described roads as an engine for economic development. They are, he said, the ‘first and elementary condition for someone to come to this area, for whatever reason.’ Investment and the arrival of new services and enterprises roll in on roads.

Zoran Šteger, an engineer with the Conex construction planning company, said the country’s roads are currently incapable of supporting any new growth.

‘So many people die, that every newspaper can turn all their pages to black chronicles’ he said. ‘It isn’t always because of bad driving or old cars. Bad roads play a big part in traffic safety.’

Osman Lindov, a professor in the Sarajevo traffic school and once a member of a committee of road construction experts for the government, said: ‘Road building would make life incomparably safer. I will more likely survive on the highway. On it, I will make less damage both to state and to human lives. People die on highways too, but much less than on a one-lane road.’

Croatia has proved the case

Besim Mehmedić, also a member of that experts committee, said: ‘People do not understand that highway building isn’t just construction and that infamous pre-election story in which many people will get jobs. It’s something much more than that.’ Croatia has modernized starting with road building, he said.

Stanko Kovač, was appointed president of the Croatian Road Administration in 2001. By 2005, the administration had spent nearly € 2.4 billion building 392 kilometers of new highway and repairing 200 kilometers of existing road way. But Kovač was removed in that year.

His administration missed an interim construction deadline by 15 days.

The punishment was justified, he said. Highways increased land values in Croatia, brought in investors, helped tourism and decreased traffic fatalities. Highways, he said, are vital to nation building.