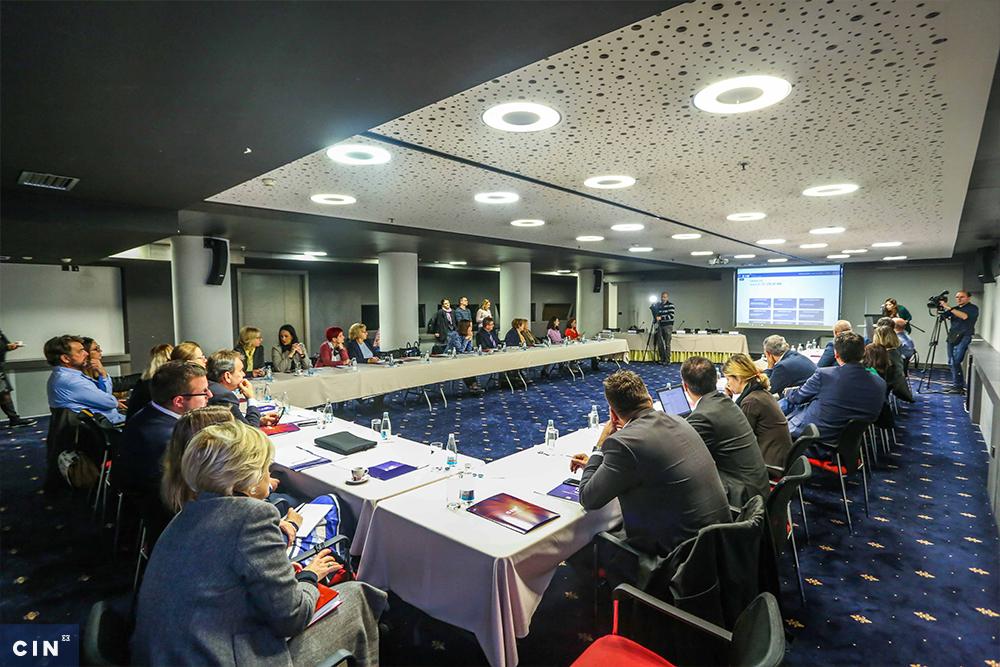 The Center for Investigative Reporting in Sarajevo (CIN) has organized a round table on budget reserve spending, that is, money allocated to cover emergency and unanticipated events, international arbitration, new institutions and other activities that are not planned by the government budgets.

On the conference was presented an online database that holds records of nearly 184 million KM budget reserve expenditure from all level of governments, including money that prime ministers, ministers and presidents doled out between 2014 and October 2019.

CIN’s investigation revealed that spending has not been transparent or done according to the rules. Reserve funds were used to pay for party and party-related associations’ activities; promotion of singers; the Miss BiH contest; food and alcohol as well as for a competition in grilling lambs on a spit.

Hrvoje Tvrtković from Audit Office of the Institutions of Bosnia and Herzegovina (BiH) said that various government levels don’t exchange information about budget reserve spending which can lead to same beneficiaries receiving money from different levels for the same purpose.

“Someone who is shrewd and resourceful in using budget reserves and public funds in general, may get funds from municipality, canton, the Federation of BiH, the state level; plus they can get money from within the very institutions of a certain level,” said Tvrtković.

The allocation of budget reserve is based on applications from various agencies, organizations and citizens who turn to government cabinets or individual government officials with requests. If their application is approved, finance ministries will pay money to applicants.

According to records from the database, these funds were mostly used to finance operating costs – including salaries, the procurement of buildings and stationary, or for renting of office space.

Budget reserve was also spent on regular activities of citizens’ associations; events that were inaugurated by government officials who had approved the funds, as well as to mark important dates, to build or reconstruct religious facilities and for welfare and medical treatment of applicants.

“In our opinion, none of this is urgent,” says Mirsada Janjoš, head of Financial Audit Sector in FBiH. “Emergency events are natural disasters, epidemics, quarantine – such as when brucellosis and Q fever showed up over a period of time. That may be urgent.”

Government cabinets mainly decide on how the bulk of this money is spent, while prime ministers and their deputies, finance ministers and members of the BiH Presidency have a discretion to dole out limited amounts of budget reserve.

Republika Srpska Prime Minister has the biggest pool of money to give away this year – 1 million KM and this amount has increased 25 times during the past two years. On the other end is the prime minister of Bosnia-Podrinje Canton who may dole out up to 5,000 KM.

“When auditors start doing their 2019 audits, they will for sure pay attention to this issue,” said Renata Čajić Kužet of the Supreme Office for the Republic of Srpska Public Auditing. “It is hard for us to establish that or find reasons for it, because it is defined by the law. But anyway, in our conversations with competent officials we will try to find out what was the reason for this (situation).”

The institutions have never clearly set down who may seek money and for what purposes. In some cases, no contracts are signed and those who get money are not obliged to report back on how they spent it.

Not everyone has to justify expenditure. The institutions have no mechanism to insure that the applicant will submit a report that consists of receipts and several sentences of explanation. There is the lack of checks and balances on how the money was spent.

CIN uncovered that some money also went for party and party-related activities.

“This money is generally used as some sort of direct support for their party people,” said Senad Šepić, former state MP and the president of Independent Bloc. “To people that you somehow need to politically buy out so that they became your party ones.”

Even though the representatives of all political parties, the parliaments, ministries and governments at all levels in BIH had been invited, a small number of them decided to take part.