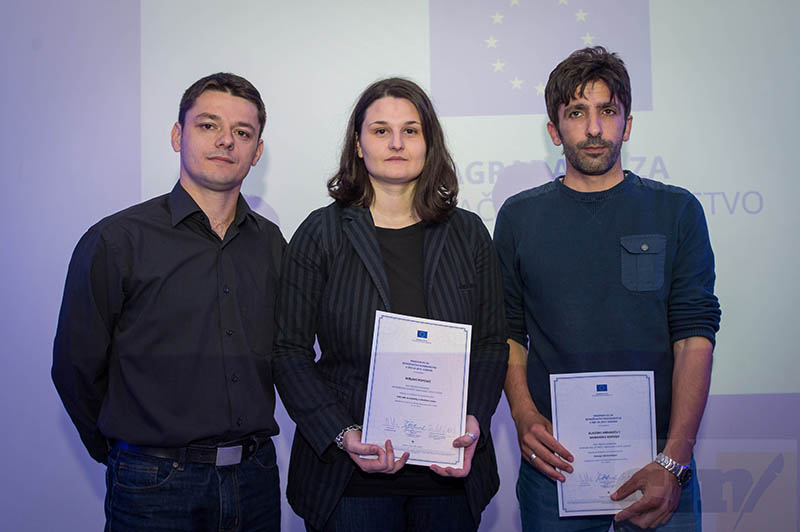 A CIN reporter Mirjana Popović won the second award, while the reporters Aladin Abdagić and Mubarek Asani won the third award of European Union for Investigative Reporting in Bosnia and Herzegovina in 2014.

Popović was awarded for the story titled Allowance for Accommodation in One’s Own Apartment which exposed the ministerial misuses of accommodation allowances.

Abdagić and Asani worked together on a documentary Policemen And Criminals in which they exposed the head of police of Una Sana Canton and other officials as being involved in organized crime.

The first award was won by the Žurnal Magazine’s Branka Mrkić-Radević and Dalibor Tanić for a documentary about the misuse of funds for return of refugees.

The awards were presented by the deputy head of the EU delegation in BiH Renzo Davidi and the director of Media Center Boro Kontić.

This year’s call for applications in BiH was open between March 24 and April 23, and featured 49 stories about government abuse, violations of basic rights, corruption and organized crime that have been published on BiH TV, radio, print and online media in 2014.

The EU Award for Investigative Reporting is presented in each of the seven candidate countries for the EU – Albania, BiH, Kosovo, Macedonia, Montenegro, Serbia and Turkey for investigative stories published in 2015 and 2016.