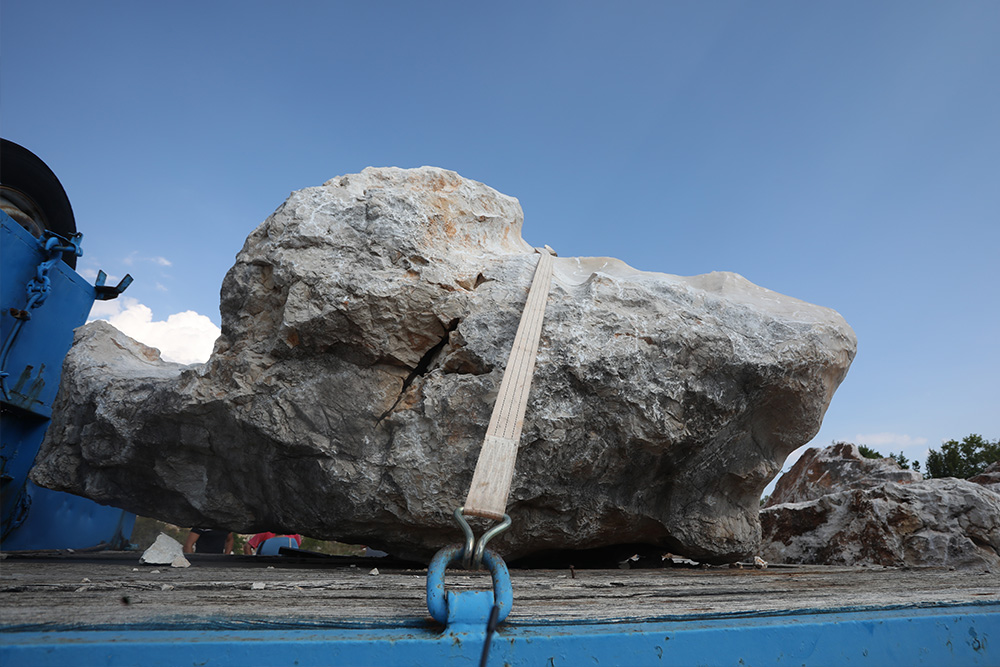 Cantonal Court in Široki Brijeg sentenced Ivan Topić, former Minister of Physical Planning and Environmental Protection of the West Herzegovina Canton (ŽZH), to 10 months in prison, and Dubravka Bašić, director of Lager from Posušje, to 8 months in prison for abuse of office and stealing. In the same verdict, the company was ordered to pay a fine of BAM 5,000.

According to the verdict, at the request of director Bašić, Topić issued an excerpt from the Cantonal Spatial Plan for the area of the exploitation field, although the spatial plan was not published in the Official Gazette of ŽZH and was therefore not legally valid.

Lager used the spatial plan excerpt to prepare the Environmental Impact Study, which was the requirement for obtaining the necessary permits for research and exploitation of dimension stones.

As indicated in the verdict, from 2013 to 2014, the company Lager had been excavating and transporting the dimension stone from Osoj for almost a year without the necessary approval for exploration and exploitation. Even though the Mining and Geological Inspection rendered a decision banning all the stone exploration works at this site, Lager proceeded with the stone mining.  Also, the Inspectorate for Agriculture, Water Management, Forestry, Hunting, Mining, and Ecology required that Lager should obtain an exploitation permit, the company was never granted one.

As an official, Topić used his powers to obtain a benefit for a third party, while Bašić encouraged him to commit a criminal offense and enabled the company to gain benefits, the verdict said.

Today, the former minister is an advisor to the Federation Minister of Physical Planning. He did not want to comment on the verdict, noting that he would appeal it. The verdict will also be appealed by Lager, confirmed the executive director Dragan Stipić. He said that the verdict was absurd and that the spatial plan existed, and that the court did not make a good judgment.

Last year, CIN published an article about concessions awarded to Lager”. In 2013, Lager was awarded a concession agreement for the exploration of stone in Osoj, and a year later an agreement for its exploitation. However, Lager never obtained the other permits required for operation. Since they started quarrying in a place that was not planned for the quarry and since the residents from Osoja were not informed about it, they rose up in revolt. Among other things, they initiated this criminal procedure due to the issuance of the spatial plan excerpt.

In November 2016, the Cantonal Prosecutor’s Office filed an indictment, but in the meantime, several court decisions have been issued in favor of Lager, and now the FBiH Supreme Court has to make a final decision in this case.

The locals are satisfied with the verdict. Their representative, Ivan Mitar, told CIN that he hoped that such attacks on the “little” men and their rights would not be repeated.

The Ministry of Economy of ŽZH confirmed that the concession agreements are still in force, but are at a dormant phase.