Naser Kelmendi has been identified as the leader of one of the best organized criminal organizations involved in drug trafficking in the region, with his sons as associates. But why are they allowed to carry weapons, supposedly for their protection, or to import armored cars from the US? 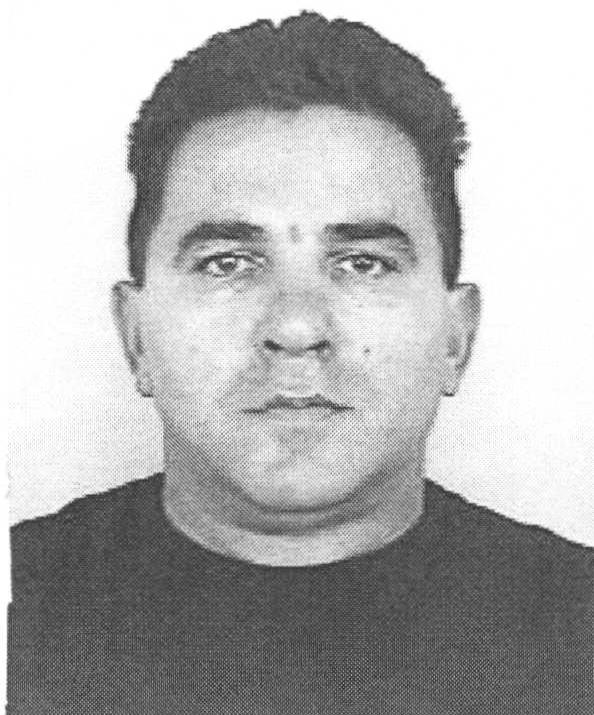 Naser Kelmendi, the owner of the Casa Grande Hotel in Ilidža, has been named by the BiH State Investigation and Protection Agency (SIPA) as the leader of the best organized criminal organizations in the region, but he has been allowed by Sarajevo police to buy and carry a firearm for personal protection since 2003.

Two of his sons, Besnik and Liridon, also named by SIPA in a presentation to Interpol as members of their father’s organization, were granted permits to buy and carry weapons by Zenica police in 2006. They were also the subjects of various criminal charges dating back to 2005, including charges for attempted murder and battery.

The Kelmendis have used the police system in BiH to avoid the law and, in essence, arm themselves. They have also benefitted from failures of personnel in the BiH Indirect Taxation Authority, which allowed the import of two armored vehicles from the US. In addition, by failing to note that the vehicles were armored, and by undervaluing the cars, the authority personnel failed to collect the proper duties, leading to a loss of nearly 60,000 KM. The Sarajevo-based US legal attaché had warned that the Kelmendis were members of a criminal group and should not be allowed to import an armored car.

The Sarajevo Canton prosecutor’s office has consolidated 12 criminal charges by police involving Kelmendi and his sons, Besnik, Liridon, Elvis and other members of the Kelmendi group into a single case that is under investigation. Among the charges contained in the complaints are murder, attempted murder and battery and unauthorized possesion of weapons.

Despite the charges, which include participation in the 2007 murder of Ramiz Delalić (Ćelo), a mob chieftain and drug organization head, Sarajevo police have not revoked the weapon permits they issued to Naser Kelmendi in 2003. Two of his sons, Liridon and Besnik, carry weapons under permits issued by the Zenica police in 2006.

After a CIN reporter inquired in June why the Kelmendis were allowed to carry weapons despite the criminal reports, the Sarajevo and Zenica-Doboj Ministries of the Interior (MUPs), admitted that the police departments under their control had made mistakes.

‘It was indeed an omission on our part. There is no running away from that’ said Dragan Mioković, the spokesman of the Sarajevo MUP. He said the omission would be corrected and Kelmendi’s weapon would be confiscated and his permit revoked after a review. Mioković and the head of the ministry’s internal control, Semir Kekić, acknowledged there were grounds for them to confiscate the weapons from the members of the Kelmendi family earlier.

Kelmendi Not Eligible for Permit

CIN, however, learned that Naser Kelmendi should never have been granted a firearm purchase and carry permit in the first place. According to the internal control department of Sarajevo’s MUP, the canton’s Law on Purchasing, Possession and Carrying Firearms and Ammunition allows only a person with no criminal indictment or conviction to obtain a permit. And, anyone born outside of BiH who applies for a permit must file a document from his place of birth confirming that he has no criminal conviction.

However, Kelmendi was sentenced to 18 months in prison in his hometown of Peć in Kosovo in 1976 on charges of attempted murder according to Serbia’s Ministry of the Interior.

Mioković said police did not know this information and that the papers Kelmendi filed with his request were in order.

Asked about a provision that allows police to revoke a permit held by someone they judge a danger to public safety, Sarajevo Police acknowledged this would apply to Naser Kelmendi.

Mioković said: ‘Naser Kelmendi is a person who, by any criteria, should not be carrying a weapon today.’ His permit, according to the ministry, is for a Glock 17, a semi-automatic pistol of a type widely used by law enforcement.

The Zenica-Doboj MUP also admitted to mistakes in issuing permits to Liridon and Besnik Kelmendi, and said that they have started a procedure to revoke the permits.

The head of that ministry’s internal control, Abdulah Čizmić, said Zenica police failed to cross-check intelligence on the two sons with other law enforcement agencies in the country. Zenica police checked criminal records within its jurisdiction and established that Liridon and Besnik did not have records there. Another ministry official said the department was informed in December 2008 by Sarajevo police that there were ongoing criminal investigations against the two Kelmendis in Sarajevo.

Čizmić said in August that he had requested an inquiry into what happened, and recently said that disciplinary procedures were begun against those involved, both in police and in the ministry, but would not elaborate.

Cantonal police have not revoked Liridon and Besnik’s permits because the brothers may have since left the canton, Čizmić said. However, he said , the ministry sent out official dispatches to all law enforcement agencies in this country asking that the permits and the arms be confiscated from the Kelmendis. Until that is done, the Kelmendis may still carry weapons and their permits are still valid, he said.

Incident Year Before Permits Were Granted

The year before the permits were issued in Zenica, one of the sons was arrested in Sarajevo for attempted murder and a firearms violation in an incident that involved his father and another brother, Elvis.

In April of 2005, according to police, they raided the Casa Grande Hotel soon after Denis Stojnić, who is now an ultimate fighter from BiH, complained to police that members of the Kelmendi organization tried to kill him. He told police he was pursued by a vehicle with Naser, Elvis and Liridon Kelmendi and Almir Kukan. He said he was blocked by the pursuing car. He said Liridon and Kukan got out of the car and began firing.

When police raided Kelmendi’s hotel, they said, Liridon Kelmendi tried to escape and an officer noticed that he threw away a gun while running. He was arrested and police found the gun, a CZ semi-automatic pistol with 14 rounds in the clip.

Liridon Kelmendi did not have a permit to carry that gun under the Zenica permit.

All four of the men Stojnić accused were arrested, but Stojnić later changed his statement and dropped his complaint.

In the case of the armored cars, it was customs officials at the BiH Indirect Taxation Authority who failed in their duties and directly or indirectly helped the Kelmendis. Officials there failed to note the weight of two vehicles that had been armored and placed the value of the cars at $15,000, when, according to the Sarajevo-based legal attaché, one of the vehicles had been paid for with two checks, one for more than $14,700 and one for about $9,000. Assessing the cars at $15,000 resulted in a savings in customs fees and taxes. The armoring would have added between $50,000 and $58,000, according to the company that did the work.

But the story of the vehicles began well before that. In 2005, three one-year-old black Jeep Cherokees were ordered from car dealers in the US, at least one of them for Naser Kelmendi. The jeeps were ordered via Arber Kelmendi in Brooklyn, N.Y. Clint Murphy, the president and the founder of Armor Tek International, the Texas firm where the work was done said he got an inquiry about armoring three vehicles, but only two were shipped.

Murphy, contacted by phone at his Van Alstyne, Texas, headquarters north of Dallas, explained that the order, which federal investigators later told him was for Naser Kelmendi, was to have the Jeeps bulletproofed, which meant the exterior was changed and bulletproof windows installed. Murphy said his company charges between $50,000 and $58,000 per vehicle for such conversions, making the vehicles worth much more than their market value at the time of $25,000. The work his company did, he said, would have been for what the company called the AK-47 package, an armoring job that is designed to stop a round from an AK-47 assault weapon fired at the vehicle.

However, customs officials in Zenica allowed the vehicles to be imported with a value of about 25,000 KM or about $10.000 under the approximate market value. They apparently failed to calculate the value of the armoring.

After the Indirect Taxation Authority conducted an internal investigation based on CIN’s information, they said the customs officers could not determine that these were bulletproof vehicles from the invoice and ownership documents. BIH Indirect Taxation Authority said no one informed them that the vehicles were altered in any way which would increase the customs fees. However, they admit the international cargo transport document (called a Cargo Movement Requirement or CMR) stated that the vehicles weigh 3,090 kg each, which differs from the standard weight of such a vehicle, which is about 1,850 kg.

Indirect Taxation Authority said the customs officials failed to take this fact into account but they will correct their mistake in the next review and will collect difference from those who imported cars.

The bulletproof Jeeps should not have left the US in the first place. Murphy, of ArmorTek International, said federal investigators contacted him and told him that the Jeeps were for Naser Kelmendi, and that the vehicles should not be shipped because they were destined for those involved in organized crime. Murphy said the vehicles had already been taken from his company when he received that warning.

Despite the warning, the vehicles somehow were transferred to Newark, N.J., and then in July 2006 through a company called Flexi Lease in Toms River, N.J., which exported them to BiH. Even though at least one of the Jeeps was ordered in his name in 2005, a year later Naser Kelmendi’s name did not show up of the export documents —only Besnik’s and the names of the two other men.

The documents of the Customs Office in Zenica list the other two men, Agim Voša and Aslan Peci. They are, according to SIPA documents, associates of the Kelmendis. This year, one of the armored Jeeps is listed as owned by Besnik Kelmendi and the unarmored Jeep is registered in the name of Naser Kelmendi. The second armored Jeep is now registered to Avaz, which publishes the Dnevni Avaz newspaper and whose owner, Fahrudin Radončić, has done business with Kelmendi in the past.

Radončić said by phone this week that the armored jeep was obtained by his director and is used by the Radon Plaza hotel for rental by high-level clients who stay there.