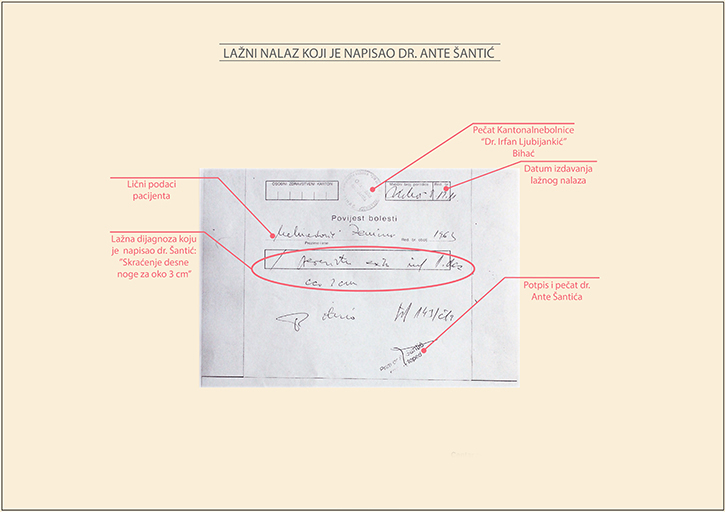 The Cantonal Prosecutor’s Office of Una-Sana Canton charged Sanel Okić, former manager of Cazin-based firm “Ortho Medicco” with being the mastermind of a group with the intention of acquiring illegal gain. Other members of the group were then-doctor of the Cantonal Hospital in Bihać, Ante Šantić, director of “Bauerfeind”, Mustafa Ibrahimpašić, and seven employees of “Ortho Medicco”.

The indictment reveals that in 2012 Ortho Medicco signed a contract on procurement, production and distribution of orthopedic aids with “Bauerfeind”. “Back then, the head of the (Public Health) Institute agreed that we can be sub-contractors,” Okić told reporters from the Center for Investigative Reporting (CIN) in Sarajevo. “That was the only way because the Institute would rig bids. ‘Bauerfeind’ got all the contracts, this was his lobby”. Okić told reporters that he was not guilty of the charges.

According to the indictment, “Ortho Medicco” concluded a contract with orthopedic doctor Šantić whose formal role was to oversee the production of orthopedic aids. However, in reality Šantić was illegally passing Okić the list of patients entitled to orthopedic and other aids that were subsidized by the Cantonal Public Health Institute. For every patient, Šantić received 10 percent of the aid’s value.

“I didn’t have a contract with the doctor, he had it with “Ottobock” and “OrtoSar had it too.” said Okić. “I was under pressure: either make a contract or have no work and close shop”.

“Ortho Medicco” employees visited patients and tried to convince them that instead of an orthopedic aid they could receive some other type of aid. They would take their personal information and medical documentation and based on that produced fictitious receipts for orthopedic aids that patients never received. “Bauerfeind” director, Ibrahimpašić, billed the Institute for nearly 90,000 KM in illegal gains from the cantonal budget.
Ibrahimpašić declined to be interviewed by CIN.

Four years ago, CIN reported about this case and informed the public about the misuse of the budged and tryst among the doctor, orthopedic firms and the Institute.