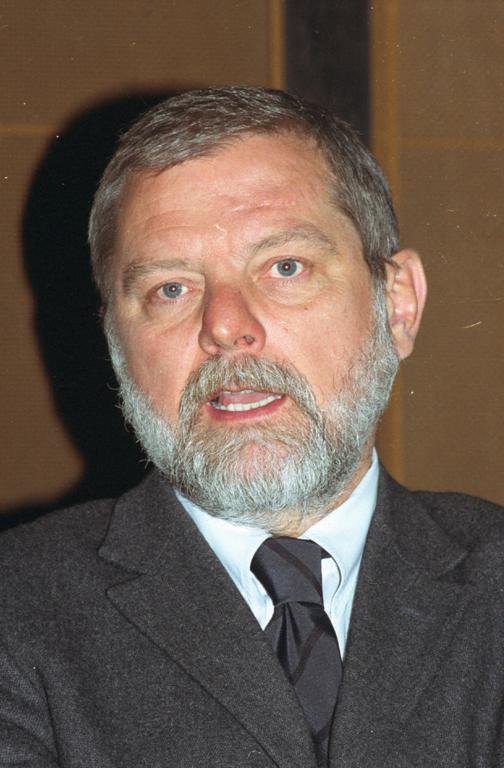 Ljerka Durbešić and General Ratomir M (Rade) Hamović could not know at the birth of their only son in the winter of 1949 that he would grow up to become one of the wealthiest businessmen in the Balkans.

Though friends and school colleagues say the signs were there early that Vuk Hamović was smart, especially in math and statistics, and that he would go far.

He did. The Polish magazine Wprost included him, one of six Serbs, in its 2005 list of the 100 wealthiest people in post-Communist countries. He came in at No. 91 with a net worth estimated at $350 million USD.

He has attracted public attention for more than his money. Over the past few years investigators in Bosnia-Herzegovina, Great Britain, Serbia and the United States have investigated the business practices of his companies. He has never been charged with a crime.

Hamović has succeeded in large part because of his skill at complex three-party international deals. He is quick to put up money, take risks and find ways to provide what each party in the deal needs. In dealing with state companies, he has been able to get the people in charge to sign deals that are favorable to Hamović – maybe too favorable, say investigators.

Hamović, careful about his controlled public image, refused to be interviewed for this story. His past business partners wouldn’t talk about him either.

But Hamović’s father has written an autobiography and public records on his international business dealings also provide information about the influential businessman.

Success in the Family

Around 1840, Hamović’s ancestors moved from Mount Durmitor in Montenegro to the village of Do near Stolac, and they thrived in the new setting.

By World War I they were one of the wealthiest families in Stolac, with two houses, including an Austro-Hungarian structure considered to be the most beautiful in town.

In his autobiography ‘Kapetan Rade sa Romanije’ Hamović’s father Rade credits his own father Milan, who died when Rade was only 5, as the mastermind behind the family fortune. He became rich trading in coffee and food during the war, winning concessions from the Austro-Hungarian government.

Rade Hamović writes that his father passed down his business smarts to his grandson, Vuk, whom he calls ‘a capable world-class manager.’

In 1931 Rade enrolled in a military academy in Belgrade from which he graduated at the top of his class. He joined Tito’s Partisans after World War II broke out. Eventually he rose to the rank of general and won an Order of the People’s Hero medal for exceptionally meritorious service.

He met another valiant Partisan, Ljerka Durbešić, a major and the descendant of a noble Croatian family, fighting under the name of Jelena.

The couple married and had two children, Nevena born in 1946 and their son Vuk three years later. They later divorced.

When Vuk was a teenager, his father, despite being a war hero, was forced to retire at age 52 and was removed from the Communist Party. The general writes that he may have been expelled for wounding the vanity of Marshal Tito by telling him that the Soviets, when invading Czechoslovakia, would not come into Yugoslavia. He was right.

Rade Hamović might also have been expelled because of his son’s friendship with the son of Aleksandar Ranković, former Interior Minister and head of the secret police. Ranković, expelled before Rade, was according to government intelligence reports implicated in a planned coup against Tito.

After his expulsion, Rade mostly tended to his garden and his family in Dedinje, an elite section of Belgrade. Vuk still stays at this family home when he visits from London. Since 1984, his father has lived in Ljubljana with his second wife.

During his father’s Party struggles, Vuk was diligently learning in Belgrade’s IV Gymnasium in Dedinje.

‘Vuk Hamović was always an excellent student and always distinguished himself with above-average intelligence. He was an exceptionally diligent man. Responsible’ says Vladimir Vukčević, now a war crimes prosecutor for the Republic of Serbia and a friend of Hamović’s from high school. The two remained ‘good buddies’ while doing compulsory military duty together in Sombor. They still see each other every five years at class reunions, the last of which was in 2003.

‘Vuk isn’t much of a social type’ Vukčević said, ‘I don’t know that he is in closer contact with anyone from school days.’

Professor Hasan Hanić, owner of the private Belgrade Banking Academy, remembers Hamović as a fellow student at the Economics Faculty in Belgrade.

‘His father was military chief of staff, and at that time Vuk was coming to the faculty in a Mercedes’ Hanić said. Although Hanić was a poor student from Novi Pazar who lived in the dormitory and Hamović was a son of a general, he said they became friends.

Ivo Raslapčević, another friend from university days and Hamović’s best man at his wedding, said Hamović never drew attention to his wealth and family position and didn’t spend freely. ‘His mother and father were very strict people’ he said. ‘It was me who was paying up for bar bills.’

After graduation, Hamović got a job at Energoprojekt. Founded as an architectural firm, it had dozens of operations and joint ventures in Yugoslavia and abroad. Hamović helped computerize banks and post offices. Seven years out of university, he had risen to department head.

Then he quit. Hanić, who went on to graduate studies with Hamović, said his friend left because of ‘differences regarding the concept of Energoprojekt development as a system, especially its IT sector, which he was running.’

Hamović has always been frank that what interests him is money, not power or fame. Reporters remember that before a news conference in Sarajevo a few years ago Hamović joked with them about his ambition. ‘Glory for others’ he said. ‘Money for me.’

Raslapčević said he thinks Hamovic left Energoprojekt because he was ready to start his own firm. He and other friends say Vuk has an uncanny ability to foresee what is about to happen in business and to take advantage of that.

‘To leave Energoprojekt in 1988 and start a private business was insane to me’ Raslapčević said. ‘For him it wasn’t. He is a visionary and knows a lot.’

A move to England and into worldwide business

As the 1980s ended, his military duty over and his masters degree in economics in hand, Hamović began the next phase in his life. He married and began a financial services company called Milnah with an Israeli partner.

The firm didn’t last long. After little more than a year he joined with Zoran Drakulić, ex-deputy director of Genex, an import-export firm with diversified interests. They opened a debt-trading business they called East Point based in Nicosia, Cyprus, and a company called Yu Point based in Belgrade.

Cyprus is home to many off-shore companies, firms not allowed to do business with Cypriot firms or people, but allowed to register there anyway. They enjoy low taxes and privacy. In the 1980s, Cyprus became a popular spot for Serbian business people to register their companies.

Hamović and Drakulić eventually parted ways. Neither would comment on why.

Hamović next became an executive in 1993 for GML International, a London firm he has described as a ‘small investment-banking boutique.’ He held that post for 10 years and during that time gained British citizenship. James Nye, with whom Hamović joined in other businesses, was also a GML executive from April 1997 until October 2002.

GML’s dealings with Elektropriveda Republika Srpska, and how it came to receive much of a USAID donation sent to Montenegro to cover electricity payments to the utility, has been the focus of investigators in three countries. Hamović and GML have denied wrongdoing.

While at GML, Hamović also moved into the banking industry. GML bought a share of the Belgrade-based Trust Bank. Hamović bought out GML’s share and later sold it to the Volksbank group of Austria. His partner in this venture was Milan Beko, minister of privatization in Serbia under Slobodan Milošević and one of Serbia’s wealthiest businessmen.

According to testimony by another business partner, Vojin Lazarević, before a Serbian Parliamentary review committee, and a 2004 report by the Serbian Anti-Corruption Council of the Government, Hamović also owns a share of the EuroAxisBank of Moscow, which was established in the 1990s with the aim of avoiding United Nations imposed sanctions on Serbia-Montenegro.

Hamović expanded from banking and debt trading into energy trading. Friends say he saw the possibilities in this field early and in 2000 started two companies in the UK called Energy Financing Team (EFT) with Nye, Lazarević and Svetislav Bulatović, former director of the Center for Energy Coordination (EKC) in Belgrade.

Beko would not comment for this article and would not explain why. Lazarević, former aide for foreign economic relations to Montenegrin Prime Minister Filip Vujanović, who was Hamović’s partner in EuroAxis and later businesses, did not return calls.

According to EFT literature, some 15 companies are listed under the EFT group, with three more in the process of forming. CIN found that EFT also has a parent company for the whole group based in Cyprus, although that company is not listed in the EFT literature. Records show that the EFT Group is licensed to trade on five international energy exchange markets: Germany, Austria, Italy, Romania and Slovenia.

But in 2003, a special auditor appointed by the Office of the High Representative reported that energy utilities, especially the utility in the Republika Srpska, had made contracts with EFT that were bad for the utility. The report led to numerous investigations by UK, American and BiH prosecutors who continue to consider the possibility of charges stemming from that report.

Hamović has worked to maintain a good image for his business despite that cloud, including the hiring of Robert Gelbard after the auditor’s report. Gelbard, a former colleague of then deputy OHR Donald Hays and a special U.S. envoy to Bosnia-Herzegovina, helped to set up a dialogue between OHR and the company.

Former RS Prime Minister Dragan Mikerević scoffs at criticism of Hamović. ‘When someone is successful here, his past is called into question’ he said, pointing out that he himself has two pending criminal charges.

Raslapcevic, Hamovic’s friend and the best man, said: ‘That he is now spit on and bad-mouthed speaks more about the people who will not allow anybody to stand out, but keep trying to pull them down.’