The Sarajevo Canton Court upheld a lawsuit against the FBiH Ministry of Environment and Tourism for issuing an environmental permit for the small hydropower plant to former basketball player Mirza Teletović. 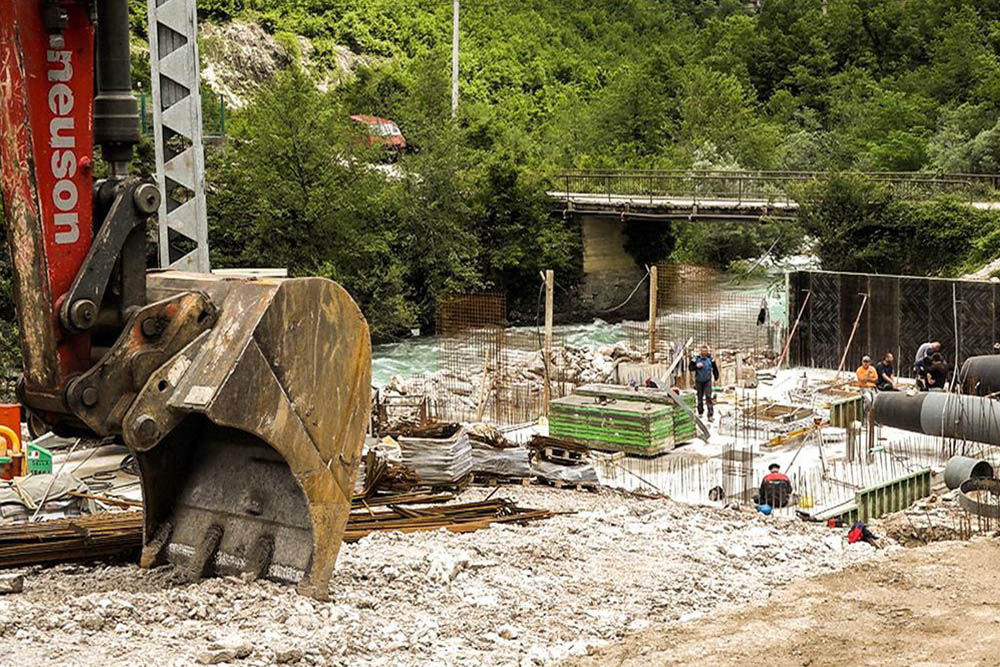 The Sarajevo Canton Court revoked the environmental permit for the construction of a small hydropower plant (SHPP) “Zlate” on the Doljanka River near Jablanica, issued by the FBiH Ministry of Environment and Tourism in 2017.
In its reasoning, the Court explained that the Ministry did not comply with the legal procedures on public consultations in the Federation of BiH in the process of issuing environmental permits for the construction of this SHPP.

The Ministry was obliged to provide the locals and the public with an Environmental Impact Study to inform them about the potential hazards that the construction of such a facility could cause. Although the members of the Association “Za Doljanku” asked the authorities to be involved in that process, it did not happen.

Dženan Šašić, a local and member of the Association, filed a lawsuit against the Ministry, and now, based on the court decision, the environmental permit is revoked and the entire procedure shall be repeated. This means that a convention of citizens of the surrounding local communities and a public debate must be organized by the Ministry.
“I am glad that justice has finally seen the light of day after three years. This is a message to all people – no matter how much power and interest there is on the other side, it is possible to do some things”, said Šašić to CIN reporters.

The Court in its reasoning found it incomprehensible that the Ministry refused to provide the public with access to information and participation in the procedure, thus violating the provisions of the FBiH Law on Environmental Protection.

Judge Aida Šabanović also challenges the application of the Environmental Impact Study because the recommendations of the EIA Study Evaluation Commission requesting the additional explanations of protection measures in case of terminated operations of the Plant, significant differences between the concept design and main design, and compliance with the legal regulations applicable to the protected area of Nature Park Blidinje were not fully complied with.

CIN wrote about this in late 2019. Reporters found that the institutions issued permits for the construction of a small hydropower plant “Zlate”, without the residents of the surrounding settlements participating in the process, even though regulations and conventions guarantee their rights in the matter.

Citizens Wronged on the Doljanka River
Government institutions issued permits for the construction of a small hydro plant Zlate. Local residents say that they had no say, even though regulations and conventions guarantee their rights in the matter.

The investor “Eko-Vat” and its owner Mirza Teletović should have secured the community’s approval through a convention. The convention never took place and the authorities also failed to organize a public debate for the locals to express their views on the construction of the SHPP.
Although afterward, more than 200 locals signed a petition against the construction, the Municipality of Jablanica nevertheless issued the necessary permits to “Eko-Vat”, rejecting the petition.
Emina Veljović, executive director of the association “Aarhus Center in BiH”, an environmental protection organization, said that these omissions constitute a violation of the provisions of Aarhus Convention on Access to Information, Public Participation in Decision-making and Access to Justice in Environmental Matters, which BiH, as a signatory country, is obliged to respect.
Mirza Teletović told CIN that the small hydro plant was not built so that he would profit from it. It was to build other projects, but that the locals did not understand this.
“People always complain about something, which is totally fine, I just feel bad that people do not understand the project. I’m sorry that people do not understand me as someone who hails from Jablanica”, Teletović said for CIN at the time.