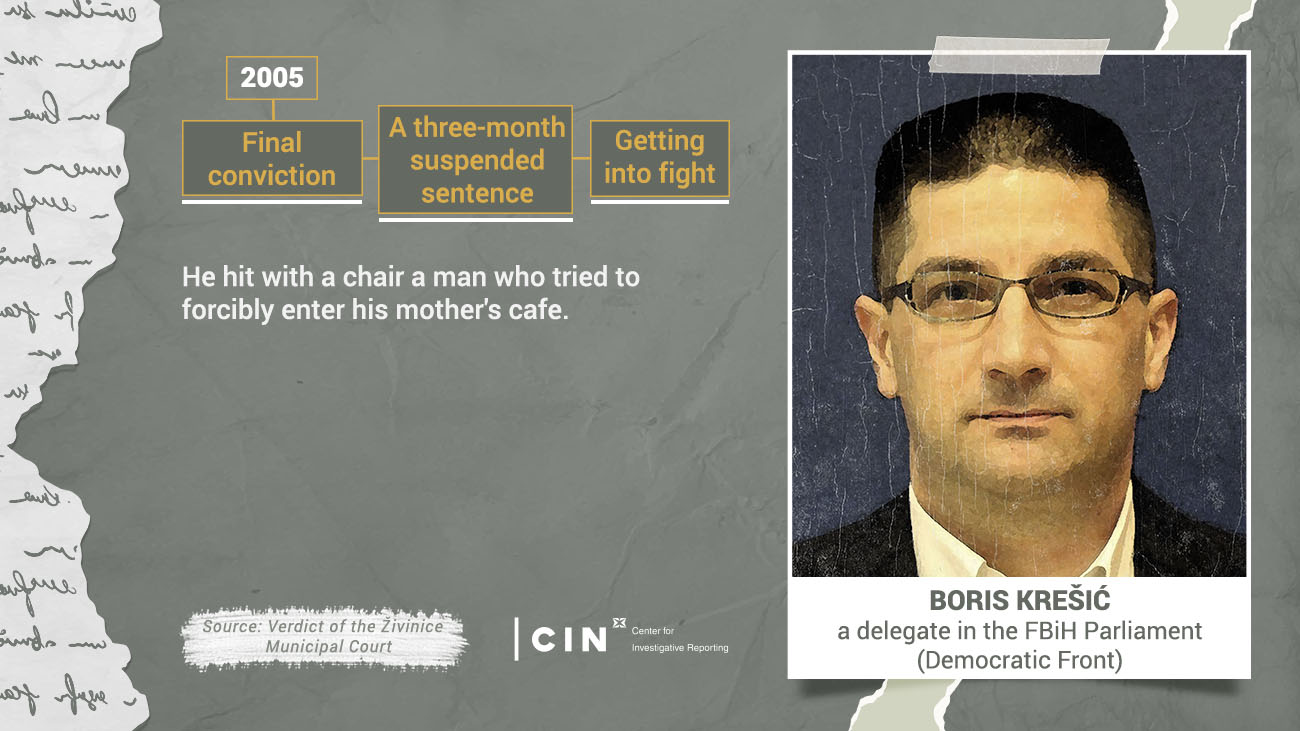 In its story “Legislators On The Other Side Of The Law” about convicted parliamentarians in FBiH CIN wrote that a delegate in the FBiH Parliament and a professor at the Law School in Tuzla, Boris Krešić, was sentenced to a suspended one-year prison sentence for participating in a fight.

The legal counsel of delegate Krešić, in a reminder before legal action, drew our attention to the incorrect information, stating that his client has been sentenced to a suspended sentence of three months in prison, which will not be executed if Krešić “does not re-offend” within a year.

The accurate information is stated in the infographic, which is an integral part of the story, but a mistake was made in the text during the editing process.

In its investigation, CIN found that every fourteenth parliamentarian in the highest legislative body of the Federation of Bosnia and Herzegovina has been convicted, mostly of fights, shootings, racketeering, threats, destruction of property, and abuse of office. Among them, more than half are re-offenders.

Legislators On The Other Side Of The Law

This story was born out of the need to inform the public about less-known information about the elected representatives who, in the legislative bodies, decide on the quality of life of citizens.

Intending to inform the readers about it, CIN reporters sent FOIA requests and received responses that showed that a large number of the FBiH MPs have criminal records.

We apologize to Boris Krešić and the readers for stating incorrect information about the sentence imposed on him by the Municipal Court in Živinice, and confirmed by the Cantonal Court in Tuzla in 2005 for participating in a fight.