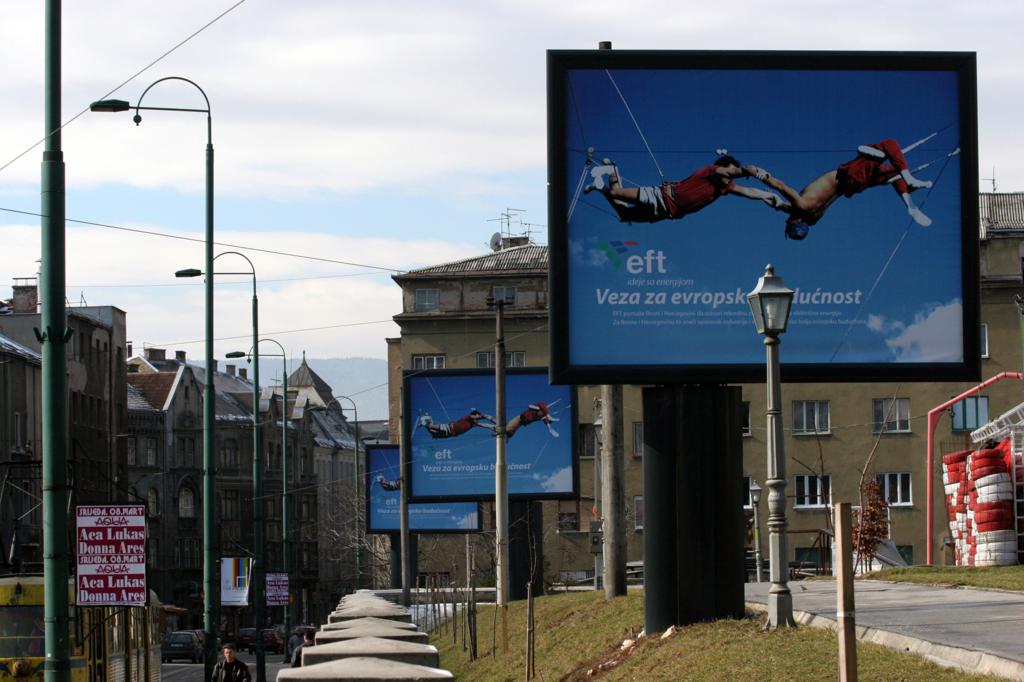 Hamović is the founder and president of Energy Financing Team (EFT), a UK-based energy firm that has significant contracts in BiH, including plans to build a 420 MW Thermal plant in Stanari.

The case is an important test of a UK law passed to conform to the Organisation for Economic Co-operation and Development (OECD) Anti-Bribery Convention, which was signed in 1997 by 36 countries to combat corruption and the influence of organized crime and terrorism. It outlaws UK citizens from committing certain acts such as bribery abroad. However, all significant attempts to prosecute under the law have so far failed. Hamović is a UK citizen.

The origin of the allegations against Hamović stem from a 2003 audit of Elektropriveda Republika Srpska (EPRS) that found the company had signed away most of its excess power production to EFT at a cost that was below the production cost. The audit, which was strongly disputed by EFT, alleged senior management at EPRS may have committed fraud and recommended an investigation.

That investigation was done in 2004 by the Special Department for Organized Crime, Economic Crime and Corruption of the Prosecutor’s Office Bosnia and Herzegovina (BiH), which found a number of irregularities. In a report filed in April of that year, prosecutors said that Hamovic may have been involved in a scheme that was ‘an apparent attempt to misappropriate’ funds through a series of short term loans that earned high service fees.

In 1999, USAID agreed to pay off an $11.9 million debt that EPRS owed to Elektropriveda Montenegro (EPCG) to reward Montenegro, which was then not cooperating with Slobodan Milosević. USAID gave a series of six payments to EPRS that were to be transferred to EPCG.

EPRS received the first installment of $3.7 million in August 1999 and approached EPCG to repay them. But EPCG said that EPRS’s debt had already been paid and they should instead pay Swiss-based GML International.

‘This suggests that GML was aware of the timing of USAID transfers’ said an investigators report. ‘The payments to GML International were superfluous and do not adhere to any business purpose.’

A spokesman for EFT said the purchases helped EPCG because it added ‘liquidity’ to the system. Prosecutors said they strongly suspected there was no business reason for the debt purchases and believed it was for the benefit of GML.

The prosecutor also suspected EPRS signed other harmful contracts with EFT and other companies on tenders from 2000 through 2003.

Prosecutors in BiH asked for UK prosecutors to seize records from EFT in London in 2004. After a two year court battle, in which EFT tried to block the records from being sent to BiH, those records were delivered in 2007. Shortly thereafter, however, the case was halted by BiH prosecutors.

A statement from EFT claimed the case was dismissed for lack of cause, but the prosecutor in the case disagrees.

‘That’s the real reason. The special department was chronically under funded. It lacked experienced prosecutors. We did not have the money to hire a forensic accountant to do a proper investigation on the case. It was not because of a paucity of [suspicious information]’ Ratel said from Iraq, where he serves as a prosecutor.

Ratel said the case could be re-opened in BiH if the SFO has new evidence of wrongdoing.

EFT has denied the problem.

‘After more than four years, the investigation by the British Serious Fraud Office (SFO) into the business activities of the EFT group was officially closed without initiation of a criminal proceeding. EFT points out that it expects the investigation against the company’s president Vuk Hamović to also be officially closed in the following weeks’ EFT said in a statement. EFT has said they received a letter from the SFO clearing the company.

David Jones, a spokesman for the SFO, did not deny EFT’s statement that they had received a letter from the SFO. He said the matter has been referred to the Attorney General and would not comment further.

It is not uncommon for prosecutors to seek criminal charges against a company’s officers rather than the company itself because, unlike a real person, a company can only be fined, whereas a person can be sentenced to prison.

This is not the only case that has not been prosecuted involving foreign bribery. Scotland’s predecessor Lord Peter Goldsmith blocked a corruption case into BAE Systems, the British Aerospace giant, which was accused of setting up a slush fund for Saudi princes.

The UK has come under attack by the OECD for failing to meet its obligations under an anti-bribery treaty it signed.

‘The attorney’s office is yet again interfering in an overseas corruption case. The government has consistently argued that the UK’s old corruption laws were quite adequate for prosecuting corruption’ said Susan Hawley of Corner House, an anti-corruption group. She called the refusal to prosecute ‘extraordinary.’