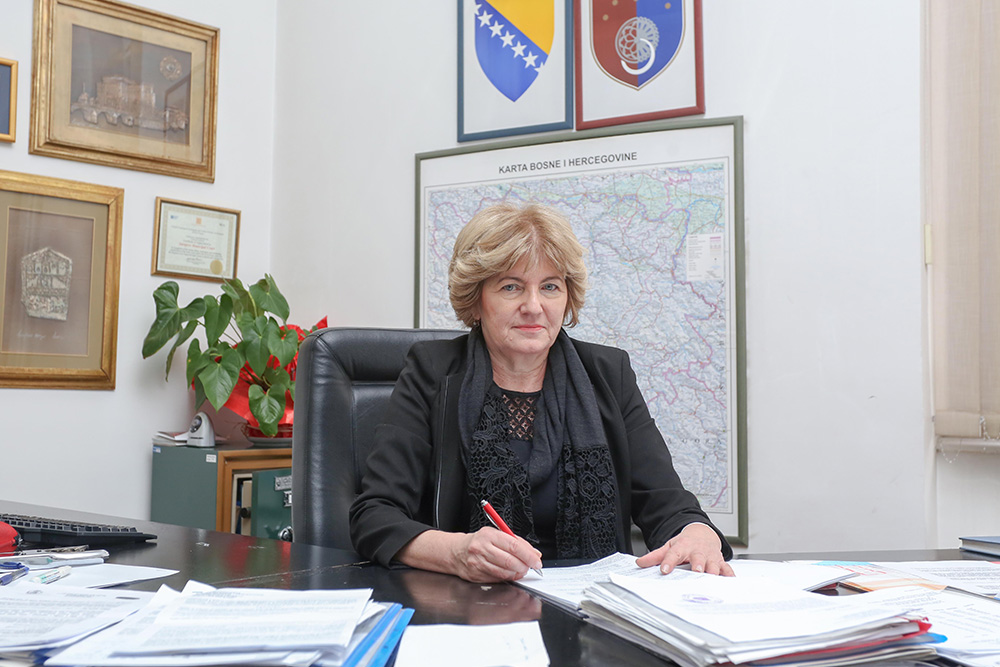 Municipal Court in Visoko rendered a first instance decision revoking the decision of the Sarajevo Municipal Court based on which Olja Avdagić, an employee of this court, was hired in 2018 as an expert associate for the enforcement of criminal sanctions.

It was established that Avdagić did not meet the conditions of the competition because she did not have the required work experience following the completion of her education, hence the decisions on the selection of the best-ranked candidate were illegal.

Jasmina Lončarević-Tucak, the second best-ranked candidate appealed this decision. With the decision of March 25 this year, the Court ordered the Sarajevo Municipal Court and the Civil Service Agency of the Federation of Bosnia and Herzegovina to issue a decision to remove Avdagić from the list of successful candidates and render a decision on the appointment of the next best-ranked candidate, Jasmina Lončarević-Tucak within 15 days of the Court decision.  They were allowed to appeal this verdict within the same deadline.

Back in 2020, CIN wrote about irregular recruitment to this court.  Journalists revealed that Avdagić was one of nine employees that president of the Sarajevo Municipal Court Janja Jovanović recruited and assigned to positions for which they did not have required professional qualifications and passed a professional exam. She also kept in jobs some who should have retired.

In 2015, Avdagić, who is an acquaintance of president Jovanović and who at the time had a medical secondary school diploma and passed no professional exam, was hired as a typist.

“She was a good typist.  She has not taken a professional exam, but was given a deadline to remove that irregularity, which is in line with the law,” explained Jovanović to CIN journalists at the time.

Illegal recruitment in the Palace of Justice

In early 2020, the President of the Municipal Court was disciplined for these omissions by a  High Judicial and Prosecutorial Council (HJPC) by a letter of reprimand, which is not made public.

Members of the Disciplinary Commission comprised of judges and prosecutors found the following violations: “Rendering decisions that manifestly breach the law or persistently and unjustifiably violate the rules of procedure” and “disregard or negligence in the performance of official duties”.

“I do not feel responsible for anything. Not at all!”, said Jovanović.

Avdagić graduated from the Law School in Vitez, the same year she got a job at the court. She applied for the position of an expert associate for the enforcement of criminal sanctions in 2018.

To qualify for this competition, she was ought to have five years of work experience in the position of an employee and a passed professional exam or, in the case of a university degree, a certificate of completed one-year internship in the relevant field. As she did not take the professional exam, she chose the second option.

The certificate of the one-year internship was issued to her by the Association “Obala Art Center” based on two six-month volunteer contracts.  It stated that she worked there during 2015 and 2016 on legal affairs relating to the organization of the 21st and 22nd Sarajevo Film Festival.

The FBiH Ministry of Justice told reporters at the time that work experience cannot be claimed based on these contracts and that the certificate of volunteering cannot be used in a public competition for a position of a civil servant.

Also, according to the data from the contract with the “Obala Art Center”, Avdagić volunteered for SFF at the same time when she worked at the Municipal Court.

All of the above was reviewed in this proceedings, wherein CIN research was presented as evidence.