Even when caught in the act of helping smugglers -- and recent cases show they are -- it is difficult to prosecute or punish customs officers and border police. 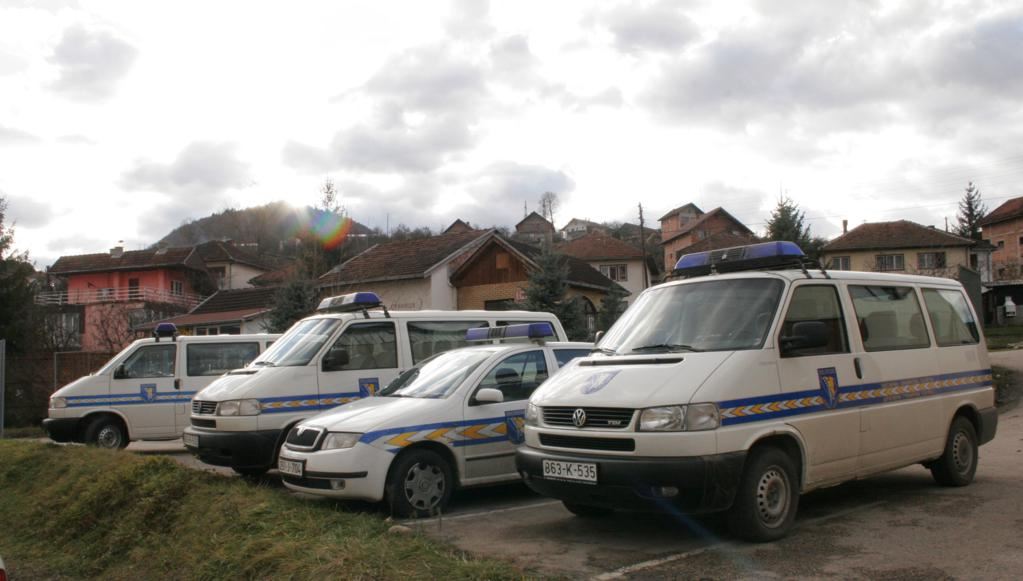 Legitimate small businessmen are increasingly bitter about the unfair competition they face because of unchecked smuggling.

‘People are smuggling everything across the borders and this is dumping prices of our products, vegetables and fruits’ said Vlado Župarić, president of the Posavski Canton Chamber of Commerce.

Exactly how many law enforcement officials are mixed up in illegal trans-border trading is difficult to know. But a number of recent cases suggest a pervasive problem.

Caught in the Act

In the most recent incident, earlier this month 12 policemen with the Border Police’s Doljani unit were suspended from work for involvement in a ring that illegally imported an unknown number of cars into the country. A three-year internal investigation by the Border Police that has now been turned over to the BiH Prosecutor’s Office suggests that the policemen were working with five customs officers and six freight forwarders.

If they are familiar with the case of Miloš Knežević, a police officer with the Republika Srpska Ministry of Interior (MUP RS), the suspended border policemen won’t have to worry much about the outcome.

In late 2005, Knežević was assigned to the police station in Janja near Bijeljina, when the Border Police found him with two men unloading his car outside a house in Bosanski Brod. In his car were 1,750 packs of various brands of cigarettes; 2,920 more were stacked in the house garage.

Knežević was arrested along with Mladen Nedinić. Nedinić had a police record for selling goods illegally. The third man with them, however, Drago Topalović, fled in his Golf, which was filled with another 500 packs of cigarettes, according to a BiH Border Police report.

The report found that the cigarettes had legal tax stamps from Serbia and Croatia, meaning they had been smuggled into BiH.

But a MUP RS Disciplinary court did not treat this as a case of a policeman being caught red-handed committing a major crime. They also did not consider that three people were involved in the crime, a fact that by law would have categorized it as the activity of an organized criminal group.

Knežević was not even fired, just transferred to his home village of Lopare. His pay was cut 30 percent for four months.

The disciplinary court prosecutor, Snježana Lazarević, said she could not justify firing Knežević, because she did not have a full report from Border Police or a report from the BiH prosecutor’s office. Lazarević would not comment on why she did not ask for the testimony of the border guards who made the arrests.

A spokesman said that prosecutors saw the report and decided there wasn’t enough evidence. They neither indicted Knezević nor sent the report to MUP RS for any administrative action.

Disciplinary judge Vasilije Savić, who handled the case, said that he couldn’t remove Knežević because of the lack of a criminal indictment.

That is not the case. The MUP RS Rulebook would have allowed the judge to hit Knežević with enough demerits to justify his dismissal by superiors.

Knezević and Nedinić told the disciplinary court they had not been working together and had only first met a few months before they were found with the cigarettes. Nevertheless, Nedinić asked Knežević to use his car to transport goods, which they did together. Both say Knežević was unaware the goods were illegal cigarettes. Knežević testified that, despite the crates of cigarettes in the garage and car, he didn’t know that Nedinić was selling cigarettes out of the garage where they were arrested together. The judge chose to believe the two over the Border Police.

The Case of Franjo Ilić

The punishment for border policemen who dabble in smuggling can be equally light.

For Franjo Ilić, the punishment by the Border Police for misuse of his official position after collecting bribes for a period from two cattle smugglers was a six-month 20 percent pay cut. Criminal charges were brought by the Border Police against Ilić for accepting bribes, and to two colleagues from his patrol unit, officers Zoran Ikonić and Enes Oputar, for failing to report the bribe.

Alen Sipović, a butcher from Priboj in Serbia, told police that he smuggled cattle from Serbia to BiH with a partner, Vule Arsić from Rudo, who co-owns a family restaurant and a butcher shop. Ilić turned a blind eye to their activity, they said. Things were going smoothly until Ilić raised his price to 1,000 KM per border crossing.

Hostile words were exchanged and insults traded until Ilić handcuffed Sipović and turned him in. The two smugglers then began talking and Border Police Internal Affairs took over.

A Border Police disciplinary prosecutor charged Ilić and his colleagues. During the hearing, Ilić and his colleagues claimed that they do not know Sipović. However, Sipović’s telephone listings show numerous calls from Ilić’s mobile phone several months before the dispute. The phone listing was rejected as evidence because disciplinary prosecutor Predrag Crnogorac did not submit an authorized copy from Telecom Srbija. The disciplinary procedure inside the Border Police ended with Ilić’s release for ‘lack of evidence.’

The acquittal was appealed before the BiH Police board, and Ilić had his pay docked temporarily.

Border Police submitted a mandatory report earlier this year to the BiH Prosecutor’s Office, which may prompt criminal charges and lead to a harsher punishment.

Ilić said he could not comment for this story, but his lawyer said that he is trying to reverse the decision of the Police board at the Court of BiH.

Ilić’s commander Radomir Vasić said that the problem in the case is that all the evidence comes from two criminals, one a foreign national, and neither certain to testify.

Discipline is Not Dismissal

The Indirect Taxation Authority (ITA), the state agency that oversees the Customs office and is most directly concerned with smuggling and tax collection, is not immune to corruption or any more adept at taking decisive action against offenders.

During 2006 and 2007, the administration started 27 disciplinary processes against 24 employees suspected of cross border smuggling and similar acts.

As a result of these actions, only one customs officer lost his job. Nine received minor punishments, such as demotions or small fines, while five were absolved. The cases were dropped in three instances because the officers left the service. Three are suspended pending a prosecutor’s decision.