A man who says his wife committed suicide served five years for murder. His conviction was based on evidence given by forensic experts, who the defendant’s father said had demanded a bribe to change their testimony. 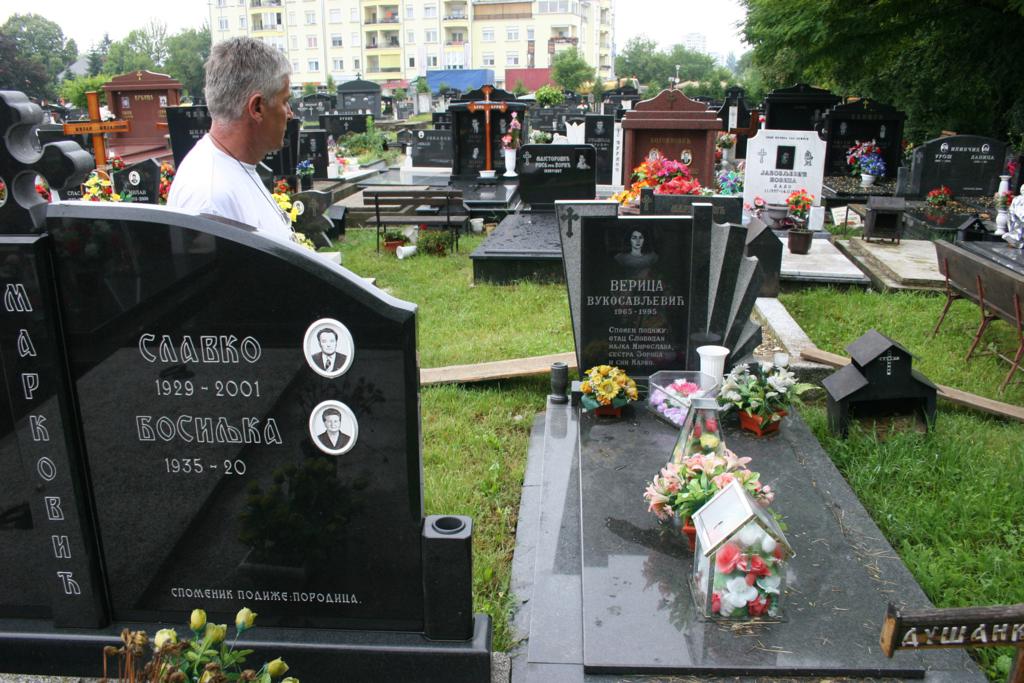 By all accounts, Darko Ćurlić and Verica Vukosavljević had a stormy relationship. The two Banja Luka residents had been married and had one son, but then divorced. Later they reconciled and were living together again. But Vukosavljević’s parents, Slobodan and Miroslava, said there was a dark side to their relationship. The grieving parents testified in court that it was a violent marriage and Ćurlić had threatened her with a gun in front of them.

The relationship came to an end in March of 1995, when Ćurlić, 47, a printer by trade, called police to his house, saying his ex-wife had committed suicide. Vukosavljević died when Ćurlić’s gun was fired into her heart while the couple were living in the house of Ćurlić’s brother, according to court documents. She was 30 years old.

Branko Gudalo, an investigative judge from the Basic court in Banja Luka, led a team of police and crime scene technicians that examined the room. Their preliminary report made that day was inconclusive on whether Vukosavljević had been murdered or committed suicide.

Witnesses told police about the abusive relationship, and crime scene tests showed that Ćurlić had gunpowder residue on his hands. A judge ordered a reconstruction of the events. Forensics expert Željko Karan, ballistics expert Željko Popović, and his mentor Milko Marić reconstructed the events and concluded Darko Ćurlić’s version didn’t match the physical evidence and that Vukosavljević was likely murdered. A key finding was that there was blood on Vukosavljević’s hands, but not on the supposed suicide gun, which was found away from the body. A week later prosecutors charged Ćurlić with the murder of his ex-wife.

But Vojin and Desanka Ćurlić, the parents of Darko Ćurlić, say that three months before this critical report led to their son’s indictment, Karan allegedly told them that if they paid him money, he could get their son out of jail.

In a petition Darko Ćurlić later filed with the Republika Srpska (RS) Supreme Court, he asked the court to take another look at the evidence and Karan’s role in the case. In the letter, Ćurlić said Karan contacted his father through his lawyer, Vlado Popović. His father was to meet with Karan at the lawyer’s office. Karan and Marić showed up late but left a number for Vojin Ćurlić to call. The next day Karan allegedly called Ćurlić and asked for 700 DEM to ‘let his son out of prison.’

Vojin Ćurlić said he didn’t want to talk on the phone and instead went to meet Karan at his house. He said Karan and Marić were in the house and Karan wanted to know why he wasn’t paying the money for his son’s release. Ćurlić said he’d pay when the case was over. He said Karan became angry and demonstrated how he could easily show how a gun could be moved and angled any way to prove his son was guilty if he didn’t pay the money. An argument ensued, during which Vojin Ćurlić later told reporters from the Center for Investigative Reporting in Sarajevo (CIN) that he refused to accept the deal.

Karan agrees that the two met at his house and discussed the case. His version of the meeting is completely different.

Karan said Vojin Ćurlić did come by his house with a hypothesis about what happened at the crime scene, but Karan said he called Marić and together they explained how guns worked and the trajectories of bullets. Karan said they argued and after Ćurlić made threats he kicked him out of the house.

Karan testified in the trial, which finished in April of 1996. The court ruled that the evidence and Karan and Marić’s testimony of their reconstruction proved Ćurlić murdered his wife.

The defense asked to have another forensic analysis done, but the court rejected them.

Ćurlić was convicted and sentenced to eight years in prison. In 1996, an appeals court in Banja Luka confirmed the conviction, but after considering extenuating circumstances decreased the sentence to six years, of which he later served five.

Krstan Simić, the lawyer who took over the case after Popović died, claims he didn’t know about the extortion and wonders why he wasn’t told.

While no one else can fully support Vojin Ćurlić’s story, part of it is backed up by Gojko Vasić, the Chief of the Criminal Department of the RS Ministry of Interior (MUP) and at the time inspector at a police station in Banja Luka.

‘I remember that a man came to me to report that he was asked for a bribe, but I redirected him to another office that was in charge of that. I don’t know what happened after that’ says Vasić. Vasić identified Vojin Ćurlić as the man who came to see him. Vojin Ćurlić said police told him to wait until the trial was over.

During Ćurlić’s appeal, Karan and Marić were under investigation for bribery, but this was never brought up at the appeal. Karan’s testimony was allowed to stand.

Karan himself allegedly acknowledged that his testimony was not considered credible. In an appeal in Ćurlić’s case, Simić recounts testimony by Karan from the trial in which the latter allegedly admits that during the case he felt pressure from MUP, who informed him they had no confidence in his analysis.