Non-Business Travels of the Academy Director

Director of the Sarajevo Police Academy Damir Vejo engaged in unauthorized use of a business vehicle of the Academy and entered incorrect data in the travel log. 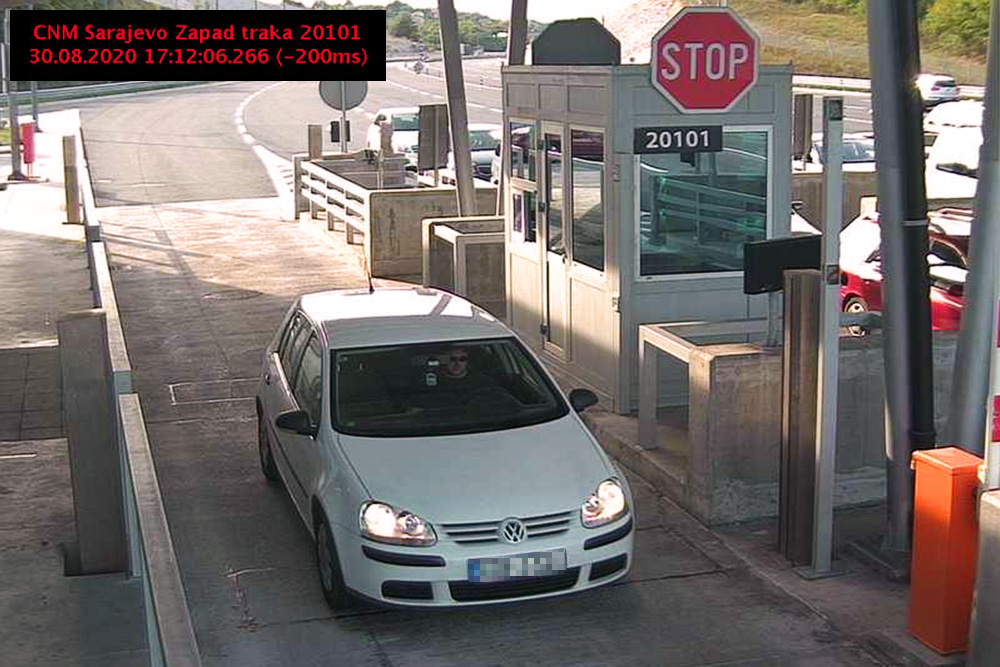 A white Golf owned by the Sarajevo Police Academy left the city without authorization at least 64 times in the last two and a half years. Director Vejo had been driving the vehicle on the motorway without authorization, while the costs of fuel and tolls for these travels were covered from the FBiH budget.

CIN journalists established that nearly half of the travels were made during weekends and holidays, and late at night. He was mostly traveling towards Zenica, South, and Travnik.

He had been entering incorrect data in the Academy travel log, claiming that he used the vehicle in and around Sarajevo and on working days only.

But even if that were the case, Vejo should not have been doing it since he had no authorization from the FBiH Ministry of the Interior (FMUP) to operate the vehicle, and also he had a designated driver.

150 kilometers in and around Sarajevo

According to FMUP regulations, for any travel over 30 km from the seat of the Academy and personal driving, director Vejo was required to obtain written authorization from the Ministry, which he did not ask for. Vejo refused to give a statement to CIN.

The Academy vehicle was available to him for the travels in and around Sarajevo, and in only seven cases he obtained authorizations for travels abroad and outside of the city.

Despite having a driver, Vejo often operated the vehicle on his own. FBiH minister of the interior Aljoša Čampara claims to have never authorized him to operate the vehicle: „No, never.“

Only in July and November 2019, Vejo was making over 150 kilometers on average, recording all these travels as local rides.

For example, during a weekend in mid-November 2019, he was observed driving several times on the motorway from Zenica to Sarajevo and vice versa. The 308 kilometers he traveled that weekend were entered into the travel log as local rides made during working hours.

Similar situations were occurring 2-3 times a month on average. This misuse was discovered based on the data of the Autoceste Federacije Bosne i Hercegovine [FBiH Motorway Agency] collected through the ACC TAG device for electronic toll collection, which is installed on all vehicles in the fleet of the FMUP. The cost of the tolls from unauthorized travels of director Vejo was debited to the FBiH budget and had he paid for them from his own pocket, he would have paid BAM 390.

In early September 2022, the FBiH Civil Service Agency Disciplinary Commission sanctioned Vejo by a 10-day suspension and commensurate pay cut for aunuthorized use of a business vehicle during weekends and holidays, but he was not held liable for driving during working days.

Even though the Disciplinary Commission had access to the same documents (monthly travel orders, and records from Autoceste FBiH), their rationale said that the violation during 12 days of weekends and holidays was half the number of days established by CIN.

Sanela Jakubović, chair of the Commission and employee of the FBiH Ministry of Transport and Communications said that Vejo was obviously using the car where it was needed, but also where it was not.

„They failed to prove that he used it for private purposes (…) so we cut him some slack for using it on working days“, said Jakubović.

The Disciplinary Commission held that the fact that Vejo was authorized to sign travel orders for travels over 30 km was a mitigating one, while not taking into account the fact that Zenica, Lašva, or Kakanj -where he was noticed – are twice the distance or more from Sarajevo.

„I do not know, it is hard to say, really. We deliberated for two days. I do not know if we ultimately found a good solution. The second instance (proceeding, author’s note) will tell“, said Jakubović.

Having learned from employees that the vehicle was rarely parked in the Academy parking lot after 4 p.m. minister Čampara filed a disciplinary report.

During Vejo’s term of office, the white Golf traveled nearly 47,000 km in two and a half years and spent 3,190 liters of fuel, while the servicing and maintenance cost was BAM 1,374.

The minister holds that there was no need for such a huge mileage since Vejo’s work is tied to the Academy in Sarajevo.  „Perhaps, sometimes – he would need to go somewhere once every two or three months“, said Čampara.

In June 2022, the case was reported to the Sarajevo Canton Prosecutor’s Office, which is currently verifying the allegations.

Damir Vejo graduated from the Faculty of Criminalistics, Criminology and Security Studies in Sarajevo, and holds the office of the Academy director and assistant minister of the FMUP since 2019. His monthly income exceeds BAM 2.050, and apart from meal allowance he also receives BAM 53 for travel costs. In two and a haft years, he earned BAM 5,500 for work in working bodies.

From April 2015 to December 2017 Vejo was a manager of Unis Group company, which sued him for abuse of office, and among other things, unauthorized use of a business vehicle. 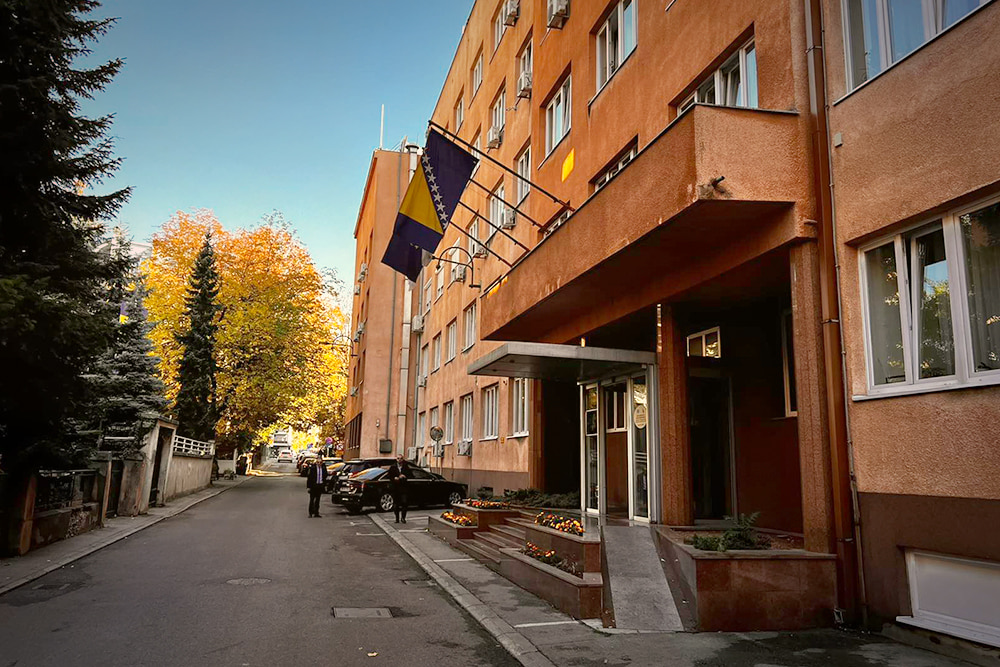 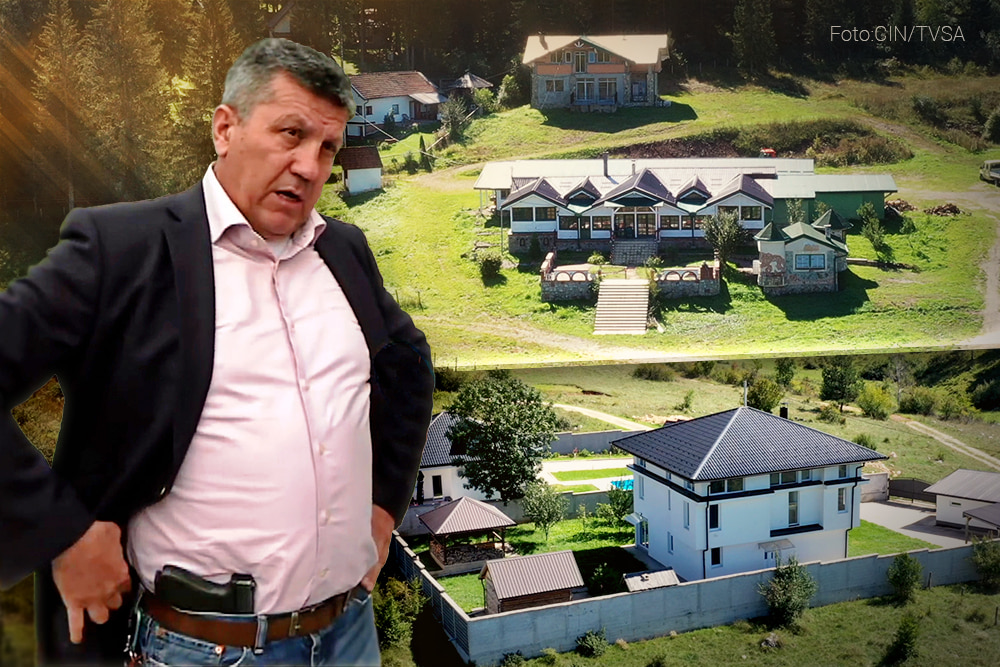