The company that runs the only BiH oil terminal in the Adriatic Sea has evaded bankruptcy but is still paying for bad decisions by the former management. 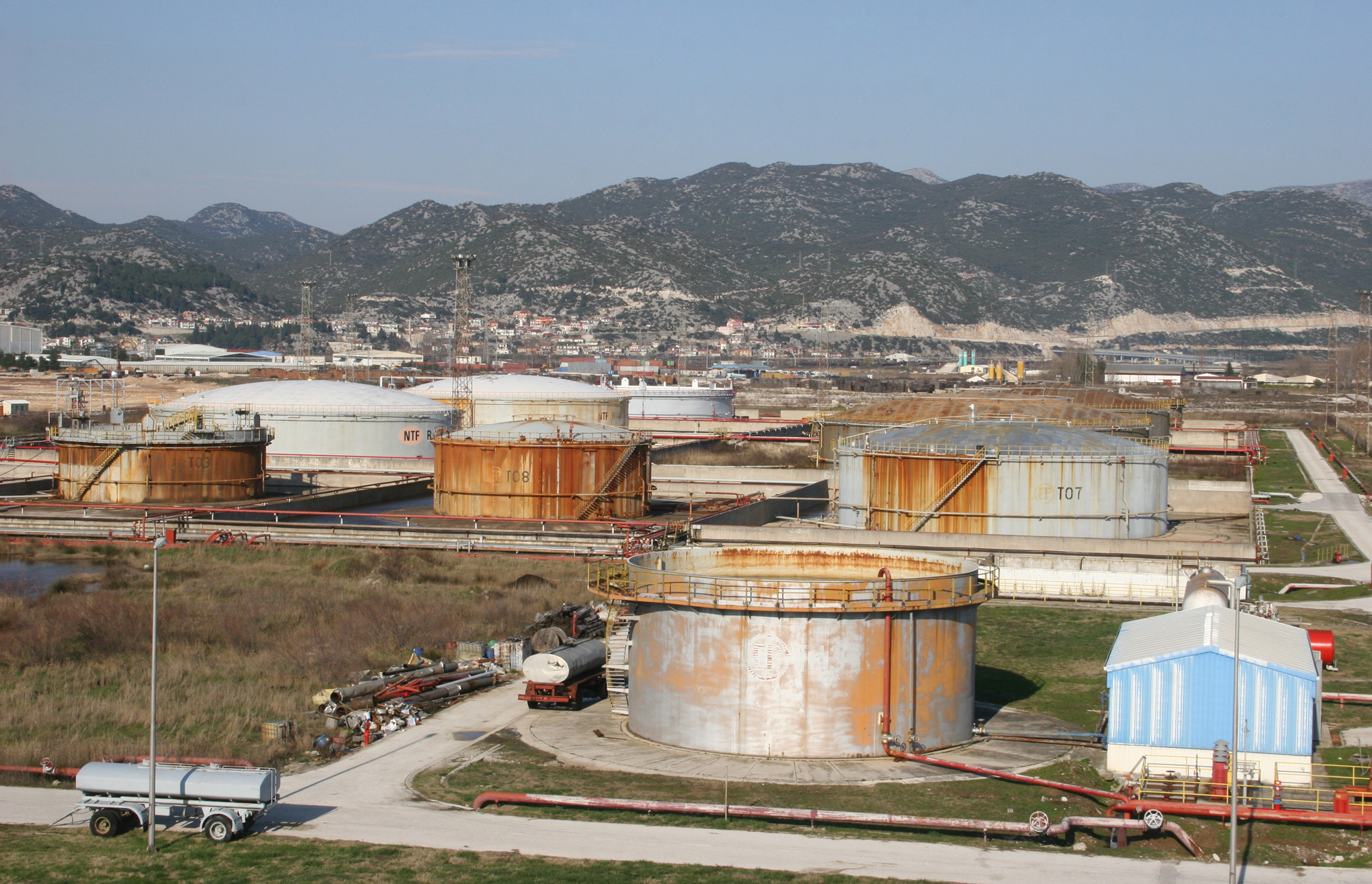 Since its inception in 2006, FBiH Oil Terminals in the port of Ploče, Croatia, has been working under the burden of liabilities that are mostly the result of contracts former managers signed with a British crude oil and products trading company.

The Federation of Bosnia-Herzegovina (FBiH) financial police has calculated that the former managers damaged the company by 9.8 million KM through decisions so bad the company has twice moved to the brink of bankruptcy. The FBiH government has saved the company twice by wiring to its accounts 4.7 million KM of taxpayer money.

The Terminals in Ploče is the only BiH-owned liquid fuels storage on the waterfront of the Adriatic. The Terminals owns 12 warehouses with a capacity for 81,500 tons of fuel. The management estimates the value of company at around 700 million KM. Its warehouses are of great importance to citizens because they save fuel traders around 40 million KM per year in transport, savings that are directly reflected in the price of fuel in the country.

The FBiH government has not always been a good steward of its terminals.

The chief inspector of the FBiH Financial Police, Zufer Dervišević said he reported on the Terminals’ problems to former Prime Minister Nedžad Branković at the end of 2007, but Branković never acted.

In July 2008 the FBiH financial police filed criminal complaints against the company’s former directors Drago Burđelez and Josip Tomić, and five other persons including Branković and the FBiH Minister of Energy, Mining and Industry Vahid Hećo.

Burđelez and Tomić are suspected of abuse of office and of signing bad contracts with Deltagrip Limited of London while government officials did nothing to protect the Terminals. The other three named in the complaint include two former members of the supervisory board and a former director of the Terminals’ parent organization.

Current Terminals management reviewed the contracts with Deltagrip at the end of 2009 and found that the Terminals lost more than 3 million KM due to the low prices it gave Deltagrip and to various penalties. In addition, Deltagrip is demanding compensation of 9.3 million KM for damage it says it has suffered.

Management fears this amount could go even higher. In reviewing it has come across but not yet analyzed some contracts Tomić signed that neither the Supervisory Board nor FBiH Financial Police knew about.

The first contract with Deltagrip in March 2005 was signed by Burđelez, then director of Energopetrol Ploče, which became the Terminals a year later. The British company got a 10,000-square-meter warehouse for US $50,000 a month, plus $1.5 dollars per a ton of handled oil. Oil trading globally is done in US dollars.

Burđelez signed a second contract with Deltagrip on Jan. 16, 2006, four days after he had been sacked. He offered up for rent two more unrenovated warehouses of the same capacity. However, this time the price per warehouse was even lower and amounted to US $40,000 and $1.75 a month per ton of handled oil.

The financial police established that this contract was damaging because it specified that the Terminals was not allowed to break a contract by any means in the following five-year period.

Burđelez said that it was not true that he had signed off on the contract after he was sacked and that the Financial Police didn’t know how to do its job. He added that management was pleased with the proceeds from Deltagrip.

The Terminals had no money for renovation so instead took a loan from Deltagrip. Burđelez signed a 1.9 million KM loan contract with the British company on Feb. 8, 2006, two days before leaving office. The Terminals borrowed additionally until its debt to Deltagrip was 3.5 million KM.

A new director continued to sign deals that damaged the company.. During his term Tomić signed more annexes to the contract with Deltagrip. According to the analysis of the current management this further weakened the Terminals. Even though the FBiH Terminals from Sarajevo, the parent company of the Ploče Terminals, ordered Tomić to change parts of the contract his predecessor signed he failed to do so.

However, Tomić singed off on an annex to the contract renting out the two warehouses that obligated the Terminals to reconstruct them within six months or else compensate Deltagrip for damages. The original contract set no date for the start of work, but current management says Tomić set a deadline the company was unable to meet. Because of the missed deadline, the Terminals paid 175,000 KM to Deltagrip.

A month later, on Oct. 10, 2006, Tomić rented Deltagrip one more warehouse in exchange for the two unfurnished ones. He also did this without the approval of the Supervisory Board. Instead of settling on a flat price for the rent of the warehouse, he accepted the price of US $4 per ton of handled oil. The management of the Terminals established that this cost the company 750,000 KM by mid-2008.

According to the Terminals, Tomić continued making bad decisions and in February 2007, he signed an annex to a Deltagrip contract, that saddled the Terminals with cleaning warehouses and offloading oil for free. The Terminals lost an estimated 640,000 KM with this deal

During 2007 Deltagrip was on average paid half the price for oil storage space compared to INA and Petrol.

During this period INA paid on average 7.2 KM, Petrol 6.4 KM, and Deltagrip 3.5 KM per ton of warehoused goods.

In April 2007, Tomić took out a loan of 4.8 million KM from OTP Bank. The money was supposed to be used, among other things to renovation warehouses rented to Deltagrip. In order to secure this loan as well as the loan from Deltagrip, Tomić mortgaged 150,000 square meters of the Terminals land. He did this without the approval of the Supervisory Board.

The parent company in 2007 tried to bring the Terminals Ploče into line. From the time he took over as the director, Tomić consulted no one about the decisions he made This is why in July a three-member management team was set up. Tomić was made its head, but he needed the signature of at least one other team member on any decision.

However, 10 days before the new team began operating, Tomić fit in one more bad decision, management officials say. He signed off on new and cheaper lease price for the two still unrenovated warehouses. Instead of paying a fixed price of US $40,000 a month, Deltagrip started paying instead $3.15 per a ton of handled oil. Tomić did Deltagrip a favor because the Terminals was late with the warehouse fixes. The FBiH Financial Police suspected Tomić of premeditated delay of the renovation so that he could continue to do favors to Deltagrip.

In a CIN interview Tomić said that he signed this contract so that he made sure that the Terminals was not paying penalties because of deals not honored.

‘I was only saving the deal’ said Tomić, acknowledging that there were delays. He didn’t want to delay other details from the contract.

Looking at the Deltagrip contract, a lawyer from Split Ivan Ožić said that there was no justification for a price reduction. In a report submitted with the current Terminals management, Ožić wrote that Deltagrip had stocked goods in the unfinished warehouses between June 2007 and March 2009, so was not appreciably inconvenienced.

Ožić said that the warehouses were used for ‘a ridiculously low price’ which ’caused a significant damage’ to the Terminals. He added that there was ‘no rational reasons for that.’

Perše said that the company partly used some of the warehouses and that it calculated this into its compensation claim. He said that the management accepted that arrangement.

Ibrahim Bećirbegović, director general of the parent company, fired Tomić in December 2009 and appointed Nikola Štula, a veteran engineer at the company.

Štula said that Tomić took with him some of the Terminals paperwork and that the current management was still trying to establish the facts about the company’s business dealings and the level of damages left from his stewardship.

In February current management found a 2007 contract that was neither stamped by a notary nor entered into the company’s register. It was signed by Tomić and it gave Deltagrip the right to subcontract the Terminals warehouses. Company records show that Deltagrip is renting space to a Swiss company, BNP Paribas. The current management said it will ask the Croatian Office for the Prevention of Corruption and Organized Crime (USKOK) to investigate the contract.

The management found another 2007 contract according to which the two warehouses were leased at the terms so favorable to Deltagrip for a period extended to 30 years instead of the previous five.

In correspondence with the FBiH government and the parent company, Deltagrip blamed the Terminals for a potential break up in the cooperation. It pointed out that it was in its interest that the Terminals was successful which is a pre-condition for fulfilling Deltagrip’s business plans in the region.

Deltagrip stopped paying the lease on the warehouses in August 2009. The management of the Terminals read this as one-sided termination of the lease contract. This March the Terminals offered the British company a new lease but at higher prices. Deltagrip rejected the offer and blocked the Terminals’ accounts demanding the payment of 1.3 million KM, that is, the rest of the loan.

Perše said Deltagrip has not stopped paying and that current Terminals leadership took the matter into its hands.

‘They want to throw us out and don’t want to respect the contractual obligations and solve potential conflicts in a way that was laid down in the terms of the contract’ said Perše.

Štula, the current president of the Terminals, said that Tomić has endangered the company’s liquidity in his deals with Deltagrip and brought the company to the doorstep of debt bondage.

‘We could work for free the next 17 years for this basic deal’ said Štula adding: ‘Deltagrip has given US $2 million (3.5 million KM), and they want to snatch the Terminals, which is worth some €350 million (700 million KM).’