The Court of BiH handed down a final and binding sentence to a former police commissioner of Una Sana Canton for corruption and drug trade. 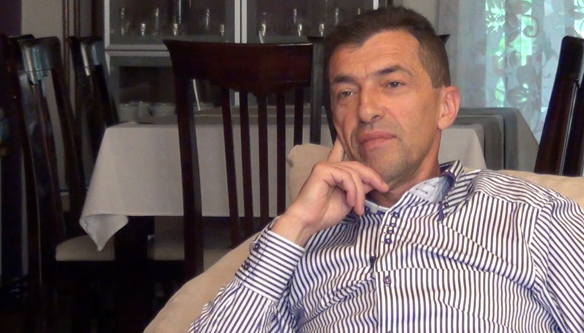 The Appeal Panel of the Court of Bosnia and Herzegovina (BiH) sentenced to 11 years in prison Ramo Brkić, a former police commissioner of Una Sana Canton (USK), while Senad Šabić and Satko Kekić received sentences of 10 and five years for production and trade in narcotics and abuse of office.

In 2010, Brkić got in touch with Šabić and other co-defendants tried for production of drugs in the canton. They agreed to do business.

Šabić and the group started to grow marijuana on several locations in the canton, while the police commissioner was taking a cut for tipping them off about the upcoming police raids.

The Court established that Šabić paid Brkić to suspend four police officers whom he had reported earlier to the police. Even though the policemen were acquitted, Brkić suspended under the pretext that he was just doing his job.

In an earlier verdict, Brkić was convicted to a year in prison for abuse of office, while today he received a concurrent sentence of 11 years. He must return illicit proceeding of €40,000 and 15,000 KM and cannot appeal the verdict.

The sentence will take into account the time the convicts have served already. Šabić was not present when the verdict was rendered for medical reasons, said his lawyer Vlado Adamović.

The first instance verdict rendered at the end of 2013 sentenced Brkić, Šabić and Kekić to the same sentences. After both prosecutors and defense had appealed, the Appeal Panel of the Court of BiH threw out most of the charges and ordered a retrial.

New Trial for Former Commissioner Brkić
The Court of BiH Appeal Chamber has partially overturned a first-instance verdict against Ramo Brkić, the former police commissioner of Una-Sana Canton, and his co-conspirators.

The retrial was put on hold last February when Brkić and Šabiće were arrested together with Azra Miletić, an appeal judge with the Court of BiH, on allegations that they bribed her to give out a favorable verdict. Thus, the retrial began with a different panel.

Judge Miletić, Šabić and Brkić are awaiting the beginning of a trial for bribery.

Justice Miletić and Former Commissionaire Brkić Pleaded Not Guilty
A Court of Bosnia and Herzegovina justice, a former police commissionaire of Una-Sana Canton and Senad Šabić are charged with accepting and giving bribes during a court proceedings.

The prosecution was initiated by a major police operation code-named Kastel leading to the arrest of 38 person, including Brkić, Šabić and Kekić. In January 2012, the BiH Prosecutor’s Office charged 23 persons with organized crime, production and sale of narcotics, abuse of office, illegal interceding, certification of untrue content, accepting gifts and other forms of benefits, and forging of official documents.

During the investigation and trial 12 persons pleaded guilty and seven were acquitted. One case was sent to be tried before the Cantonal Court in Bihać.

A documentary produced by the Center for Investigative Reporting in Sarajevo has followed the police operation from its start as well as the subsequent state court proceedings.