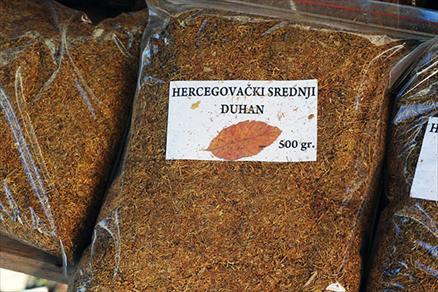 Around 35 tons of tobacco, several machines for cutting tobacco, 150 master cases of cigarettes without documents showing their origin, large sums of cash, paperwork and other items have been seized today in a police operation code-named “Leaf“, according to the officials from the State Investigative and Protection Agency (SIPA).

SIPA said that other law enforcement agencies together with the officers of the Indirect Taxation Authority are involved in the operation investigating offences related to organized crime, tax evasion or fraud, abuse of office or authority and bribery.

SIPA officers arrested 33 persons who will be interrogated as suspects. The prosecutor in charge of the case will later decide what will happen to them. Currently, four persons have been jailed, while other activities continue.