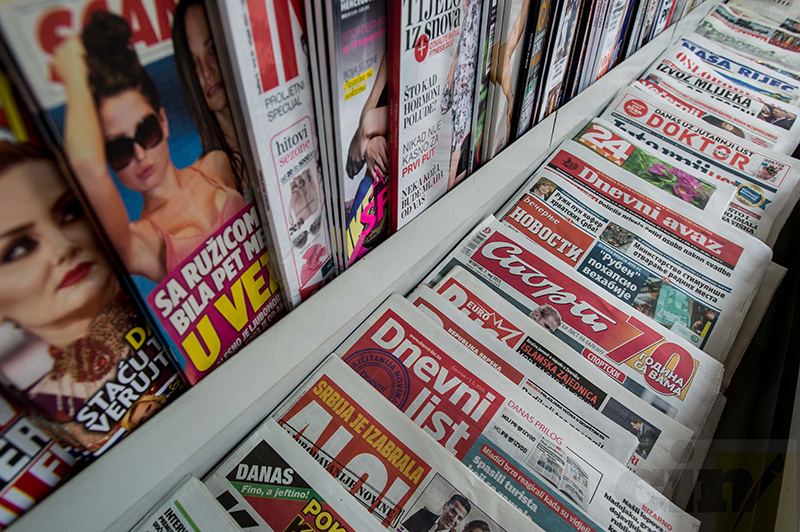 The world marks today as World Press Freedom Day. Bosnia and Herzegovina (BiH) ranked 66 out of 180 countries in 2015 in terms of press freedoms according to Reporters Without Borders.

The country has not made progress on improving media freedom and, in fact, has gotten worse since 2012.

“Unfortunately, none of this issues is new. In January, I warned the BiH Presidency about all of these issues, as well as ever more frequent threats and violence to media, including attacks on journalists, police raids of newsrooms, a high number of lawsuits against media submitted by high ranking politicians,” Mijatović told Dnevni Avaz.

Since the end of last year, BiH media has been shaken by a police raid of the Sarajevo portal Klix.ba; assaults on television crews of BN and TVSA televisions and assaults on the editors of Tačno.net portal.

The Association of BiH Journalists reports that the country has seen: 400 cases of denying reporters freedom of expression and journalistic rights; 60 physical assaults on reporters and 17 death threats in the past eight years. Binding judgments were meted out only in nine cases of assaults on reporters – two were prosecuted as criminal, while others as misdemeanor cases.

According to a report from Reporters without Borders, 24 reporters were killed, while 158 detained worldwide in 2014.

World Press Freedom Day was proclaimed by the UN General Assembly in 1993 with the goal of promoting freedom of thinking and expression as a fundamental human rights. Since then, the day has served as a reminder that free journalism is threatened in many countries, while news reports are censored and reporters physically and verbally assaulted.

This year’s winner of the UNESCO Guillermo Cano’s World Press Freedom Prize is a Syrian journalist and activist Mazen Darwish who was arrested in 2012 and has been detained ever since.