Financial police complain that when they find abuse of office and illegal expenditures by officials, their reports gather dust in prosecutors’ offices. 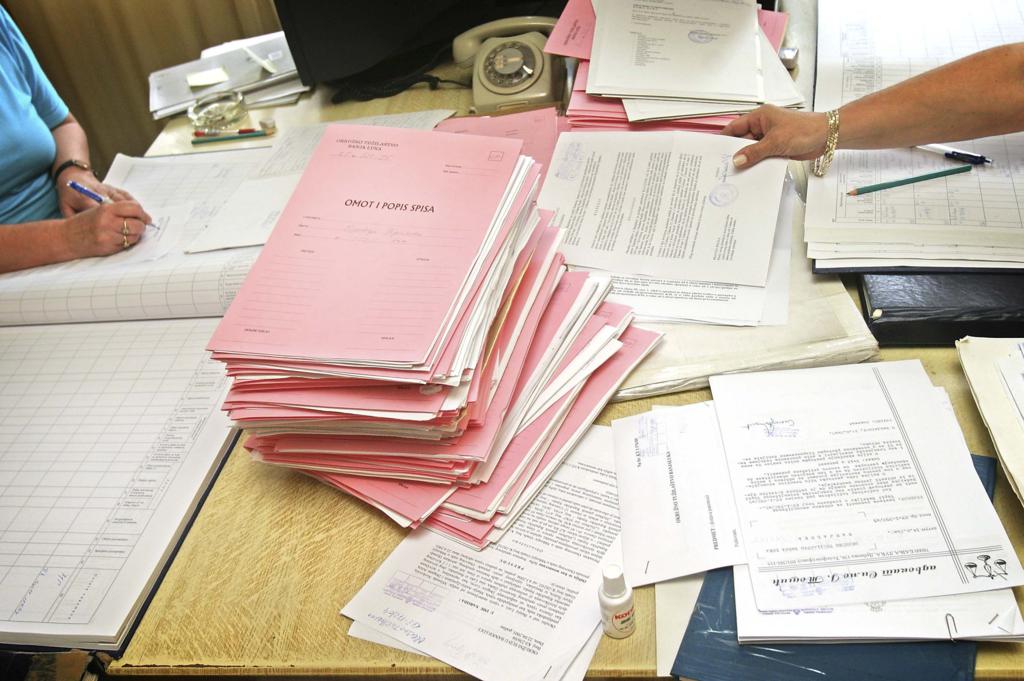 ‘How capable are we to handle that is hard for me, as a minister of justice, to tell you,” said Bosnia-Herzegovina Minister Slobodan Kovač.

In one case exactly of the type reform was supposed to address, Federation Financial Police found that 21 former and current Srednjebosanski Canton government officials had inappropriately spent more than 1.2 million KM between 1997 and 2001. But the police issued a report on this 3 ½ years ago, and no charges have resulted.

A frustrated chief of the police unit, Zufer Dervišević, said that time lag was inexplicable, and he blames prosecutors.

‘As far as the SBK goes, I will say that those people are arrogant and under the influence of politics,” said Dervišević.

The chief said that prosecutors had clear evidence and enough time to have acted twice. He wondered if SBK prosecutors have ever pushed a case to its conclusion.

He said the protracted case has helped create an extremely negative picture of the BiH legal justice system.

The SBK case indicates that problems identified by a United Nations team six years ago still linger. They wrote in an assessment that the “Criminal justice system in BiH… is not efficient in processing cases and does not promote efficient criminal prosecution of corruption cases.”

In the report “Criminal Prosecution of Corruption,” the experts wrote that: “At the moment, the general public is justified in perceiving BiH institutions as shelters from which politicians are pursuing illegal activities with impunity. BiH politicians who want to keep the status quo are not interested in promoting the reform necessary to curb corruption in public and private sector.”

Dragan Popović, the prosecutor in charge of the SBK case, rejects the idea that the case has been mishandled.

He says that he doesn’t dare go to political party gatherings even as an ordinary citizen, because someone may accuse him of being under political influence.

‘We have a small number of people and many cases. Some of our workers ended up needing psychological help. I don’t know what is the cause, is it stress, or the pressure of what they are dealing with here, or something else. I’d rather not comment on that,” Popović said. He added that some of his colleagues are running away from hard cases. Asked if he is one of them he said, “Ask my boss.”

SBK’s Chief Prosecutor Senad Dautović said lack of staff was a major reason for the delay in prosecution. But he didn’t know how many prosecutors he had in his office…

‘Oh, I really need to count them now, just a moment… Elvira, how many prosecutors do we have?… Let’s see, we have 14 at the moment, and we should have 15,” he said.

His deputy, Popović, said there were 10 prosecutors.

The High Judicial and Prosecutorial Council said the prosecutor roster in SBK was full and that there will be no new job vacancies.

Dautović also said that he and his colleagues are doing a job that is not particularly attractive, and that prosecutors don’t receive hot meal and transportation allowances.

But prosecutors there earn about 2,400 KM a month, about five times more than the average salary in the Federation BiH. According to the HJPC, the SBK prosecution office budget for 2006 should be more than 1.5 million KM.

‘We lost two experienced prosecutors, who went to the state and cantonal prosecution office in Sarajevo, and then we got two other who never before worked in the legal justice system, but they fulfilled the requirements and worked in some companies,” said Dautovic. “Now, how much time do they need to learn?”

But while Popović praises the work of the financial police, Livanjski Canton’s Chief prosecutor Milorad Barisin blames them for delays.

“They submit a report and they are never there,” he said. “It’s not enough for police to turn in a piece of paper. Then they go out in public and make a fuss, like we submitted a report against such and such and there is no evidence.”

He said his five prosecutors are investigating 1,320 people, 15 percent of whom are suspected of corruption and abuse of office.

Corruption cases do no get priority handling

BiH prosecution offices, no matter how burdened by cases, have no legal obligation to prioritize cases and do the most important ones first.

Chief state Prosecutor Marinko Jurcevic, out of the country currently, promised to talk about corruption investigations next week. Chief entity prosecutors referred questions to their press departments. Questions submitted in writing were not answered.

“As far as the prosecution policy goes, we have to know which of those acts are becoming more frequent and then process those,” Kovač said.

Dautović said old cases are given priority in SBK.

‘You do have to know that the passage of time you’re talking about is influencing the case in a very negative way, and finally you have a moldy case,” said Kovač, a former prosecutor.

He said it was high time to make a strategy that clearly shows what the prosecution offices and courts need and what resources are at their disposal.

In the meantime, prosecutors have their excuses, citizens have expectations and investigations continue to take years.

‘We are trying to plow a lot here,” the minister of justice said, “and will we be able to finish it? God knows.”