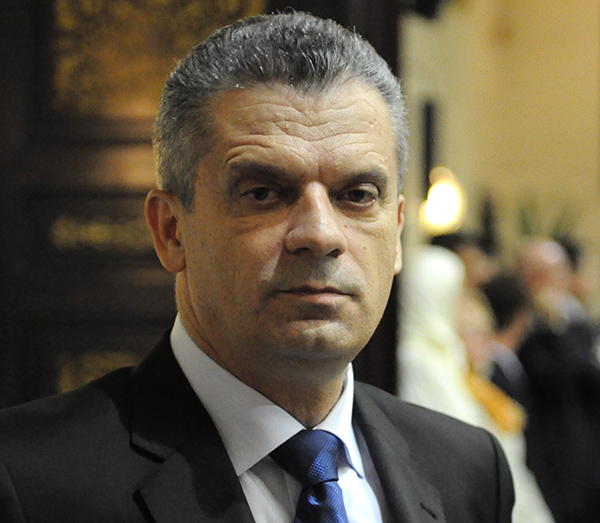 Today, the Prosecutor’s Office of Bosnia and Herzegovina (BiH) filed an indictment against Fahrudin Radončić, the president of the Alliance for Better Future (SBB) and a legislator with the BiH Parliament’s House of Peoples. His co-defendants are the secretary of the BiH Ministry of Security and SBB’s nominee for the state minister of transport and communication, Bakir Dautbašić, and Bilsena Šahman and Zijad Hadžijahić.

Prosecutors have charged all four with being party to an organized group which committed several criminal offences. Radončić is named the group’s mastermind and is charged with obstruction of justice and offering reward for passing legislation. He’s been in detention since his arrest on January 25 of this year.

Dautbašić and Šahman were arrested two weeks before Radončić. The prosecutors allege that during last month these two tried to intimidate and bribe a witness Azra Sarić to alter her testimony at the trial of Naser Kelmendi before a Priština court in Kosovo. the Kosovo Special Prosecutor’s Office’s indictment names Radončić as a member of the criminal organization involved in plotting the assassination of Ramiz Delalić aka Ćelo.

Hadžijahić is an employee of the US embassy in BiH. He’s a husband of Nermana Hadžijahić whom SBB nominated for the BiH ambassador in Slovenia. Last month, the SBB party’s press release explained that the party nominated Hadžijahić as a career diplomat, and not “so that her husband would pull strings in the US Embassy on behalf of Fahrudin Radončić or detainee Bakir Dautbašić.“ SBB also stated in the release that Radončić presented Bakir Izetbegović, a member of the BIH Presidency with Hadžijahić’s CV. She was subsequently appointed the BiH ambassador in Ljubljana.