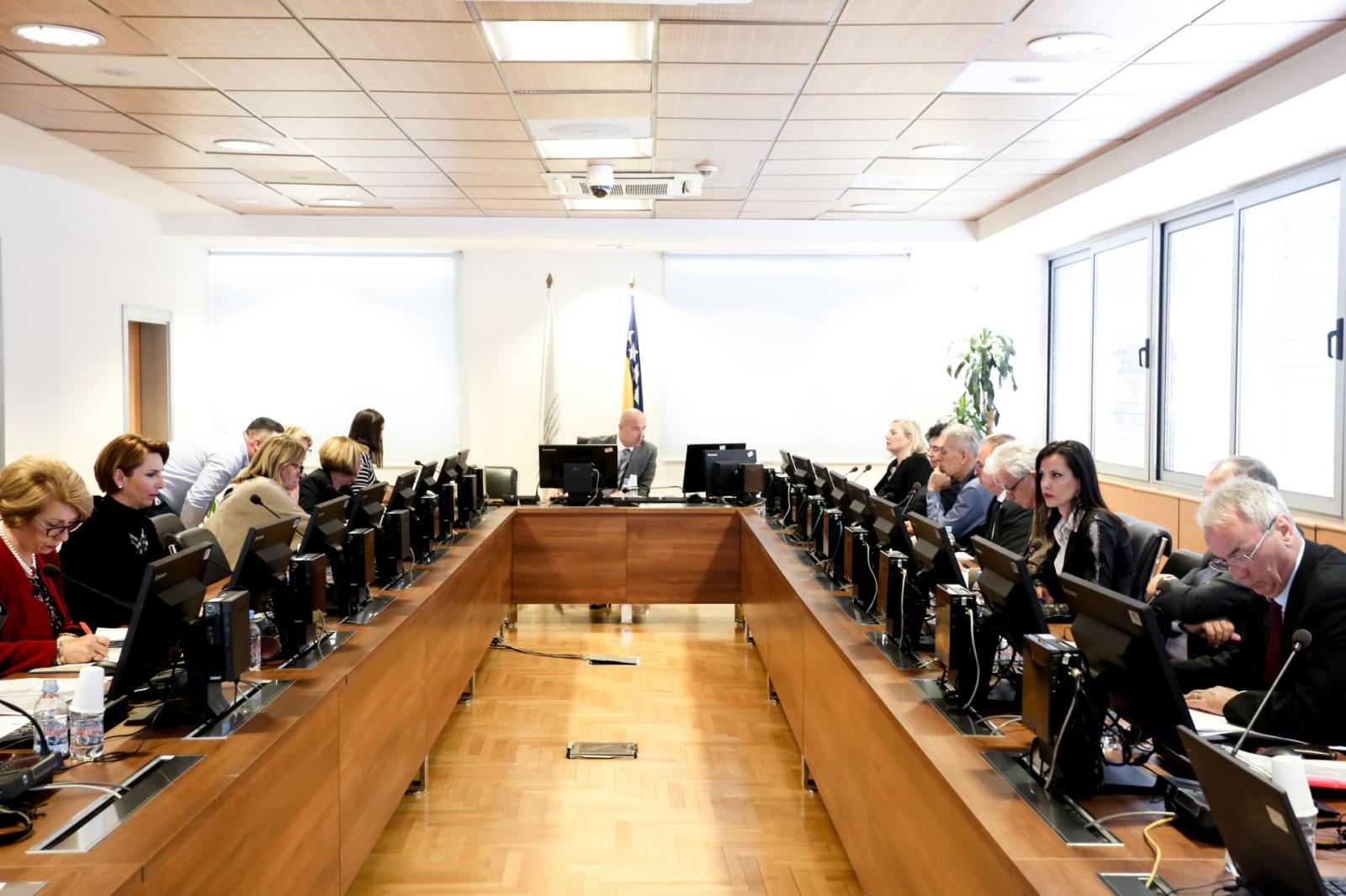 High Judicial and Prosecutorial Council (HJPC) adopted a draft Rulebook on Filing, Reviewing and Processing of Financial Statements that would provide guidelines to all judiciary office holders in Bosnia and Herzegovina (BiH) on how to submit their asset declarations.

European Commission and the Personal Data Protection Agency will give separate opinions about the document followed by a further discussion in what format the reports will be submitted and published and the ways to check records about judges’ and prosecutors’ assets.

Even though this is a third draft adopted by the Council, it remains a temporary solution that HJPC’s members reached after several hours’ long discussion.

“I think that at this moment we cannot do more than this, and we shouldn’t do less,” said the HJPC’s president Milan Tegeltija. “We did a good job. We walked at the outer limits of legality.”

Back at the end of September 2018, HJPC adopted a rulebook which allowed this institution to verify asset declarations against other official records. The Association of Judges at the Court of BiH complained that this could lead to abuses and security threats to judicial office holders. They filed a complaint with the Personal Data Protection Agency and also received support from other judges. The Agency upheld the complaint prohibiting the HJPC from verifying asset declarations.

HJPC filed a suit. Meanwhile, it also tried to find a solution for this issue. At today’s session, its members planned to adopt a new rule book which would not be in collision with the Agency’s position. After that, all HJPC’s members were called out to fill out financial statements and make them available to the public. They planned to appeal to judicial office holders to do the same.

However, the Court of BiH threw out their suit as unfounded which again caused a rift among the Council’s members.

Tegeltija said that the Court of BiH’s verdict does not lay down the legal grounds for inspection into the origin of funds, but the Council’s prerogative for verifying truthfulness of reported information in the financial statements has not been contested. An internal body will be set up to do just that.

The Council’s vice-president Jadranka Lokmić-Misirača said that no one is allowed to check her if there’s no grounds that she had committed a crime and that she would never accept to be reviewed by a HJPC’s body because “no one will trust that review.”

“I will use all legal instruments to prevent whoever tried to investigate the records,” said Lokmić-Misirača. “I have a problem with someone’s else review – I’m a prosecutor. If there are grounds, than let the Prosecutor’s Office check me – I trust my colleagues.”

The Council’s member Slavo Lakić said that the issue of financial statements should be regulated by law, not by rulebook, and thus the heretofore ways of collecting information about the assets of judges, prosecutors and their family members have been illegally done.

“We all knew that the rule book was in the grey zone,” said Lakić.

He reiterated that in 2018, the Council petitioned the Parliament to amend the Law on HJCP. The HJPC’s vice-president Ružica Jukić said that the European Commission should “force the Parliament to do its work.”

“Otherwise, I suggest European Commission to creates a rulebook for us which we will adopt and it won’t be our fault then,” said Jukić.

According to the law on HJPC, judges and prosecutors should file an annual financial statements with the Council reporting, among other things, the extra-judicial or extra-prosecutorial activities performed and the amounts of remuneration. These records have not been publicly available yet.

Judicial officials maintained for years that they have nothing against the publishing of their asset declarations, but an investigation by the Center for Investigative Reporting in Sarajevo (CIN) found the opposite. Last year, CIN collected and published profiles for 29 judges and prosecutors despite great opposition. Reporters also revealed information about their income, real property, vehicles, savings, loans, shares and court proceedings.

At that time, Tegeltija refused to submit his financial statement “out of principle”. Meanwhile, he changed his opinion and during one HJPC’s session he has shared his asset declaration with media.