The streets of the capital seem to be constantly dug up. Why? Mistakes and lack of simple coordination between road crews working for different departments. 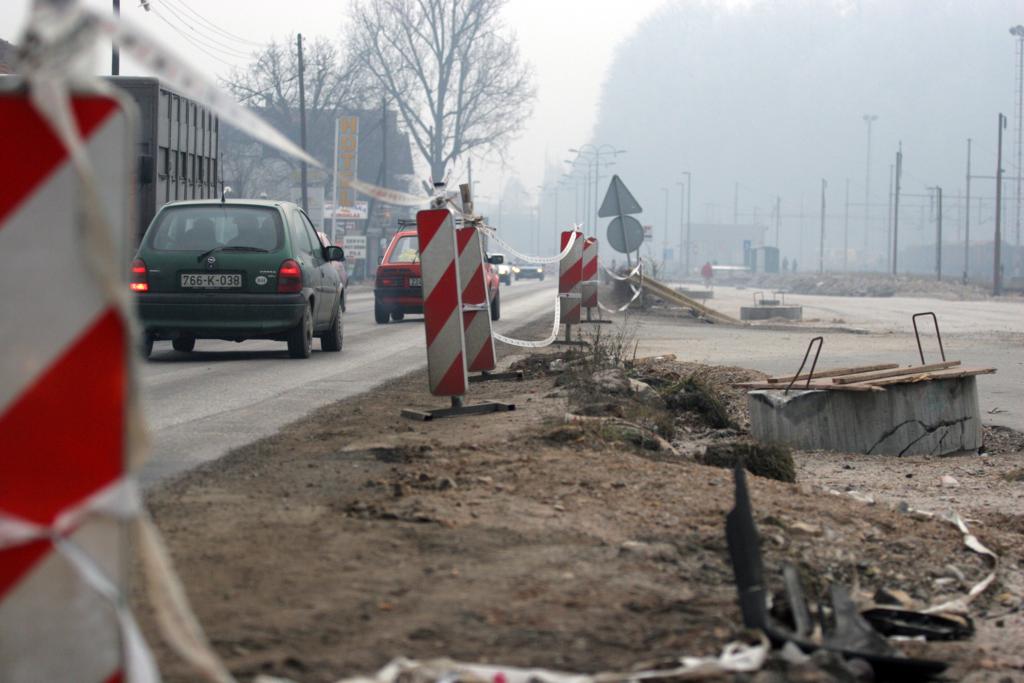 Skenderija Street was dug up and closed down for nearly a month this summer as part of 500,000 KM reconstruction effort to rebuild and repave three streets in the city center, but no sooner had it opened to traffic than crews were back out drilling into the pavement again.

They had to fix a leaky sewer pipe.

Besim Mehmedić, director of the Sarajevo Canton Bureau of construction, said ‘neglect and stupidity’ led to the fiasco. ‘This can happen only in the Balkans’ he said.

The Center for Investigative Reporting in Sarajevo (CIN) has found that poor coordination between agencies that work on roads causes most of the headaches for drivers and hurts businesses.

Officials say a contractor damaged 20 meters of sewer pipe so badly that raw sewage was leaking out.

It might have been the cantonal public utility Rad, which worked on the road reconstruction, or it might have been Lake d.o.o. of Sarajevo which was working on the foundations of the new apartments/offices and connecting them to the sewer system at the same time.

Neither of the contractors accepted the responsibility and the canton’s water and sewer utility wound up doing the repair work and footing the 27,000 KM bill.

‘It was when we pulled the pipe out that we saw that it had been cut through and that someone had poured cement liquid in it, which then hardened, causing the leak of excrement’ Tarik Badnjević, head of the technical department of the canton’s water and sewer utility, explained.

Rad executive Ahmed Đipa said it was impossible that his firm could have broken the pipe. Nezir Malkić, building manager for Lake, said there was no chance his men were responsible because they were working 6½ meters away from the spot and because the pipe was begun leaking before they began.

Canton road officials investigated and determined that most probably Lake has caused the damage. The water and sewer utility then asked the Municipal Court to fix blame and order reimbursement to the canton for money spent on the sewer leak. The court has not yet acted.

Sarajevo drivers make jokes and take bets on how soon after a city street is repaved crews will be back out jack-hammering it apart again. Skenderija Street is hardly the only place this has happened.

Over the past two years, crews have been nearly constantly digging in the roadways between Marijin Dvor and Vijećnica, the major thoroughfare through Sarajevo. Major detours because of that work – some 3 million KM’s worth – snarled city traffic in 2006.

Cab driver Franjo Barić lost time and money because of the mess in the road. ‘It was a true disaster’ he said. ‘The traffic jams were serious. There were all kinds of annoyances, standing in lines for hours. You couldn’t earn much at that time. It would take us two hours for some destination that would usually take 15 minutes. It was a nightmare…They keep on fixing the old roads and the jams are unbearable.’

Officials sought to fix Sarajevo’s main road while simultaneously replacing aged tram lines through the city center and solving a recurring water drainage problem on the road. The result was less than satisfying for some because of mistakes and poor cooperation.

‘There were no issues’ said Canton Bureau of Roads Director Adem Zolj who vigorously defends the work done. ‘That roadway, just like the entire line Ilidža-Vijećnica-Ilidža is the best-done work since World War II. I’m proud of that project.’

Not everyone shares his enthusiasm.

Ljiljana Sakić, the Canton minister of traffic and communications, said the first part of the circle in the route was done pretty well, but the second segment from Otoka to Ilidža took a long time and was not completely flat making cars shake and water was pooling on various parts of the road.

On the route between Skenderija and Vijećnica known as Obala Kulina Bana, there were some changes and problems. Zolj explained that the road inclination along that stretch was altered to make for better drainage. ‘If we had leveled the roadway with the tramway tracks’ he said, ‘that would lead to flooding of apartment buildings on the left side of the road.’

Officials of Gras, the cantonal public utility that handles the street cars and rebuilt the tram tracks, said there is another problem in that section.

According to Predrag Todorović, the utility’s technical assistant, the company used a hardened rubber to make the track bed softer for smoother tram rides.

Todorović said the rubber wasn’t allowed to cure properly before traffic was allowed on the road. In addition, it was also not properly protected and eventually deteriorated too quickly. Gras had to remove part of the road, add a new strip of rubber and cover it with asphalt.

That led to a slight rise in the road next to the track and another partial shutdown of the road while the work was done.

Even though Zolj adamantly maintained that the newly repaired road will not be seeing a pickax in the next five years, the road has already been dug up at five spots between Dolac Malta and Baščaršija.

There were additional crews back out digging to install storm water drains, an attempt to deal with puddles through the roadway after every storm.

Zolj said the problem was solved and he would give his salary if CIN could find puddles on the street.

Repaving of the sidewalks along Marshal Tito Boulevard in 2005 also did not go smoothly. Contractor GP Put missed a 54-day deadline to complete the sidewalk work by 20 days and was penalized.

But when they were finished, the canton water and sewer utility was dissatisfied with the work. Badnjević said that slabs of reinforced concrete had been placed over pipes and plumbing, because of which they had to move them.

‘Reinforced concrete doesn’t go on top of plumbing’ he said. ‘Otherwise there’s no way to reach pipes that need repair or replacement.’

The sewer utility does not have enough money to keep pace with road reconstruction projects under the auspices of the canton’s roads bureau even though it would make sense to first renovate plumbing and then do road work.

‘We asked them to postpone paving on the section from Skenderija-Vijećnica-Skenderija’ Badnjević said, ‘because the pipes there are over 50 years old and need to be replaced. The bureau doesn’t want to wait and we had no money to work along with them.’

So, when the first pipe cracks, the newly paved streets will be cut open.

Zolj said it was not possible to sit around waiting for the sewer utility when road work was needed. He said the utility is getting six months notice instead of the usual three, but, he added, ‘They envy us because we’re ahead of everyone else. They get angry. So be it.’

Zolj said ‘we are not going to wait for anyone, because we have to work. Neither their dissatisfaction nor what the press writes will stop us from continuing our job.’

This summer his crews will be digging up Alipašina Street, a lifeline through the city and will be working through the northern longitudinal of the city and in the section around the bus and railway stations.

In addition, Gras is scheduled to reconstruct the tram tracks between Baščaršija and the Eternal Flame – the same area where the road was just repaved.