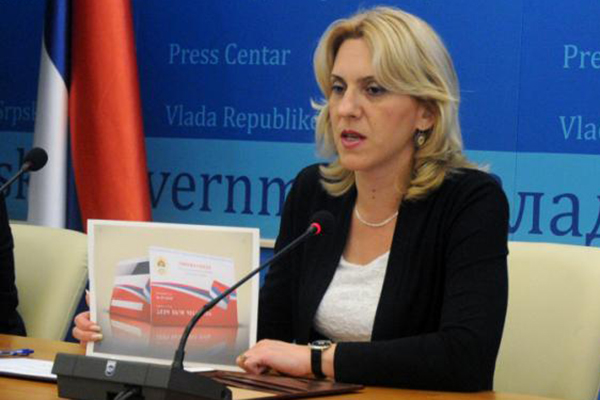 A son of Željka Cvijanović, the Republika Srpska (RS) prime minister, was hired for a probationary period at BiH Power Transmission Operator Elektroprijenos, even though his grade average was the lowest of all 13 candidates. The non-governmental organization Transparency International of Bosnia and Herzegovina (TI BiH) has found this in records of the vacancy.

They show that Filip Cvijanović topped the candidates’ list even though his grade average was the lowest, and he had spent the least time on the Unemployment Bureau’s roster. The candidate’s selection was highly driven by the interviews with candidates, i.e. the subjective assessment of the commission on the candidates’ qualifications and abilities.

The Council of Ministers’ decision on the criteria that the applicants for the BiH government agencies have to meet is vague, which leads agencies to use their internal guidelines and ultimately leads to favoritism. For example, at the FBiH level, the rule books on the employment of workers on probation stipulate the point system based solely on the grade average and the time spent on unemployment roster, which decreases the possibility of making a subjective assessment when assessing probationary hires.

On the other hand, RS rule books set out a criteria for converting time spent on the Bureau’s roster in a way that, for example, every month on the record carries one point. In the case of Elektroprijenos, an average grade and the time spent on the unemployment roster have the least effect on the total number of points. This is clear in the case of candidate selections for other positions as well. TI BiH will ask Elektroprijenos to make a statement related to the internal criteria and will alert the authorities if the irregularities are found.

TI BiH also said that the Prime Minister Cvijanović represents the entity authorities as a shareholder in Elektroprijenos.