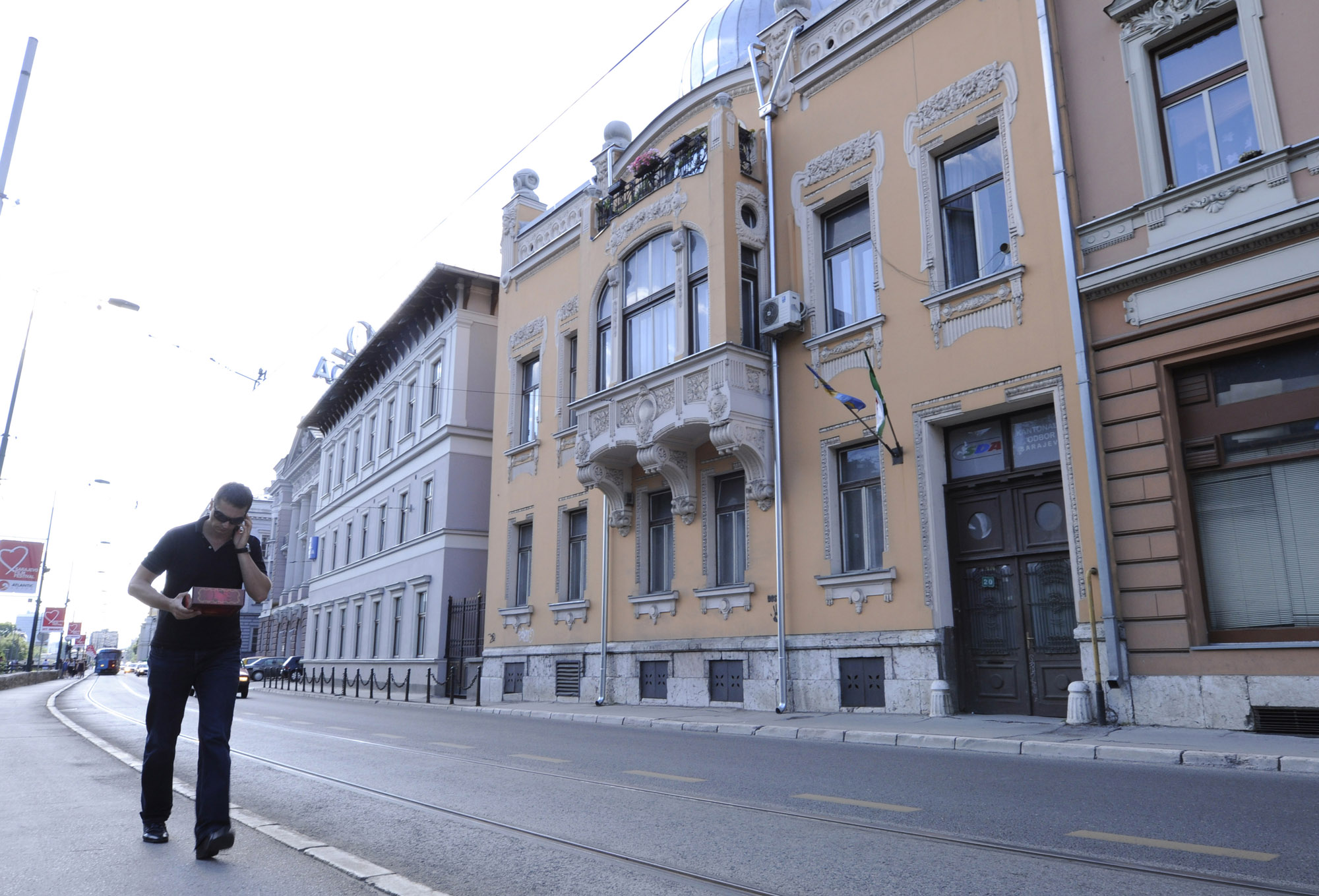 The Party of Democratic Action (SDA) paid gofers, drivers, coffee caterers, and students via Peskara Cooperative for three years after the Sarajevo Municipal Court erased the firm from the register. Central Election Commission (CIK) auditors determined that the party paid all of Peskara’s bills in 2008, but was not authorized to track the money to determine whether or not it was transferred to the employees.

Reporters from the Center for Investigative Reporting in Sarajevo (CIN) found discrepancies between the amounts that SDA wired to Peskara’s accounts and statements from people who were supposed to receive salaries.

This year CIK auditors revisited the 2008 books of the Sarajevo Canton Board of SDA and found that Peskara furnished the party with 13 invoices totaling 57,321 KM, which SDA paid in full.

The head of CIK’s Auditing Department Hasida Gušić said the party failed to account for expenses stemming from its business relation with Peskara, even though it was bound to, considering the amount of money involved.

Gušić said that CIK auditors did not check if the money was delivered to the beneficiaries because they are not authorized to do so.

Party officials say that there is nothing controversial about their business dealings with Peskara, but SDA’s Secretary General Amir Zukić would not allow a CIN reporter to look over billing related to the cooperative. CIN nevertheless managed to get hold of part of the 2008 paperwork.

One of the Peskara notes dated Aug. 28, 2008, reads that students Edvin Hodo, Aida Šaban and Amir Telebećirević were to each receive 1,000 KM for 200 hours of work, and Azra Mrnđić 1,050 KM. The bill was sent the same day and SDA paid Peskara the stated amount. CIN reporters talked with Hodo and Šaban but the others were unavailable. Hodo said that he never received money from SDA, nor did he work for the party.

‘Believe me I have no idea. I’ve never worked for them. Where that came from I have no idea’ says Hodo. In the central registry of the Agency for Identification Documents, there is only one person with this name.

During the first half of this year, the Federation of BiH Tax Office audited the Peskara Cooperative. Following this, it notified the Prosecutor’s Office of Sarajevo Canton alleging the possible tax evasion and filing of fake tax returns. Inspector Željko Radulović said that he expected prosecutors to approve resumption of the investigation.

The head of the investigations department of the Tax Authority’s Regional Department for Investigations in Sarajevo Fuad Milić told CIN that the agency did not investigate Peskara’s business dealings with SDA, but with companies in the canton. In one case officials determined that fictitious people were listed on the payroll.

CIN found that the Cantonal Court in Sarajevo issued a ruling terminating the cooperative on Jan. 19, 2005. CIK’s auditors confirmed this.

Despite this, Peskara continued to send invoices between 2005 and 2008 for occasional students jobs, for the work of drivers, coffee caterers, gofers, also in addition to invoices for courses in English, book buyouts and photo services.

The Head of Business Register Department in Sarajevo Municipal Court Asaf Daupović said that this company was committing a criminal offence by doing business without being incorporated.

The court terminated Peskara’s incorporation because the cooperative was late filing a new registration form to comply with the Law on Cooperatives.

SDA officials say that they could not know that Peskara lost the incorporation because it was supplying them with authorized invoices which they paid on time.

Peskara’s official address is in Halilovići bb in Sarajevo, but CIN reporters were unable to track it down after multiple attempts to find it.

An official from SDA’s Sarajevo Canton Board, Suad Deljković, said that Peskara’s offices were not in Halilovići. Instead, people were told to go and cash in their honorariums and get invoices in the offices of MOS, located in the Sarajevo district of Malta. MOS was also a service cooperative and its director Enver Zornić did not want to comment beyond saying he was not connected to Peskara.

Peskara was incorporated in February 2001 by Mufid Frlj, Azra Bajramović and Aziz Šehović, who each paid a 100 KM incorporation fee.

Frlj said that he knew nothing about the firm’s business dealings and that his 100 KM was paid by the cooperative’s director Muharem Zornić.

Zornić—who CIN’s reporter tracked down at a private address in Sarajevo—did not want to discuss the cooperative’s business affairs.

According to Zukić, SDA chose Peskara because it was thought to be a good company. However, Deljković said that Peskara was chosen because Zornić used to be the president of SDA Youth before the war.

‘This is the continuation of activities to give support to this company’ said Deljković.

No One Is Checking Parties’ Expenses

Parties are legally required to file annual financial reports with CIK. According to the Law on Financing of Political Parties, CIK is authorized to audit the parties’ revenues but not their expenses. The law has not spelled out how parties can spend their money.

‘A party can spend money on what it wants, and this is mainly money from the budget. We don’t oversee a party’s spending and this is our biggest shortcoming’ said Irena Hadžiabdić, CIK’s president.

In this year’s analysis of political parties’ finances in BiH, Transparency International BiH said that financial reports were unclear, which made it impossible for CIK to examine transactions in detail, or check if funds have been spent properly, since CIK is not authorized to review the parties’ bank accounts.

However, the auditor general of the BiH Audit Office Milenko Šego said that this was exactly the aim of an audit: to reveal to the public how their money is being spent.