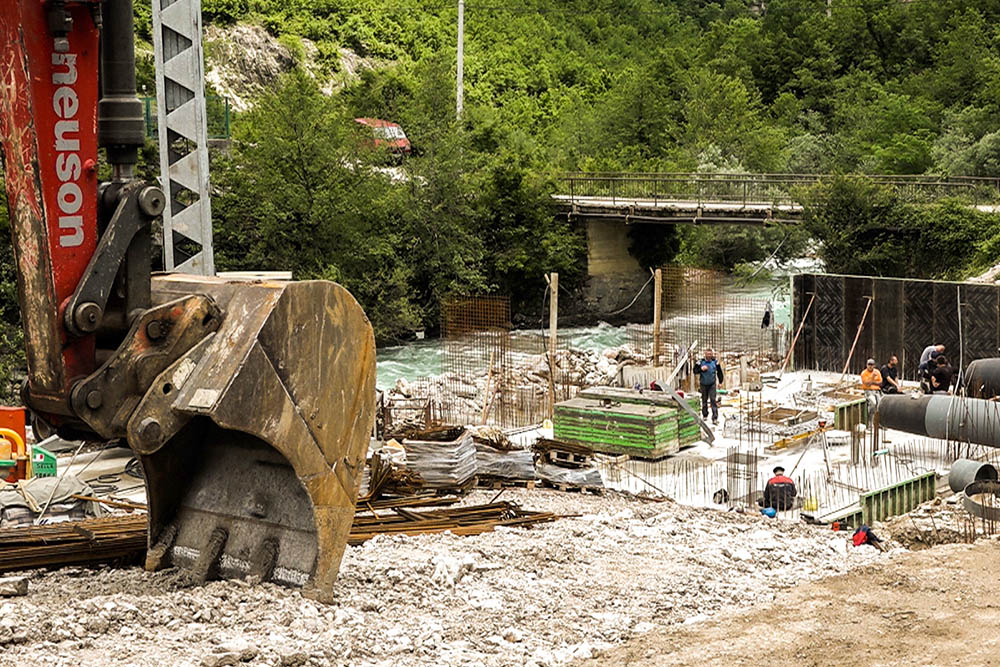 A draft Law on Amendments to the Law on Electricity in FBiH, suspending the issuance of energy permits for the construction of small hydropower plants (HPPs) power of and up to 10 MW was passed in the FBiH Parliament yesterday. These permits are a prerequisite for obtaining a building permit.

Under the draft, exceptions from this provision are the plants that before entry into force of this law have concluded concession agreements, provided that they complete the energy permit applications within three years.

In June last year, the FBiH Parliament adopted a Conclusion completely banning the construction of small HPPs on the territory of FBiH. To implement this conclusion, the current laws and sub-legal acts must be amended both at the Federation and lower levels of government. The Government of FBiH has been tasked with analyzing the existing regulations and sending to the Parliament amendments thereto to protect rivers and the environment.

In November 2020, the Government tasked the line ministries and relevant institutions to draft amendments to all regulations within their respective competence within 30 days. The Federation Ministry of Energy, Mining and Industry complied with the requirement, which was discussed in the Parliament yesterday.

The protection of rivers and the environment, which was demanded by the deputies in June last year, was put on hold yesterday, as the request to consider this bill under an urgent procedure was refused. This leaves time for the possible conclusion of new concession agreements and obtaining the necessary permits for the construction of small HPPs.

The majority of deputies supported the conclusion that this draft be adopted as a basis for drafting the bill, which will take into account all the proposals made by the deputies, and that the final bill should be sent to the Parliament by mid-June this year.

CIN wrote about this and the damage caused by the construction of small HPPs to the environment at the end of last year. Research has indicated all the shortcomings of the system of construction and operation of these plants, as well as the payment of incentives for the production of electricity from these plants. Over six years, citizens of BiH have paid at least 207 million marks, which the Entity authorities distributed mainly to private companies as an incentive for the production of the so-called “clean electricity”.

Last year, the House of Representatives rendered a conclusion requesting the review and report on all consents issued for the small HPPs constructed so far and those under construction, but the report has not been presented so far.

The position of the Federation Ministry of Energy is that this request should be sent to lower levels of government, as most of the existing plants were under the jurisdiction of lower levels.

There is no register of concession agreements in the FBiH, hence it is not known how many concessions for small HPPs have been issued nor how many plants are currently under construction. At yesterday’s session, Đukić also warned about this issue, asking the Government to provide this information to the deputies.