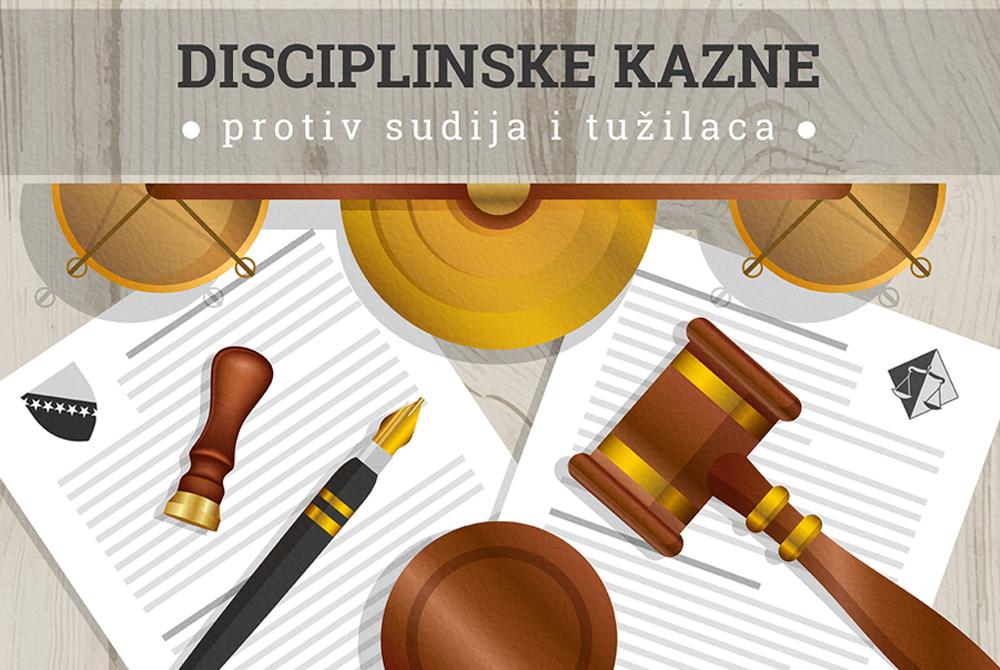 The Center for Investigative Reporting in Sarajevo (CIN) has published a database about disciplinary sanctions that the High Judicial and Prosecutorial Council (HJPC) meted out to judges, prosecutors and expert associates in the past nine and half years.

The database holds the names of the those who were sanctioned and institutions where they committed infractions; type of sanction and description of infraction. Reporters culled information from 138 disciplinary decisions issued for violations of the Law on HJPC and code of judicial conduct between 2010 and mid-2019.

HJPC’s disciplinary commissions sanctioned judges and prosecutors because they did not issue timely decisions; for failing to write verdicts or for not sending convicts to prison. Managers of institutions hired staffers without following procedures, judges meted out justice together with their family members and some behaved rudely with their colleagues and parties to court cases.

Overall, BiH public has not known about these mistakes. This is because the names of those disciplined are published only when they are managers of institutions or reporters already did some reporting on a particular case. Thus, infractions committed by the majority of judges and prosecutors have remained a secret.

HJPC publishes disciplinary decisions on its web page, without disclosing the names of those sanctioned or the institutions where they work.

Reporters have spent five months collecting judicial documents and interviewing judges and prosecutors in order to expose those who have committed infractions in their work. By the end of the investigation, reporters identified 122 sanctioned judges, prosecutors and expert assistants.

Judges and prosecutors are divided on this matter. Some say that the public should not know anything about disciplinary proceedings, others say that this information should be made public.

“I would not make it public because you are putting these people in a situation that they cannot work, they cannot perform their duties,” says HJPC’s member Amila-Mimica Kunosić. “And if they have families, their families can be a target of various attacks, inconveniences and so on.”

On the other hand, her HJPC colleague Goran Nezirović said that nothing to do with disciplinary proceedings should be made confidential.

“The less confidence the public has in the judicial system, the stricter should be the standards that we need to apply in order to return the public’s trust into judicial system,” says Nezirović. “This is why I think that the names of judges and prosecutors who have been disciplined should not be made confidential.”

CIN’s requests led the HJPC members to discuss on several occasions its future policy about whether or not to publish information on disciplinary proceedings. Two years after first requests, however, they have not yet changed their non-disclosure policy.

While working on the investigation, CIN reporters conducted 50 interviews, sent over 100 freedom of information requests and complaints and collected several hundred pages of judicial paperwork.