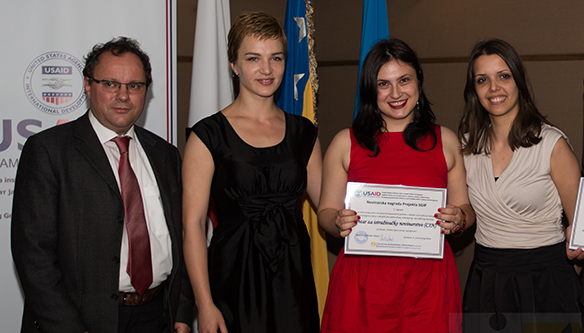 The Center for Investigative Reporting in Sarajevo (CIN) received USAID’s journalism award for a story “The Dear Cost of Having Roof over your Head”, in which reporters Maida Salkanović, Sadeta Fišić and Jovana Kljajić exposed mistreatment of children in foster families. The award was presented today within USAID’s Project on Strengthening Government Institutions and Reforms in BiH (SGIP).

A Dear Cost of Having Roof over your Head 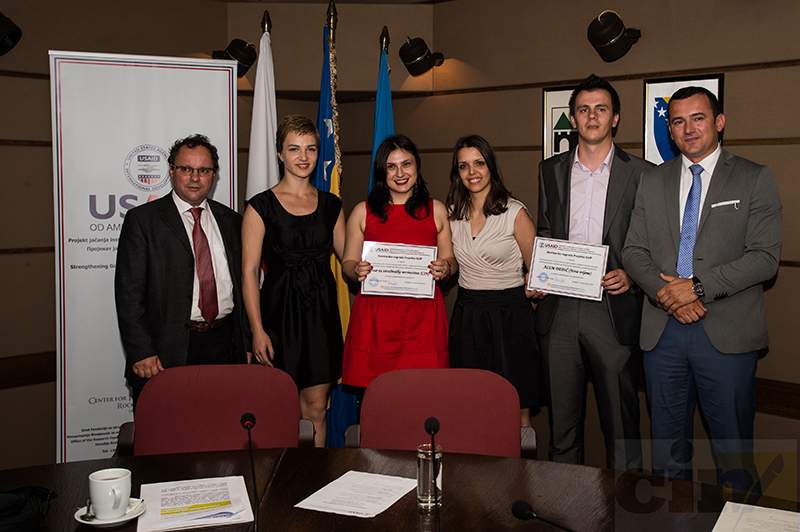 Alem Dedić from the weekly newspaper “Novo Vrijeme” and BH Radio 1 reporter Mirsad Bajtarević also were awarded for their work.

The jury was made up of Jasmina Selimović of a Tuzla-based Family Association; Ljiljana Zurovac of the Press Council in BiH; Milkica Milojević of the BH Journalist Association; Eldin Karić from the Center for Media Development and Analysis (CRMA); and Antonio Prlenda of the SGIP Project.