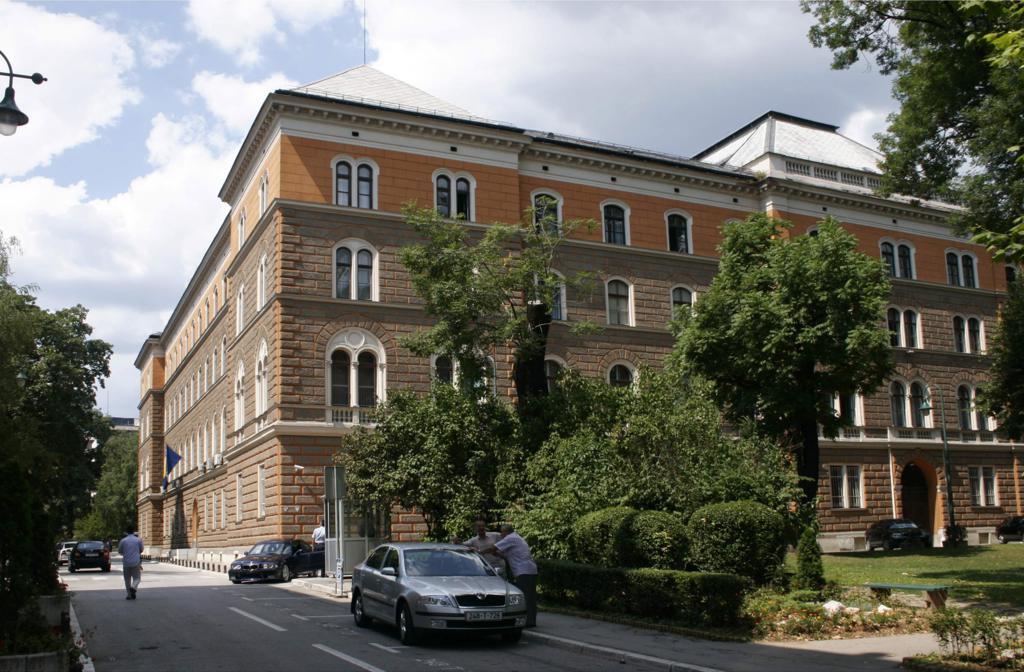 The new president of the Constitutional Court of Bosnia and Herzegovina (BiH) will have a strong political background, but will be among the least experienced of all nine judges.

This outcome is guaranteed by the court’s rules on selecting its president.

The rules were set up to ensure a rotation of the presidency on ethnic lines every three years among Serbs, Croats and Bosniaks.

But the selection process this time has been complicated this time by the fact that on Aug. 19 current Court President Hatidža Hadžiosmanović-Mahić turns 70 and is constitutionally mandated to retire from public office. She will leave before the end of the final year of her term, requiring it be finished by a fellow Bosniak.

Seada Palavrić will be the only other Bosniak on the court. Mirsad Ćeman, appointed by the Federation of BiH (FBiH) Parliament to Hadžiosmanović-Mahić’s seat, does not take office until the first week in October.

In the mean time, the judges last week appointed Palavrić temporary president until Oct. 3, after which she said she will compete for a permanent position against Ćeman. Acting court registrar Zvonko Mijan called that ‘an elegant way’ to give everyone a chance.

The question remains, however, whether the rules of the court insure that everyone really has a chance or that the best judge sits in the president’s seat.

David Feldman, a British international judge of the court, said that rotating the presidency actually diminishes the possibilities of choice. Instead of choosing a president from among six national judges, the choice is always only between two people – the two Serbs, the two Croats or this year, the two Bosniaks.

‘It’s fine as long as the judges, or one of the judges…is not just a good lawyer and judge, but also has the good administrative and people skills and necessary networking capacity…’

Ćeman’s appointment reopened the issue of what qualifications should be demanded of judges. The Constitution puts the entity parliaments in charge of appointing judges, and it sets no criteria for picking judges other than that they be ‘jurists of high moral standing.’ The lawmakers have not always picked candidates with the longest experience or most impressive legal scholarship.

Ćeman was appointed over two other finalists for the job who were experts with years of experience at the Constitutional Court. Although his knowledge of the Constitution was never disputed, the fact remains that he is a former politician, a member of parliament and a former member of the Presidency for the ruling Party of Democratic Action (SDA). He doesn’t have a single day of working experience as a judge.

The situation with Palavrić is similar. In December 2005, she came to the court straight from a post as vice-president of the SDA, having been selected over Kasim Trnka, a candidate with a PhD. in Law and a current judge of the FBiH Constitutional court. Palavrić worked as a corporate lawyer for years before politics but was never a judge.

She defends her appointment and her performance, however. ‘When a reputable lawyer comes from politics people say – oh my God, he is incompetent. It does not necessarily have to mean that a lawyer working as a politician has to be a bad lawyer.’

She, Ćeman and Krstan Simić, the last judge appointed by the Republika Sprska Parliament, all ‘come from politics’ she said, ‘but this does not mean that we do not have a high-quality legal background or that we’d neglected law or the Constitution when we were in politics.’

Hadžiosmanović-Mahić said that in a group of judges appointed six years ago, she was the only experienced judge.

‘No one but me had a minute of work experience in the court. Not a single one of them. Not once in their lifetimes had any of them worked as a judge’ she said. She is not shocked that her replacement will be a newcomer to judging.

The outgoing president has spent 41 years on the bench.

The court president is an important post, Hadžiosmanović-Mahić said. The president schedules and presides over assemblies, deals with all court administrative matters, serves as the public face of the court and manages relations with other institutions.

Hadžiosmanović-Mahić said the president ensures that trials are conducted fairly. ‘I have to examine every record’ she said. ‘I have to know exactly what is written in every judge’s record, because I lead every assembly.’

Palavrić agreed, saying: ‘Ultimately, the president is in charge of what happens in the court.’

The Office of the High Representative (OHR) has no comment on the quality of the possible incoming president. OHR has twice recommended, in vain, that federation lawmakers set more careful qualification criteria for judges.