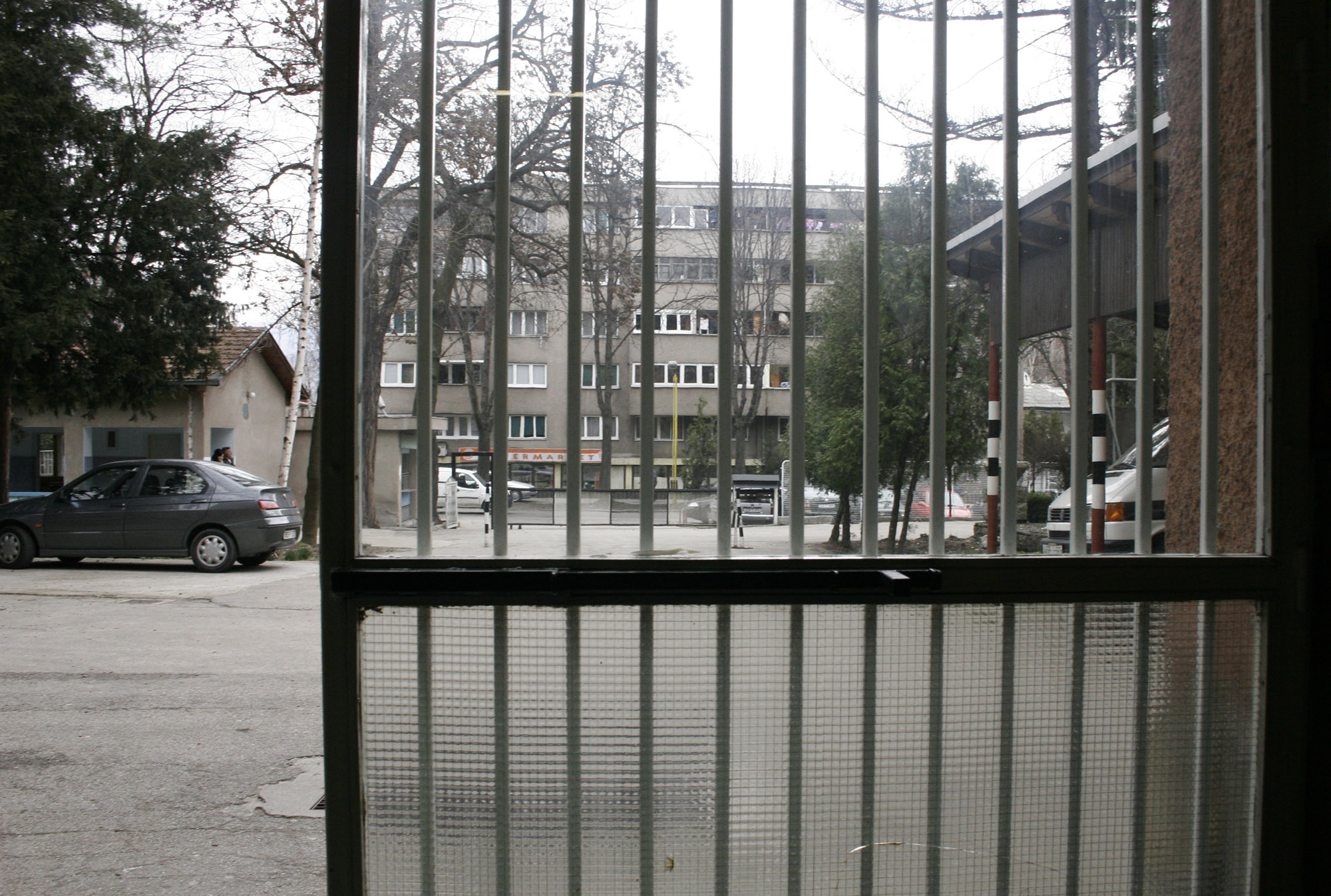 Đafer Pinjić is 27 and is serving 10 months in Mostar prison for producing and selling drugs. When the police arrested him at his house, they found five kilos of marijuana.

‘I was bulk trading marijuana. There used to be even more, but that’s what they found at the time. I’ve been doing that for three years, but I only went down now’ Pinjić said.

As far as Pinjić is concerned, he did nothing wrong and his punishment is too harsh because he was helping out people who needed drugs, including users who had become dependent.

‘I was healing people’ he says.

He laughs and says that when he leaves prison he will keep doing the same thing because the job is easy and pays well — the marijuana he was caught with in his Mostar home had a street value of 10,000 KM.

Pinjić is one of dozens of dealers in Bosnia and Herzegovina (BiH) who have gotten little more than symbolic punishments for peddling drugs. Pinjić’s admission of guilt and plea bargain allowed him to be sentenced below the minimum one year despite the two charges.

Reporters from the Center for Investigative Reporting in Sarajevo (CIN) looked at 22 defendants in 16 Court of BiH verdicts for illegal drug trafficking across borders. The average punishment was two years and five months in prison. Some of these cases were for shipments of dozens of kilos of heroin or marijuana.

Judges often consider mitigating circumstances when issuing sentences, including confessions by defendants, good behavior during the trial and whether the defendant came from a bad family situation or was in dire financial need.

Although the law provides for terms of one to 10 years for drug dealers, judges almost always lean toward the light side. Judges even have the option of sentencing people below the minimum, which was done in four of the 22 cases CIN looked at. No one got the maximum sentence, and only one got person got more than 5 years.

In municipal, district and cantonal courts, the sentences are often even lighter.

Justice officials say one reason for such short drug sentences is that dealers seldom are charged for being part of an organized criminal network, even though many are.

In reality, police mostly arrest low-level dealers or addicts who deal drugs to support their habit and not the regional drug kingpins or second and third tier distributors.

Police usually know who the prominent dealers and distributors are, but often cannot get the evidence needed to prove drug dealing in an organized criminal conspiracy. They rarely have access to wire taps and other sophisticated monitoring techniques. Bigger dealers are only arrested if they end up being charged with possession.

The main drug bosses may never handle or even see the drugs themselves. A number of police officials told reporters that most bosses are protected by either higher police officials or politicians.

And the small-fry dealers get such lenient sentences that they are not deterred from returning to their old business.

Doing Little Time for the Crime

Miroslav Bem, director of the Mostar prison for the past seven years, is not willing to say sentences are too short. He has 24 prisoners serving time for drug dealing with an average sentence of 20 months.

‘What doesn’t work is that we have more and more repeat offenders in these crimes, and that is a big problem’ he said, adding that punishments in those cases did not have the desired effect.

But Bem said society must also take some responsibility because, after serving their time, dealers get no help getting a job or fitting back into neighborhoods. They get out of jail and go back to the only career they know.

Mugdim Musić, an educator at the Zenica prison, where 58 inmates convicted on drug charges are serving an average sentence of 2.5 years, is less sympathetic.

‘Punishments are too mild because, according to my estimates, about 50 percent of these inmates repeat the offense after they serve their sentence’ he said.

BiH law, unlike that of other countries, does not require judges to consider past offenses when determining sentences. Many don’t.

Senada Pašalić, who works with the association of parents and friends of drug-addicted youth Hope from Tuzla, doesn’t mince words.

Association Hope has served some 250 parents of addicts and about 153 addicts since it was formed in 2003. Yet she is reluctant to talk about her own daughter, except to say that no matter how much she tries to help, her addiction seems to win out.

Pašalić says she watches drug dealers work a street every day, get arrested, put in prison and then come back in months to start selling again. She notifies the police when she sees this happen, but quietly. In drug cases, she said, ‘there are no live witnesses.’

Vildana Helić, a Tuzla judge and President of the Federation of BiH Association of Judges said judges cannot give longer sentences because the dealers are such low-level players.

‘We cannot give bigger sentences because they are not an organized group. They are not at the top – not even close to the top’ Helić said.

By comparison, dealers in Croatia can be sentenced from three to 15 years. The minimum sentence in Croatia is longer than almost all sentences in Bosnia. According to data from the association Croatia Against Drugs, dealers caught with even 20 grams of marijuana are likely to get three years in jail.

For example, musician Igor Ferenac, 25, from Pula, received a two-year sentence for growing two marijuana plants for personal use.

Average sentences for dealers in the U.S. are between four and eight years for a first offense.

Judges also say sentencing addicts who deal on the side is especially difficult.

‘They come here to me and say it doesn’t matter how long the sentence is because when they get out, they have to do that. They are marked’ Helić said. She said that dealers’ pressure released addicts to use drugs again. They become dealers in order to pay for drugs, creating a vicious circle.

Prevention is needed, not punishment, Helić said. Džemal Murga, inspector for the Narcotics Department of the Sarajevo Canton Ministry of Interior, agrees.

‘This is Sisyphus’, stupid work. Punish the drug users. Addicts. Sick people. No. I would punish him for a misdemeanor and impose a fee. But to bother courts, witnesses and prosecution for half a joint, you have to admit that it isn’t right. Every expert will tell you the same’ he said.

Sanel Zalihić, a 29-year-old heroin addict, said he has been imprisoned four times in the past five years for possession, including his current 15-month sentence.

‘I now have two needles in my arm that nobody wants to pull out of me. When I get hit by withdrawal, I want to go out of my mind and it happens all the time. They can’t help me here at all; they just give me Lexilium to calm me down. I don’t need prison, I need healing’ he said.

However, many punishments are minimal, even when traffickers are caught with large quantities of drugs.

Vlade Pirnat, 34, from Trebinje, was caught crossing the border near his hometown in 2005 while carrying 68 kilos of marijuana. He confessed and a judge sentenced him to two years and five months. The judge ruled Pirnat had ‘difficult material and family circumstances.’

Zlatan Subašić and Jasmin Pačariz were arrested in 2005 with over 21 kilos of Turkish heroin in their apartment – enough to feed the habits of 6,300 addicts for 10 days. Pačariz got five years in prison, and Subašić got one year.

Subašić’s lawyer Fadil Abaz thinks that a year is adequate, regardless of the quantity of drugs, because Subašić comes from a broken family and was only a teen at the time he was caught.

A quick confession is a sure way to reduce a sentence.

‘It a good new addition to our system, but it shouldn’t influence our punishing policies for these crimes. The court is there to check if the deal went too far, and maybe won’t accept it’ said Izo Tankić, a judge from the Court of BiH and President of the BiH Association of Judges.

Deals are often made for at least two other reasons, says Helić.

‘The first reason is that evidence was collected illegally, so [prosecutors] are going for a confession just to get anything, and the other is that there is insufficient evidence so the prosecutors offer a deal, and then typically lower sentences are given’ She said this was not a good practice, but there is no choice in some situations.

Aldin Musić is one of the few people convicted in BiH of being a member of a criminal organization. He was convicted in 2005 of being part of a Tuzla-based criminal network run by Ferid Okić’s and is serving six years for kidnapping, violent theft and bank robbery.

Okić’s network also trafficked narcotics and Musić said he is certain there is more heroin in Sarajevo than in Istanbul.

‘I just know that one doesn’t walk away from that business just like that. You can leave it only if you die.