The CIN “Politicians’ Assets” database contains data on revenues and movable and immovable property of 15 mayors and city mayors elected in the 2020 Local Elections in Bosnia and Herzegovina. 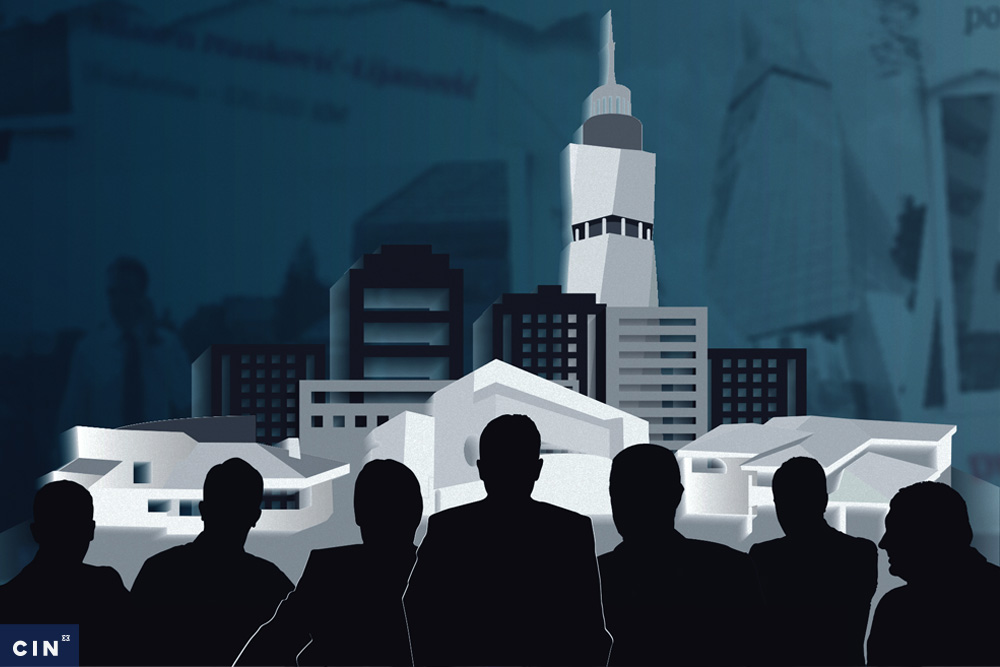 On December 5, the Central Election Commission of Bosnia and Herzegovina (CEC BiH) confirmed the results of the 2020 Local Elections for councilors and local community leaders in BiH.

The “Politicians’ Assets” database contains data on seven city mayors and eight municipality mayors who won the trust of citizens in the last election. The database contains data for over 120 politicians and officials on their education, professional and political career, court cases, savings, loans, movable and immovable property as well as their shares in companies, including stocks.

According to the data collected by CIN reporters, the assets of the 15 city and municipal mayors and their close relatives are worth over nine million convertible marks. Seven of them, together with their family members, made savings of almost 600,000 convertible marks. Five elected officials were former convicts, the accused or suspects of abuse of office, money laundering, bribery, and endangering traffic safety with fatal consequences.

Re-elected mayor of Bugojno, Hasan Ajkunić, from the Democratic Action Party (SDA)  and the mayor of Zvornik, Zoran Stevanović, from the Alliance of Independent Social Democrats (SNSD) have become richer by several properties since their last term.

Ajkunić has been the mayor of this Central Bosnia municipality for 16 years. In his 2016 asset declaration, he declared an apartment, a house, and land worth  BAM 75,000 in Bugojno. Since 2018, he has bought another apartment, a garage, and office space in this city. This year, in the first-instance court proceedings, Ajkunić was sentenced to a prison term of ten months for illegal employment in the municipality.

His colleague Stevanović has been at the helm of Zvornik since 2007. In 2019, he bought an apartment, and a year before that a business space in Zvornik, on a mortgage of BAM 1.35 million. In the 2017 asset declaration, he estimated the property at BAM 3.4 million. He owns a house and land in the vicinity of Zvornik, apartments in Loznica and Montenegro, and three other apartments in downtown Belgrade, which he previously described to CIN reporters as “shacks”. He is the owner and co-owner of six companies in BiH and four in Serbia.

The citizens of the Municipality of Trnovo elected Ibro Berilo from the SDA a mayor for the fifth time.  In the 2016 asset declaration, he estimated his assets at a little over a million convertible marks. Although he was obliged to report all his assets to the Sarajevo Canton Government, he did not do so. Berilo failed to mention that his son owns a two-bedroom apartment in Ilidža, which CIN wrote about earlier this year. Following the publication of the story, Berilo declared this property.

Hidden Assets of Sarajevo Leaders
Five heads of Sarajevo Municipalities and the city’s Mayor failed to report all property to the Sarajevo Cantonal Government that they and their families own. A government watchdog may file a criminal complaint against them for that matter.

The mayor of the municipality of Stari grad Sarajevo, Ibrahim Hadžibajrić, forgot to declare a garage to the Sarajevo Canton Government, which he did afterward. For the President of the Independent BiH List, this is the fourth term as a mayor. In the 2016 asset declaration, he estimated his property at BAM 233,500.

In his 2016 asset declaration, he declared a house, business premises, and land worth BAM 1.9 million. He was a party to three court cases filed against him for abuse of office and giving false information. As a director of the Customs Administration of the FBiH, he was charged with signing a BAM 69,000 transfer order for material costs and lease of premises, which was used for the purchase of an apartment to an employee of the Customs, and enabling the payment of a family separation allowance for himself and other officials but was acquitted on both charges.  He is subject to an ongoing investigation due to the suspicion that he did not declare all the assets in his 2017 asset declaration, which, under the Law on Conflict of Interest in the government institutions of BiH, he was obliged to do.

490 votes ensured Esed Radeljaš his first term as mayor of Ustikolina/Foča FBiH. In the 2014 asset declaration, Radeljaš estimated his assets at BAM 1.26 million. Also, together with the former mayor and several employees of the Sarajevo municipality of Novi Grad, Radeljaš was accused of giving bribes, verifying false content, and abusing the office in connection with the land allotted to him in this municipality. They were acquitted of these charges, while Radeljaš was found guilty in the same case because, as a member of the Sarajevo Canton Assembly from 2013 to the end of 2014, he misused BAM 114,255 earmarked exclusively for financing the BOSS political party, which he directed to his private account.  Radeljaš and his children are currently being prosecuted for bribing two doctors to get Radeljaš out of prison.

Radeljaš’s Real Property Fraud
A minister in Bosnia-Podrinje Canton, Esed Radeljaš, has a history of double-dealing property sales – he sold other people’s property as his own and build without licenses. Instead of punishment, he is serving a term in office.

Mayor of Sarajevo municipality Novi Grad, Semir Efendić, from the SDA was elected mayor for the third time in a row.  In mid-2020, an indictment was filed against him for endangering traffic safety. In 2018, while driving a car, he hit a pedestrian who died from inflicted injuries.

An investigation into abuse of office is also being conducted against the mayor of Čapljina, Smiljan Vidić. This year, he won his fourth term as a candidate of the HDZ BIH-HSS.

The record in the number of mayoral terms is held by Jasmin Imamović (SDP BiH) from Tuzla and Mato Zovko (HDZ BiH) from Žepče. They are followed by the mayor of Gračanica, Nusret Helić from the Social Democratic Party (SDP) and Miro Kraljević (HDZ BiH) from Široki Brijeg, who won their sixth term. Citizens of Cazin elected Nermin Ogrešević from the Democratic Activity Party a Mayor for the fifth time in a row, while mayor of Prnjavor, Darko Tomas from the SNSD and the mayor of Sokolac, Milovan Cicko Bjelica from the Serbian Democratic Party (SDS) won their third term.  They have not bought real estate in the last four years. Read more about them in our database.