Alma Maglić the former sales manager of the Zenica Office of BH Telecom was found guilty by a first-instance judgment of the Zenica Cantonal Court. 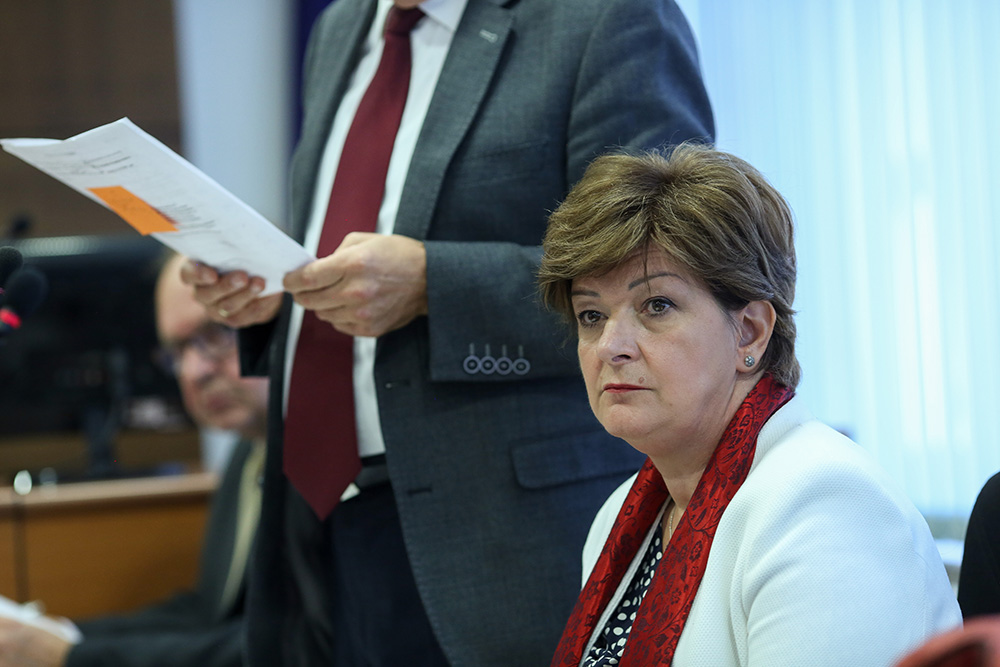 Today, the Cantonal Court in Zenica rendered a first instance judgment sentencing Alma Maglić to five years in prison for negligent work in the service and abuse of office.

The court proceedings was initiated over a debt of BAM 1.2 million which arose from supplying a Kakanj-based Trafik, a sales contractor, with top-ups for cell phones, which CIN wrote about two and a half years ago.

Ultra Top-up Worth 1 Million KM
BH Telecom’s officials tried to whitewash the debt that arouse from supplying a Kakanj-based Trafik with top-ups for cell phones. It will be hard to recover a debt of 1.2 million KM because that firm is in bankruptcy and the owner has no money.

Namely, BH Telecom was selling pre-paid mobile telephone cards to citizens of Bosnia and Herzegovina through contractors. Before getting their supply of top-ups, firms were required to submit guarantees that match the value of the goods, and after they sold the minutes, BH Telecom would pay them a fee.

However, a Kakanj-based Trafik was not made to adhere to such a procedure. The firm received goods several times over what it gave in guarantees – and never paid for them.  Employees of the Zenica division had been covering it up with fictitious transactions and false documentation for several years, so the debt increased by over one million BAM.

As a result, 13 employees of BH Telecom were disciplined, and three employees of the Sales Department ended up at the Cantonal Court in Zenica. Mugdin Žunić, associate for distribution and promotion, and warehouse operator Vernes Dilaver pleaded guilty. Žunić was sentenced to a year in prison on abuse of office charges and ordered to pay a fine of BAM 15,000 for computer counterfeiting. Dilaver was given a suspended one-year sentence on charges of misconduct and computer counterfeiting. He kept his job.

Trafik’s owner Taib Šehagić also pleaded guilty. Šehagić was sentenced to a year and a half in prison and ordered to pay BAM 1.2 million in damages to BH Telecom.  His company went bankrupt in 2016.

The acting prosecutor of the Zenica-Doboj Canton Prosecutor’s Office Adina Karadža claims the three of them have helped prove Alma Maglić’s guilt because they testified against her after pleading guilty.

According to Maglić’s defense attorney Ragib Hadžić, she was “a scapegoat, and was used to divert attention from the main culprits”, who will be named in the appeal he plans to lodge before the Supreme Court of the Federation of BiH (FBiH).

“She was sentenced to five years, while those who stole the money were sentenced to an 18-month suspended sentence. And the main culprits are on the hide, said defense attorney Hadžić.

Prosecutor Karadža says that this verdict is very important: “As you all know, these cases usually end with acquittals. It is usually said that intent cannot be proven, but indeed, yes it can be…”