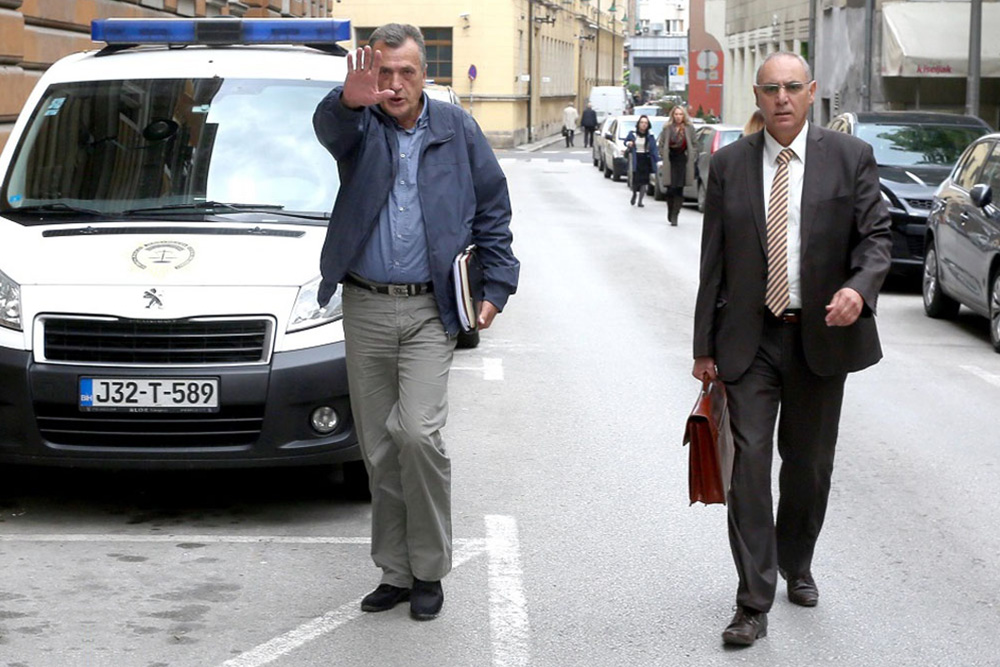 Ekrem Bezdrob, a former clerk for the enforcement of criminal sanctions at the Sarajevo Municipal Court, was sentenced to eight months in prison for accepting bribes and other benefits. This information was confirmed to the Center for Investigative Journalism by the Sarajevo Canton Prosecutor’s Office.

This verdict halved Bezdrob’s prison sentence handed down to him by the Sarajevo Municipal Court in the first-instance trial in September 2017.

His lawyer, Tarik Čingić, did not want to comment on the verdict because, as he explained, he had not yet received official information about it. He could not even say whether his client would take advantage of the legal opportunity to commute his prison sentence.  Considering that he spent 70 days in detention, he would have less than six months to substitute, which – counting that a day in prison costs BAM 100 – would be about BAM 17,000.

“It is for him to decide, and if this is financially an option for him, maybe he will do it”, said Čingić, noting that Bezdrob has retired in the meantime.

Along with Bezdrob, his colleague Pašaga Selimović was also accused, but he died in the meantime, so the procedure continued only against Bezdrob.

According to the indictment of the Sarajevo Canton Prosecutor’s Office, Bezdrob and Selimović took money and gifts from a Sarajevo lawyer Omar Mehmedbašić and at least eight convicts. They addressed Selimović and Bezdrob with the request to postpone the enforcement of their prison sentences, substitute their prison sentences with a fine, or house arrest with electronic surveillance.

This practice of Bezdrob and Selimović was reported by the convict Emir Porobić. He visited the clerks’ office several times with a request to postpone serving a ten-month prison sentence he received due to aggravated theft or substitute it with a fine.  He too has given money and other gifts to Selimović and Bezdrob on several occasions.

He stopped giving them money and gifts in mid-2015 when he decided to report them to the FBiH Police Administration, which then launched an investigation. The police installed audio and video surveillance in the office of court clerks and thus monitored their work.

The clerks were filmed taking money from the convicts, but also from the lawyer Mehmedbašić, who represented most of them.

Selimović, Bezdrob, and Mehmedbašić were all arrested in early December 2015, but the lawyer was released in exchange for his testimony and was granted immunity from prosecution. In the meantime, he was elected a member of the disciplinary court of the Sarajevo Regional Bar Association, a body that decides on the ethical conduct of lawyers.

During his testimony, lawyer Mehmedbašić admitted to having given money to Selimović and Bezdrob to have his clients’ requests granted, i.e., to have their cases “done”. He says that he perceived the two of them as “catalysts”, “people who know what is going on”.

During the trial, defense attorneys Alen Nakić and Tarik Čingić argued that the evidence had not been collected lawfully and that it was not their clients but court presidents and case judges who had been making final decisions on the requests. However, in his testimony, lawyer Mehmedbašić said: “When I give money, I know it will be done. It is understood.” He added that he would ask for the money back “if it didn’t work out”.

Mehmedbašić admitted that in some cases he took money from the clients and gave it to Bezdrob and Selimović, as he said “fifty-fifty” to each. In some cases, he also gave his own money to win the clients.