Police are supposed to police themselves to rid themselves of bad officers. But the public rarely files complaints. When it does, they are ignored or the investigations are poorly done. 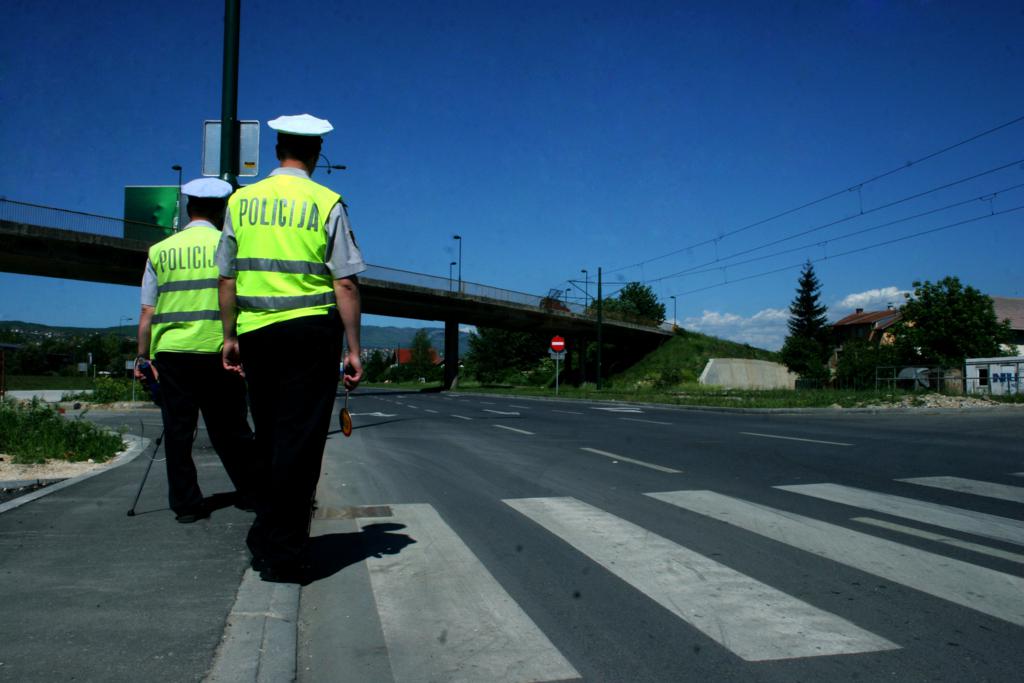 Across the country, Units for Professional Standards have discovered evidence of police officers covering up crimes, asking for bribes, and trafficking in humans and drugs, yet few of even these worst offenders have been severely punished.

Because of that laxity, Bosnia-Herzegovina citizens have lost faith in the idea that any complaints they make will be heard and that any police officers will be disciplined as a result. Few complaints come to the units from civilians, the Center for Investigative Reporting in Sarajevo (CIN) discovered in a recent survey. Those that do come in frequently are not acted upon. Units spend an inordinate amount of time investigating complaints not from citizens, but from police holding a grudge against colleagues.

Anita and Dragan Peko, a couple who worked for the Ministry of Internal Affairs of Herzegovina-Neretva Canton (MUP HNK), are a good example of how Professional Standards Units deal with wrong-doing on police forces. In 2004, a raid on the couple’s apartment yielded 1.2 kilos of marijuana.

HNK Police Administration Chief Himzo Đonko said they were fired after this. Yet neither has gone to court to answer charges, and they could yet end up back on the force. Dragan Peko warned journalists not to write his story yet. He and his wife have appealed their terminations and a court may well rule in their favor.

Police are not normally disciplined even in the face of complaints and evidence against them.

CIN surveyed cantonal and entity police departments to find out how many complaints Public Complaints Bureaus or Departments for Professional Integrity receive every year about bad officers. Mostar police officials said they were too busy to find this information, departments in the Republika Srpska (RS) made statistical errors in the information they gave, and some departments around the country could not provide numbers for each of the past five years.

From the information CIN did receive, it appears that every year some 2,000 to 2,700 complaints are filed by citizens and fellow policemen against officers.

Information from the RS is illustrative of what happens with those complaints. While the RS accounts for half the country, only about 30 percent of the complaints about police — or 624 last year — were filed against RS officers. Most of these came from citizens. Records show that most of their complaints were investigated – but discovered to be unfounded. Many complaints remain under investigation, but in the whole of last year, just eight officers were disciplined.

Most of the 161 complaints against police in Brčko District last year came not from citizens but from MUP officials. But, again, few complaints led to discipline. All were investigated but only 14 were found to have any basis, with two more cases still pending. Last year in the District only one report on a police officer was sent to the prosecutor’s office for action.

Tuzla Canton received more complaints, 322, against police officers last year than any other canton that could provide statistics, and these overwhelmingly came from citizens. Only 54 were ruled to be founded, with another 40 still pending. Last year in the canton three officers were fired because of problems with their performance.

In short, nearly all disciplinary measures wind up being overturned and policemen accused of wrong-doing are let go with no consequences.

The head of Police Administration in the RS MUP, Zdravko Ružević, said most complaints there end up dropped because of technicalities. The Law on Criminal Proceedings of Bosnia and Herzegovina (BiH) spells out precise rules on collecting evidence, and disciplinary courts are refusing to look at evidence not collected strictly by the rules.

Other reports sit for so long without action that they end up dropped because deadlines set by law have been missed.

‘The time limit should be extended’ Ružević said. ‘If the case happened nine months ago from a date of report, we only have three months to collect evidence. The result of that is expiration and termination of the process.’

Instead, they blame citizens who don’t file complaints when they should and won’t testify in support of complaints that are filed.

Police officials told CIN that people may be skeptical about whether there is a point in filing a complaint and they say people are afraid to speak out openly against an officer.

Still they are doing little to gain public confidence by publicizing efforts to find and stop bad officers. Just the opposite.

The names and rank of police in trouble or the punishments levied against them is information kept strictly secret.

Some cases of multiple complaints

Zoran Malešević, an attorney for Saša Mišić, a crime inspector in Banja Luka, threatened action against CIN under the European Charter of Human Rights if it published information about his client’s disciplinary problem.

The charter protects the privacy of citizens, but it does not exempt public servants from criticism of how they perform their jobs. Mišić’s performance has been record-setting.

He is one of three police employees, according to MUP in RS records, targeted in multiple complaints. Between 2003 and 2005, 13 complaints were lodged against him.

Nine were rejected as unfounded, but in four cases, he was faulted. He was ordered fired because of two reports that he had sent patrols that should have been roaming neighborhoods to go help work on his house and on the weekend house of then RS Vice President Ivan Tomljenović.

However, the disciplinary court disagreed and instead ordered his salary cut by 30 percent for four months.

‘I am one of the best inspectors’ Mišić told CIN.

In Prnjavor, officials received an anonymous complaint last year that crime inspector Živko Milijaš, was selling illegal identity cards and passports for 1,000 to 1,500 KM. He was transferred to Banja Luka for a time. But an internal affairs committee decided the complaint was unfounded.

Nonetheless, the then head of the RS MUP’s investigations department Željko Sekulić forwarded information about the case to the prosecutor’s office, where an investigation is still pending.

Milijaš, who traces all his trouble to a police commander he says is jealous of his wealth, is back in Prnjavor in his old job. According to land records in Prnjavor, he owns substantial real estate.

Milijaš, who earns between 750 and 800 KM a month, said the family house with pool, pizza restaurant and fitness center belong to his wife, who is from a family that was rich before the war.

‘I own one-third of a hotel’ he said. ‘I bought that for my children.’

In March, Milijaš was hit with a new disciplinary proceeding after he spat on an architect with offices in the City Hotel. Milijaš admitted said he got into an argument with the architect about a land dispute between the two of them. His salary was cut 30 percent for six months.

Some commanders and chiefs who have faced internal affairs investigations believe they are the victims of jealous or unhappy colleagues who lodge complaints against them.

Zejnil Lučkin, chief of Novo Sarajevo police department, recently lost a chance to become a member of the Independent Board for Appointment of Sarajevo Canton MUP commissioner. He was unexpectedly hit with allegations that he has cooperated with criminals, usurped state land and trafficked in drugs.

All those charges have been dropped except for the land charge, which cantonal prosecutors are still considering.

Lučkin said he’s done nothing illegal, but is the victim of colleagues unhappy about his good work habits – or his collection of flashy cars.

Lučkin showed CIN documents that show he appears to have legally exchanged property he owned for land owned by the state company Sarajevo Woods.

In Mostar, Tomislav Ćurčić, chief of Centar police department of MUP HNK, has been the subject of so many complaints he said he is sick of talking with internal affairs. He counts 15 complaints between 2003 and 2006, but no punishment so far.

On the other hand, he also has been commended for good work more than any of his peers.

‘Although they irritate me, I am not afraid of those talks. I know I’m clean and I go to meet them with my head held high’ he said. He believes he is being framed by his colleagues.

Đonko knows that feeling. He said he was brought before internal affairs investigations on a few occasions because of jealousies roused by his off-duty work providing security at hotly contested football matches.

He said he sees internal affairs as a necessity to fight illegality in police work, but some changes are needed.

He called for the recruitment and training of better qualified internal affairs employees. The current ones seem to consistently do bad investigations and to overlook evidence requirements set in law.

Đonko said that good inspectors should concentrate on their jobs, but instead too many instead seek extra money by working on other commissions.

Investigators, according to the Law on Police Officials, may not begin investigations on their own without a complaint to prompt them, even when they are certain there is a problem. One such problem is solicitation of fees from people testing for their drivers licenses.

CIN visited driving training centers around Sarajevo in May to talk with candidates testing to get their licenses. None wanted their names used out of fear they would be penalized with failure on their tests. But eight candidates CIN gathered to question confirmed the same thing: they knew they had to pay something if they wanted to get a passing grade.

All said their instructors, some of them ex-policemen, had specified a price list to them. They could either pay 150 to 200 KM or expect to fail repeatedly.

Vincenzo Coppola, chief of the European Union Police Mission in BiH (EUPM), said he knows of some problems related to police corruption, but, he said, officials are working to eliminate them.

Overall he sees BiH officers as ‘far more accountable for their actions in dealing with the public and the manner in which they conduct themselves internally with their colleagues.’

‘The key to maintaining stringent control over corruption within BiH’ he said, ‘is ensuring that the police adopt a professional and robust approach in the way they police themselves.’

‘Let’s get one thing straight’ he said, ‘before the war there were different chips in policemen’s heads. Then, there was something called morals, something called pride. Today, it is no more.’