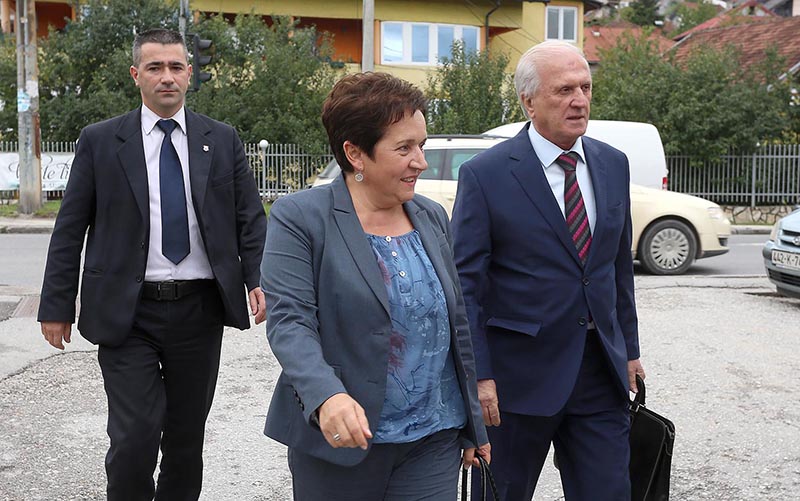 Bosnia and Herzegovina (BiH) Minister of Defense Marina Pendeš pleaded not guilty on charges of careless performance of official duties and forging documents before the Court of BiH today.

This June, the Prosecutor’s Office of Bosnia and Herzegovina charged her for authorizing a salary to her advisor and party colleague Ivo Miro Jović (HDZ BiH) while he didn’t bother coming to work.

According to an indictment, Pendeš ordered her secretary to keep record of Jović’s presence. The arrangement took 17,000 KM from the BiH budget.

Thanks to party colleagues in high posts, the former member of the BiH Presidency was not idle after his in the BiH Parliament’s House of Peoples expired in 2011. First, he received a year’s worth of severance pay in the amount of 4,611 KM a month. Later, Josip Kvasina, then chairman of the Central Bosnia Assembly, appointed Jović as his advisor in July 2012. Jović remained for a year in that post then moved to Pendeš’ office.

Pendeš appointed him as advisor after she became the state minister of defense in April of this year.