State MP Nenad Nešić has apartments in Serbia and Montenegro, a family house with land in BiH, and a company he did not report on his asset declaration report. 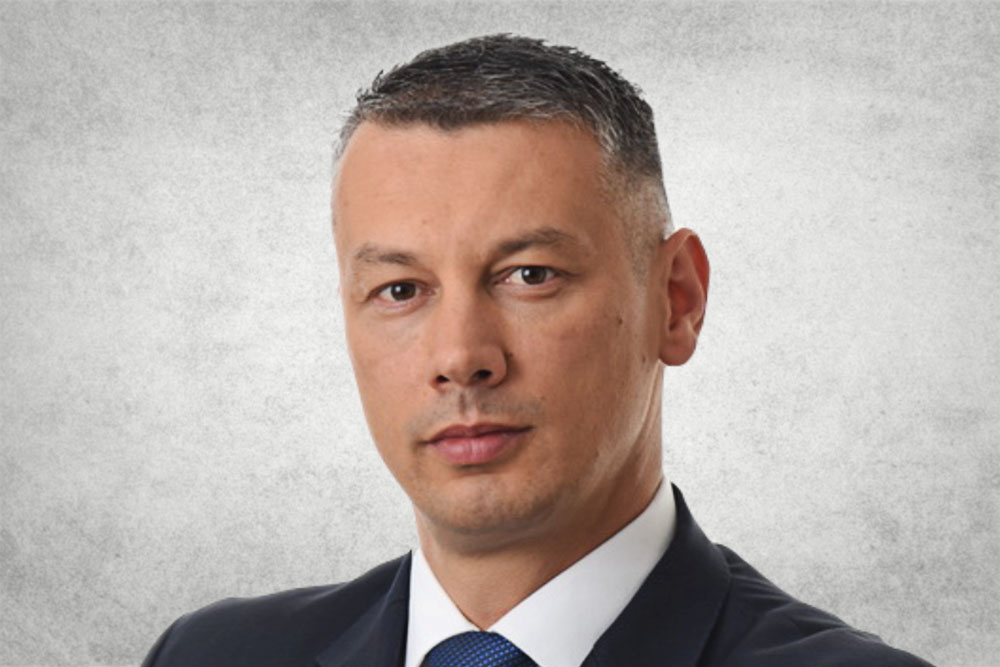 Nenad Nešić, president of the Democratic People’s Alliance (Demokratski narodni savez – DNS) and a member of the House of Representatives of the Parliamentary Assembly of Bosnia and Herzegovina (BiH), owns real estate in BiH, Montenegro, and Serbia and a company in Istočno Sarajevo that he did not report to the Central Election Commission.

In the 2018 general elections, Nešić was elected a member of the House of Representatives of the BiH Parliamentary Assembly. He then reported in his asset declaration report that he and his wife Maja had an apartment in Novi Sad and a 56-square-meter apartment on the Montenegrin coast in Budva.

His wife also owns 10 dunums of land in Serbia, while Nšsić and his brother Predrag have a house with 45 dunums of land in Istočno Sarajevo. In the asset declaration report from 2018, he omitted to report the company “N-Group”, which he founded two years earlier.

“I presented my asset declaration report to the BiH Parliament, it is available and I have nothing more to say about it,” said Nenad Nešić, refusing to talk to CIN reporters.

Nenad is not the only one in the Nešić family who won mandates in the elections and was dishonest about completing asset declaration reports. His father Rade was elected in 2016 as a member of the DNS in the Municipal Assembly of Istočno Novo Sarajevo. Although the Nešić senior then handed over a blank asset declaration card to the CEC, the journalists of the Center for Investigative Journalism (CIN) found that he too was the owner of the company Dar-Company.

The Nešić senior was replaced in the parliamentary benches in 2020 by his second son Predrag when he was elected councilor, also from DNS.

Predrag Nešić reported assets worth BAM 8.5 million in the asset declaration report. It includes two cars worth BAM 200 thousand, two apartments worth BAM 240 thousand, and the company N Trade. Predrag is also the director of the company Energoinvest-automatika. His wife Sunčica owns an apartment in Novi Sad.

CIN revealed that Predrag Nešić bought an apartment and a garage in Budva in 2019 for EUR 86,800, which he did not report to the CEC. He also failed to report that he owned business premises and land in Istočno Sarajevo and land in Trnovo. He claimed not to be available to talk to the reporters at the moment.

According to the Election Law in BiH, nominees and elected officials have an obligation to report with the Central Election Commission (CEC) their income from the previous year and all property belonging to them and their close family members valued at upwards of BAM 5,000. The CEC does not check the content of asset declaration reports nor does it impose any sanction for incomplete or false declaration of assets.

Nenad Nešić has been a member of the DNS since 2014, and prior to taking the position of party president in 2020, he held several party functions. He was a member of the Main Board and the Presidency of the DNS and the president of the Sarajevo Regional Board – Romania and the Municipal Board of Istočno Novo Sarajevo of this party.

From 2007 to 2014, this law graduate worked as a criminal police inspector at the Istočno Sarajevo Public Security Center. He was the acting director of the Public Company Putevi Republike Srpske [Roads of Republika Srpska] from 2016 to 2020. In the last general elections in 2018, he was elected to the State Parliament. His income in November 2021, which includes salary, a hot meal allowance, and flat rate, amounted to BAM 5,206.

Nenad Nešić’s profile is part of CIN’s database “Politicians’ Assets”. This is the most complete database on the income and movable and immovable property of more than 130 officials and politicians of the ruling and opposition parties in BiH. The database consists of information on their education, professional and political career, as well as data on savings, loans, and their shares in companies, including stock. You can also find information on lawsuits and court rulings against politicians and officials.