Power plant in Ugljevik had to drastically decrease sulfur dioxide in its smoke, so it took out a 181 million KM loan for a desulfurization plant. The loan is coming due and the construction has not even begun. 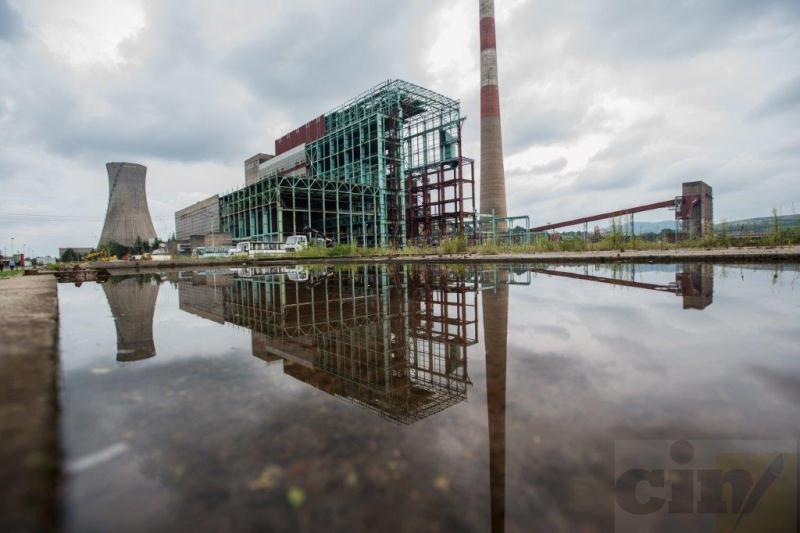 The public company, Mine and Power Plant Ugljevik (RITE), is beginning to choke in its own smoke which contains huge amounts of sulfur dioxide. Having poisoned the air in Bosnia and Herzegovina (BiH) and neighboring countries for decades that smoke is now posing an obstacle for power plant operations itself.

Burning dirty coal, the power plant produces up to 160,000 tons of sulfur dioxide (SO2) a year, and in every cubic meter of smoke from it is as much as 125 times more SO2 than is permitted by European ecological regulations.

The pressure on RITE to decrease the amount of SO2 in smoke from 25,000 to 200 milligrams in the next three years has steadily grown. BiH pledged to this when it signed the Contract to join the European Union’s Energy Community eight years ago.

For this reason RITE took out a 181 million KM loan for construction of a flue-gas desulfurization facility five years ago. It was supposed to be finished by the end of 2013, but building has not even started.

Members of the RITE union do not see the point in installing such an expensive facility in a power plant nearly 30 years old. They fret that the new costs could speed up the closing of the plant which is less and less reliable.

The Ugljevik power plant burns coal which contains around 5 percent of sulfur. Combustion releases ash particles and toxic gasses, among them nitrogen oxides, carbon dioxide and a very toxic SO2, which causes acid rains and pollutes land and water.

Inhalation of this gas can lead to nose and throat irritation, cough, asthma, deposit of liquid in lungs and can be deadly according to the Canadian Center for Health and Safety.

According to the power plant’s own data, land and water is polluted by particles that fall after smoke leaves chimneys or when the wind blows ash deposits around. Big amounts of poisoned waters are produced in the making of electrical energy and released into the Ugljevik rivers of Mezgraja and Janja.

Orchards near the power plant are often covered in a deep layer of ash and the area long ago stopped producing “požegača” plum, undeniably the best one for the production of supreme slivovitz. A group of enthusiasts led by Darko Milošević has founded an association of orchard growers called Eco Fruit.

Milošević said that the growers cannot have ecological production as long as there’s a power plant.

Society is paying enormous price for pollution because it increases health care costs and cuts into agricultural production. The sulfur pollution from RITE Ugljevik alone costs the BiH economy more than 2.1 billion KM a year. This makes for a half of the total damages from the pollution produced by BiH power plants according to 2013 Study of European Energy Community.

Milan Mirković, the power plant’s director, said that at the time of its construction 30 years ago, the tallest possible chimney was added to disperse corrosive smoke far away.

“More smoke in the chimney, the better and bigger the factory. We (BiH) had the coat of arms with the smoking chimneys. Nowadays is different,” he said.

At 310 meters the chimney dwarfs the Eiffel tower. Half the SO2 from the chimney pollutes BiH, while the other half it blows into Serbia, Montenegro, Croatia and across the Mediterranean, as far as France according to data collected by the Republika Srpska power utility (EPRS) which is in charge of RITE.

When it joined the Energy Community, BiH pledged to start implementing European regulations and to produce electrical energy in an ecologically sound way by 2017.

The Community can initiate proceedings against member countries that violate their contract, says Ognjen Marković, an independent energy consultant. He also added that this can also interfere with collaborations with international financial institutions and investors.

When BiH joined the Energy Community, RITE started to work more actively to decrease SO2. Tokyo-based TEPSCO made a project and the Japanese Investment Bank approved a 181 million KM loan with an annual interest rate of 0.65 percent at the end of 2009. According to EPRS, the European banks were not interested in this project.

Until 2020 only the interest not the principal of the loan is due. In February of that year Ugljevik will need to pay the first installment of the loan that needs to be paid off by August 2039.

Ugljevik plant director Milan Mirković said a contractor will be selected this year. He says the project is late because of red tape and the delivery of so many documents.

A number of entity and state institutions, such as, the RS National Assembly, the BiH Ministry of Finances and Treasury and RS government, jointly decided on the international loan.

Through issuing permits and approvals for construction and the operation of the new facility, cumbersome bureaucracy will remain part of the project until the end.

“What I am afraid of is our bureaucracy,” said Mirković adding that RITE must provide the contractor with all necessary approvals and permits.

He said that the studies done on behalf of RITE Ugljevik and the Japanese Bank by German and Japanese consultants show that wet scrubbing using lime is the cheapest way to decrease SO2 emissions.

In ideal work conditions, it is possible to decrease SO2 between 95 and 99.6 percent with this process. RITE would need around 450,000 tons of lime a year. It plans to excavate the lime from the same field it takes coal.

When it connects with sulfur in smoke, the lime will turn into around 350,000 to 400,000 tons of plaster which RITE will not be able to sell, but will have to deposit it into specially prepared chambers fitted with nylon, said Mirković.

Will the Investment Pay Off

Desulfurization will increase RITE’s annual costs by nearly 36 million KM. The Energy Community’s study shows that, at an annual rate of loan payments of 11 million KM, an additional 24.7 million KM will be needed to operate and maintain the new facility.

These include the costs of labor, excavation and transport of lime, electricity, and transport and storage of plaster. Heavy machinery will burn oil and produce emissions of the same SO2 that the method is trying to decrease.

The high costs make many wonder if major investment into a power plant 30 years old will pay off. The Energy Community’s study has shown that RITE Ugljevik will be able to continue operating without new investments until 2025. The optimistic prognosis of the RS government is that the plant can run until 2039, when the last loan installment is to be paid off.

If the plant closes before then the state as loan guarantor will have to pay it off.

RITE’s average annual profit over the past six years was 5.7 million KM, but Mirković explained that the loan will be paid from the wear-and-tear annual costs. About 30 million KM is set aside for plant maintenance. However, he is aware that increased production costs might be an issue.

RITE now is spending 7.36 pfennigs to produce one kilowatt hour of electrical energy. The figure includes labor costs for around 1,850 employees, raw material and maintenance. Mirković said that the loan installments and maintenance and operation of desulfurization will increase production costs 10 to 15 percent.

The energy market will be open starting in January 2015, meaning that customers may choose from whom to buy electricity. This will mean a hard competition for the old RITE Ugljevik.

An open market means more competition and bigger pressure to reduce production costs and increase productivity, It also means the entry of foreign traders in the field of supply, said Mirza Kušljugić, a Ph.D. in electrical science.

RITE supplies power to the RS power utility which sells it to its own customers and offers excess power to traders. The Regulatory Agency for Electrical Energy in RS (RERS), sets the price of power, while the price of surplus power is decided by demand and other market factors.

The critics of the project

Experts from the energy sector CIN talked to think that the wrong method of desulfurization was chosen and that instead of smoke, the plant should rethink the coal it uses.

Azra Jaganjac was a senior supervisory engineer for environment and the head of chemical lab for RITE Ugljevik. In her dissertation she found that RITE will not manage to decrease SO2 emissions to the allowed limit because Ugljevik coal has too much sulfur.

Jaganjac said that it would have paid off more if they used other methods, such as coal gasification, that is, turning of coal into gas.

Such facilities have existed since the 1970s in many countries, such as the US, China, India, Botswana, and the UK. The gas could be used to power the plant or to heat city factories.

An advisor to the FBiH environment and tourism minister, Dragan Šulović, said that coal gasification can simply and cleanly almost fully scrub coal, not only of sulfur, but of nitrogen, while not leaving ash particles during combustion.

Apart from being more ecologically acceptable, coal gasification could save RITE Ugljevik around 25 million KM a year in in operating desulfurization facilities. Plus, the facilities that use gas produce between 10 and 20 percent more electrical power when using the same amount of fuel.

Šulović compares desulfurization to treating a child with a fever. You could work on lowering its body temperature or you could get at the cause of the fever.

People CIN interviewed made the point that desulfurization might not be economically viable, It will cost RITE Ugljevik around 36 million KM a year. In 30 years, that will mean more than a billion KM, the cost of a new plant with modern and efficient technology that would last for 40 years.

RITE workers also worry what will happen with them once the desulfurization facility has been installed. The president of RITE Ugljevik’s union Zoran Mićanović said that desulfurization made sense 10-15 years ago and he did not see the rationale behind such a big investment into a plant nearing the end of its life.

Mićanović said that coal deposits are sufficient just for another 10 years of work and that the power plant is in bad state.

“We’ll have a zero emission because we’ll stop working.”