Former members of the Brčko District Assembly, Radoslav Bogićević and Nenad Kojić from the Narodni demokratski pokret NDP [People’s Democratic Movement] sentenced to four months in prison for election fraud ahead of the 2020 elections. 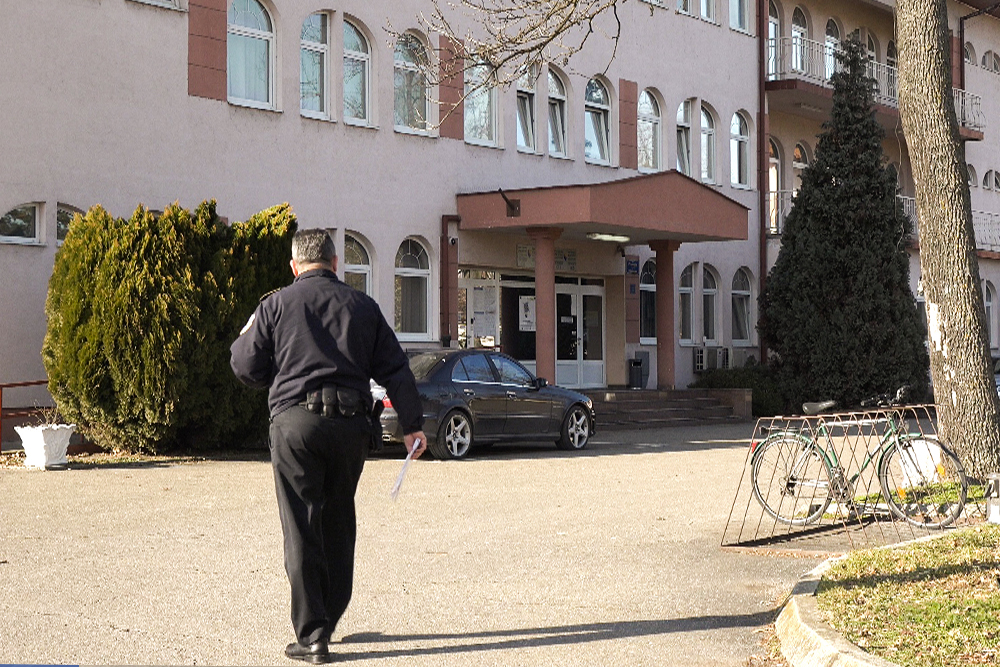 Radoslav Bogićević and Nenad Kojić, former representatives of the NDP in the Brčko District Assembly (BD) are sentenced by the Brčko District Basic Court to four months in prison each for plotting voting fraud ahead of the 2020 General Elections.

Bogićević and Kojić entered a plea agreement with the Brčko District Prosecutor’s Office.

According to the verdict, the two of them, with the help of other people, collected personal documents of fellow citizens and registered them for voting from abroad, intending to use the ballots to ensure votes for themselves and NDP, as previously reported by CIN.

CIN reporters found that Bogićević and Kojić, and their party colleague Stojan Bavarčić have misused 114 personal documents of their fellow citizens, neighbors, and family members to appropriate for themselves their votes. They collected documents through third parties, promising them jobs in return.

Back then, Joka Bogićević from the village of Potočari told reporters how Bogićević cheated on her son, a disabled person, whom he persuaded to collect personal data of his acquaintances, friends, and family members, promising him a job at the Public Utility Company “Putevi” in return.

“Radoslav Bogićević is the first cousin of my late father-in-law, what’s more to say?” He tricked him and tricked us all. His best buddies, his friends gave him their ID cards.  They did it for Petar, to help him get a job”, said Bogićević.

CIN reporters exposed several election frauds in the Brčko District that resulted in arrests, indictments, and trials. Posing as party activists, the CIN reporters organized a meeting between the then-candidate of the Narod i pravda [People and Justice] Abdulah Iljazović and vote sellers Elvir Saletović and Sanel Pengić.

Saletović told Iljazović that he would ensure him 130 votes for BAM 6,500, and bring him a list of people ready to vote for him by the next meeting. A few days later, accompanied by a CIN reporter, Iljazović handed Saletović a hundred and thirty 10BAM banknotes as an advance payment for the purchased votes. Iljazović was expected to pay the remaining BAM 5.200 after the job is done.

The plan was for each voter to receive BAM 10. Pengić wrote down the serial numbers of the banknotes in front of the candidate of the Narod i Pravda and CIN reporter.  Each voter was supposed to take a photo with their mobile phone of the filled ballot with the received banknote next to it. That photo would have been proof of the job done, and in return, Saletović and Pengić would pay the voters the rest of the money.

In early 2022, the Brčko District Prosecutor’s Office filed two more indictments against Jasmin Ravkić and Pejo Mendeš. Ravkić is accused of obtaining documents from relatives, friends, and neighbors for voting outside Bosnia and Herzegovina for the second accused Pejo Mendeš, a candidate of the Hrvatska seljačka stranka (HSS) [Croat Peasant Party] for the District Assembly in the 2020 Elections.

Ravkić did it because Mendeš promised to replace his prison sentence for illegal logging with community service.

According to the plan, they would have such false voters registered for postal voting from Serbia and Croatia to get the ballots However, the ballots would not be sent to the registered addresses abroad, but instead at the parties’ headquarters. During the investigation, Ravkić and Mendeš were detained, and their neighbors and friends from the village of Rašljani near Brčko told CIN reporters how Ravkić cheated on them.

“I was present there with him and Pejo Mendeš when they talked about it. He said to Pejo: “Try to help and I will collect you 50 ID cards for the vote. Do you understand? ”Said Raif Ravkić, a relative of the accused Jasmin Ravkić.