Mustafa Suljagić has tried for years to withdraw nearly 270,000 KM worth of foreign exchange deposited at his account with Privredna Banka Sarajevo. 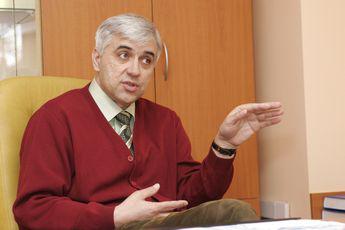 Mustafa Suljagić has tried for years to withdraw nearly 270,000 KM worth of foreign exchange deposited at his account with Privredna Banka Sarajevo. This is money he saved in years spent working abroad. In 2002, he went to theEuropean Courtfor Human Rights inStrasbourg.

The Court used his verdict as a precedent for dealing with appeals from 13,500 depositors that have arrived in Strasbourg so far. Still, the verdict in which the Court awarded € 5,000 compensation, does not mean that Bosnia and Herzegovina (BiH) will have to allocate dozens of millions of Euros to compensate other depositors.

The court has thrown out the depositors’ main complaint that the 2006 Foreign Currency Savings Act was not fair as it defined a very low annual interest rate and set out the payment plan in bonds that mature in years away.

Emir Suljagić, the lawyer who led the case and who is also Suljagić cousin, said that some depositors do not have that much time left.

“That law does not allow the claimants to even pay for the costs of medical treatment with their savings in case they are very sick and don’t have time to wait until the bonds’ maturity.”

In the verdict’s last point the Court refused Suljagić’s demand for “rightful compensation” which would imply a possibility for negotiations on how to fix the existing Law, said the lawyer.

Suljagić added that the Court has reached a compromise judgment because it reprimanded the FBiH authorities for the delay in implementing the Act, but has not set out a just compensation for throngs of depositors.

The FBiH government published a payment plan for the depositors that would allow, a depositor with 10,000 KM worth of foreign exchange in a local bank account in 1992 11,423 KM of his principal and interest.

However, were this amount deposited in a German bank, the anecdotal depositor could have found 14,503 KM in his account today, with an average annual interest rate on deposits of  2.21 over the past 10 years, according to data from the German Federal Bank (Deutsche Bundesbank). The depositor in this case would also have had his money available at all times during the period.

In its judgment the Court recognized, but did not accept, the fact that other countries that emerged from the break-up of Yugoslavia, had calculated their interest rates between 2 and 5 percent. It did not help the depositors that the BiH authorities in their official report to the Court acknowledged that a relevant interest rate should amount to 2.33 percent.

The RS issued its bonds in February 2008 and it cut down the maturity date from seven to five years, while deposits of up to 2,000 KM were paid out even earlier. Under the pressure of expectations of the Court ruling, the District of Brčko started issuing its bonds in June, while the FBiH was late as the date of bond issuance should have been Sept 30, 2009.

Suljagić said that he believed that the court postponed the issuance of the decision waiting for the FBiH to start implementing the Law.

Ljiljana Mijović, one of seven Strasbourg judges who passed the ruling, agreed with Suljagić. Even though the opinion was unanimous, judge Mijović filed a concurring opinion in which she said that the state Law “has not established the balance between the society’s general interest and the need for the protection of personal rights” and that the decrease of the interest rate to 0.5 percent is not “justified or corresponding.”

In her exposition, Mijović explained why she did not dissent:

”On the other hand, if the Chamber had opted for this line of reasoning, either the State or the Entities and the Brčko District would have had to pass new legislation which might subsequently have proven more time-consuming, economically challenging and questionable, and very discouraging for almost one quarter of the Bosnia and Herzegovina population – people who are not merely tired of waiting but are already at an advanced age and in despair.”

According to a 2004 estimate from the International Monetary Fund, more than a quarter of Bosnian citizens, some 1 million people had foreign exchange bank accounts. The court has basically asked all other depositors to verify their claims and accept the conditions offered by the state.

Appeals of depositors waiting before the Court inStrasbourgwill not be dealt with in the following six months. The Court has effectively extended the deadline for the FBiH to start implementing the Law.

The Court has nevertheless left a possibility to punish the state in case that the institutions break the deadlines from the plan for issuing and maturity of bonds. This will depend on the FBiH government’s ability to pay nearly 52.4 million KM by Dec. 31. That was the maturity date of the first six series of bonds as defined by the FBiH government’s decision dated Oct. 21, 2009.