Renewed Conflicts within the RS Railways 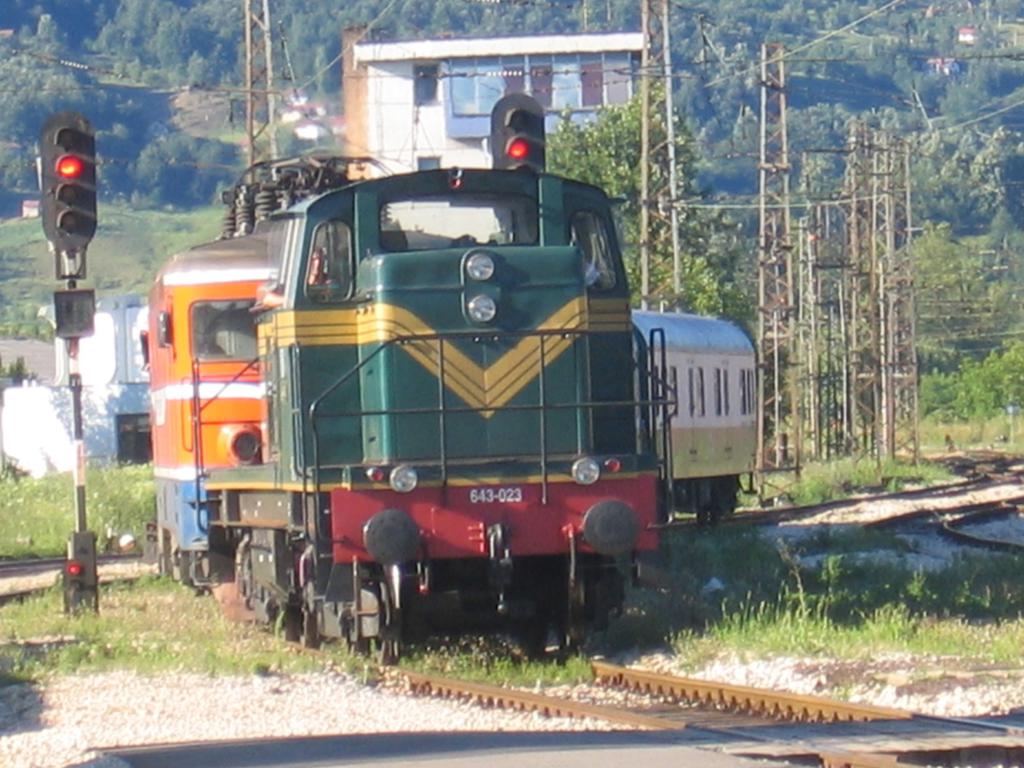 A hand grenade went off under the official Audi used by Milan Kiković around midnight on May 5, just four days after he was fired from the post of the executive director for traffic at the Republika Srpska (RS) Railways (ŽRS). This also happened before his firing was publically announced.

Kiković considers the explosion – which claimed no casualties – as a piece of evidence that he’s being the target of corrupt company’s management and government officials. The police has so far made no arrests nor there are any suspects.

On the other hand, the members of the Railway’s Supervisory Board that demoted Kiković from the post of the executive director for traffic for the period of five years, offered clear explanation of their decision. They think that Kiković’s behavior of late has been showing elements of temporary insanity.

The Railway’s Director General Petko Stanojević asked for Kiković demotion just hours before a session that took place on April 31. Kiković is one of the four highest ranking manager in the company. Stanojević attached twenty pages of documents along with his request including the statements of the other executive director and a damning report of the Commission on the contracts that Kiković had concluded during the past six months.

The Supervisory Board found the paperwork sufficient to enter the request for Kiković’s removal on the agenda. After a short discussion, the seven-strong supervisory board unanimously decided to remove Kiković for the period of five years.

Because of the May 1 holidays which followed the board’s session, the removal of Kiković did not reach media until the moment that the bomb went off. Those well versed about the entity’s Railways were shocked.

The company’s current management and Kiković were the members of the same group which for years fought to topple the former corrupt management led by the former director general Sreten Telebak.

Kiković, who at the time worked as a traffic inspector, and a group of illegally sacked managers had been filing criminal complaints until the authorities caught on. Several-years long investigation led to the arrest of Telebak and his nine confederates in June 2007.

Special prosecutor from Banja Luka filed an indictment against 14 people for the illegal sale of ŽRS carriages worth 1.6 million KM and the land worth 125,000 KM.

However, it looks like 14 defendants including Telebak could get away with lenient sentences.

Banja Luka-based District Court accepted just the smaller part of the special prosecutor’s charges and instead of the charges for abuse of office with the aim of keeping illicit gain, the defendants have been charged with a much more lenient charges of the lack of commitment in office.

Instead of facing sentences of up to 10 years in prison, the defendants are facing charges that carry fines as punishment. The special prosecutor complained of the District court’s decision and had sent additional explanations of the indictment. The final decision will be known on Monday, June 23.
It looked like the situation in ŽRS was going to stabilize after the sacking of the old Management headed by Telebak. However, many ŽRS employees said that things are not looking up and that Kiković lost trust of the company’s management and the union leadership.

Kiković for his part said that he was the victim of mobbing and that he was threatened numerous times also before the explosion, because he never had any qualms about fighting corruption and reporting misdeeds to the prosecutors.

The director general Stanojević said that it made no sense that Kiković was the only one on the receiving end of the fight against the corruption, as many other managers including Stanojević collaborated with the prosecutors in the case.

Stanojević told the reporters from the Center for Investigative Reporting (CIN) in Sarajevo that he trusted Kiković in the beginning, but when the complaints from other managers, colleagues and members of union started to pile up, he decided to set up a commission that would review the contracts that Kiković had signed.
In its report, the commission listed a number of irregularities such was giving discounts to some companies without the prior approval of the Director General or the Company’s Management and the lax treatment of the procedures and the Law on Public Procurement.

The mistakes, irregularities and blunders in Kiković’s work have led to ŽRS’s losses in the first three months of 2008, said Stanojević.

Stanojević and a member of Supervisory Board Milenko Vuksan said that they did not believe that Kiković had done anything for personal benefit, but because he did not follow the laws and procedures by procuring goods without calls for applications, the management and the supervisory board of the Railways had to act.

The ŽRS management and the Union officials who used to fully support Kiković back in the day now say that he’d been acting strangely over the past several months. They wonder if the pressure under which he had been living for the past six, seven years was too much to bear and had a negative impact on his health.

They said that this was the only explanation for his behavior that was more akin to the behavior of the former management against which they all had fought together.

A spokesperson of the Special Prosecutor’s Office said that they were keeping an eye on the police investigation of the assault on Kiković and that they were going to take it over if it turned out that the assault was connected with his testimony in the case of Telebak at all.

Kiković’s complaint following his termination was thrown out recently and he’s been on a sick leave since the Supervisory Board’s session. He said that he did not know when he was going to return to his new post of an expert consultant with ŽRS.