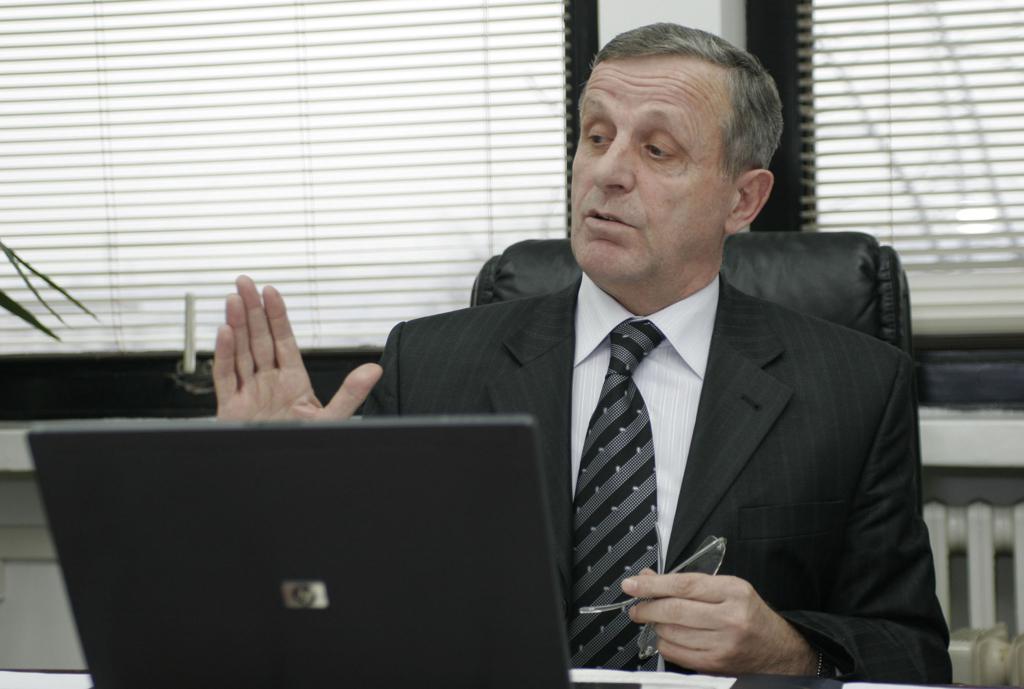 Last year employees of the Republika Srpska (RS) ministries lost interest in work on the entity’s scores of commissions – work that until then had padded their paychecks.

In January 2008, a new law on wages came into force stipulating that RS employees would get no money for commission work, although the law did increase their salaries. The new ruling aside, some civil servants are still receiving fees for commission work. Between January and the beginning of September 2008, the RS Ministry of Justice paid 13,100 KM in fees to government workers for commission work.

Marica Švraka, the head of the finance and accountancy department in the RS Ministry of Justice, explained one such exception. She said her ministry’s employees are still paid for work in the notary and bar exam commissions.

‘If the fees are paid from the money the candidates pay to take the exam and if the Ministry of Finance approves, commission members can receive fees’ Švraka said.

Nikola Kovačević, assistant to the minister in the RS Ministry of Justice, is a beneficiary of that interpretation of the ruling. He earned 5,000 KM for commission work between January and September 2008.

‘I am a member of the notary exam commission, the bankruptcy managers’ commission, and the court interpreter commission. These expert commissions usually assemble outside regular working hours’ said Kovačević.

For the three years from 2006 through 2008, according to data reviewed by reporters for the Center for Investigative Reporting in Sarajevo (CIN), 11 ministries of the RS government have spent 2.68 million KM on commissioners’ fees. The RS Ministry of Education and Culture spent 901,018 KM, and the Ministry of Urban Planning, Civil Engineering and Ecology 680,629 KM during that time.

The Ministry of Health and Social Protection spent 528,521 KM in 2006 and 2007 alone. The ministry’s employees, according to an auditor’s report from this period, received 192,300 KM of that sum. Auditors also said that most of the work done by the employees on commissions was work that they were supposed to do anyway.

That was to supplement salaries, according to Nedeljko Milaković, assistant to the minister, who earned 5,800 KM for commission work during that time. ‘Remunerations’ he said in an interview, ‘were a sort of incentive for the people who at the time worked for wages that were lower than those in any hospital or clinic.’

Commissions in the RS are established when there is a need to draft laws, prepare strategies, organize exhibitions or buy books. Duško Iličić, deputy chief auditor of the Supreme Office for RS Public Sector Auditing, said he has come across instances in which commissions did not submit work reports.

Work on the commissions in earlier years could bring a member anywhere from 50 KM to 10,000 KM.

Some employees did well. Top earners in the RS Ministry of Health and Social Protection in the 2006 and 2007 period included Radojka Malbašić, a senior expert associate in the ministry, who was paid 15,800 KM, and three lawyers: Tatjana Ćorović , who was paid 14,625 KM, Tomislav Ilić, who was paid 12,580 KM and Milena Predojević, who was paid 9,975 KM.

That money was in addition to their annual salaries, but the amount of those salaries was withheld, according to the ministry, at the request of the employees.

Malbasić and Ćorović had tentatively agreed to interviews, but Nataša Aleksić, in charge of public relations for the ministry, refused to allow the interviews unless the questions were submitted ahead of time, a practice CIN avoids.

Before Aleksić intervened and blocked the interview, Malbašić briefly discussed her work over the phone and then said she would prefer to talk more after she received permission.

But over the phone, Malbašić said her work was mostly for the Commission for Poisons, drafting provisions and laws regulating this area and monitoring the performance of wholesale stores.

Her pay on 22 commissions varied from 100 KM to 400 KM each over the two years, depending on the task the commission completed.

Malbašić said the commission work was demanding, adding said that because she had completed training in drafting bills and coordinating local laws with other European laws, she did much of the work.

‘I had the misfortune to be the one to draft the bills and the other commission members monitored what I had done’ she said. ‘They would read it, discuss it or not, and get the same fees that I would.’

Reimbursement sometimes did not comply with the RS Government’s decision from 2006 that stipulated that commission members should not receive fees for commission work performed during working hours.

One example is the eight-member Commission for Poisons, some of them RS employees, that sometimes spent half their working hours on commission work that accomplished what they were getting paid to do anyway.

Milaković, the assistant to the minister, said the ministry employed 46 people, although internal regulations allowed it a staff of 96.

Iličić, the auditor, said that raised the issue of unemployment, which is high in the RS. ‘We pointed that out and we think that the ministry should have as many employees as specified in the book of regulations’ he said. ‘This way there would be no need for commission work and all tasks would be done on time.’

Since the new law took effect in 2008, commission members who are not employees of the RS government are still paid for commission work, but employees in most government agencies are supposed to get days off instead of money.

The result has been less interest in membership on her commission, said Amela Lolić, assistant to the minister in the health department. In fact, she said, some employees in her department have tried to avoid work on the expert exam commission.

‘Every current commission member in my department used to work in commissions before. We simply sat down and told them, ‘If that’s what you used to do before and fought to get that job, then you’ll keep doing it’ Lolić said.

Some commission work was paid in 2008, but it was work on expert commissions, which are exempted from the ban.

Asked if he expected to find violations of the decision in that year’s payments, Iličić said it was possible.