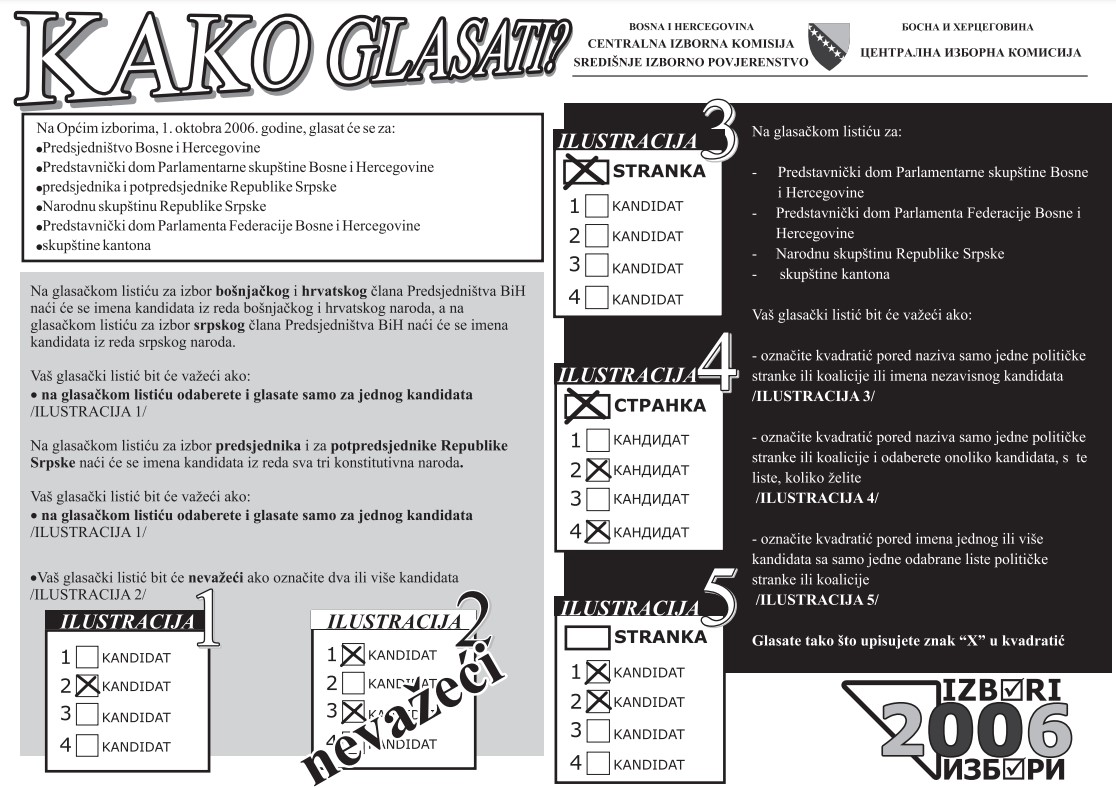 As a result, nine politicians named in a 2003 Federation of Bosnia and Herzegovina Financial Police report on widespread wrongdoing in office in Srednjebosanski Canton (SBK) are running for offices in this week’s election without any questions asked.

Anto Spajić, president of the HDZ BiH caucus in the federal Parliament, belittled the importance of the Financial Police work. ‘It’s not true that this was a criminal complaint…It was more like a review or audit…Are you a lawyer? A criminal complaint for what? For 350 KM (for travel expenses)? Don’t even talk with me about these topics. You are talking with a man who is well-known.’

Of the nine candidates, five are running under this party’s banner: Mirko Batinić and Josep Kvasina for SBK Assembly; Tončo Bavakra for FBiH Parliament; and Rudo Vidović and Zdenko Antunović for BiH Parliament.

Remzija Kadrić, president of the SBiH Court of Honor, said candidates, including her party’s candidate for FBiH Parliament, Zahid Mustajbegović, have no obligation to tell the party or voters if there are criminal charges pending against them.

‘We act once we get a court verdict declaring someone guilty. In case the verdict gets confirmed, that will have consequences. In other words, a disciplinary action would be started against those candidates’ said Kadrić.

Amir Zukić, Secretary General of SDA, also said he knows of no criminal report against Asim Mekić, one of his party’s stronger candidates for the SBK Parliament this year.

‘More than 3,000 candidates in that period had criminal reports and charges submitted against them’ he said. ‘Eight hundred of those were rejected from courts, from municipal to supreme.’ He said the other 2,200 reports remain pending in courts.

‘Let the authorities do their job’ he said. ‘Citizens, or in other words, voters, will recognize if that person abused office and benefited from it.’

Politicians in most European countries are obliged to inform voters and the public about their property and income by filing a financial disclosure form, but that isn’t the case in BiH. Failure to file disclosures is common and there is little monitoring or punishment of those who do not follow the procedure.

‘There is neither control nor sanctions in cases of doctored financial disclosures’ said Srđan Blagovčanin of Transparency International in BiH, an organization that works to suppress corruption and make officials accountable, ‘and this is being taken advantage of a lot.’

In contrast, Josip Leko, chief of a commission that investigates conflicts of interest in Croatia, said politicians there must submit financial disclosures at the beginning, during and at the end of their terms.

‘(That is because they should) not have to wait for the end of the term. Citizens have a right to know what is going on with the property’ he said.

The commission doesn’t vet disclosures for truthfulness, but does post them on a website so that anyone can see and object to them.

‘Citizens are coming to our website. They know very well if it is the truth because they are neighbors and acquaintances of politicians, and then they call in on the phone or write comments, and that is how corrections happen’ he said.