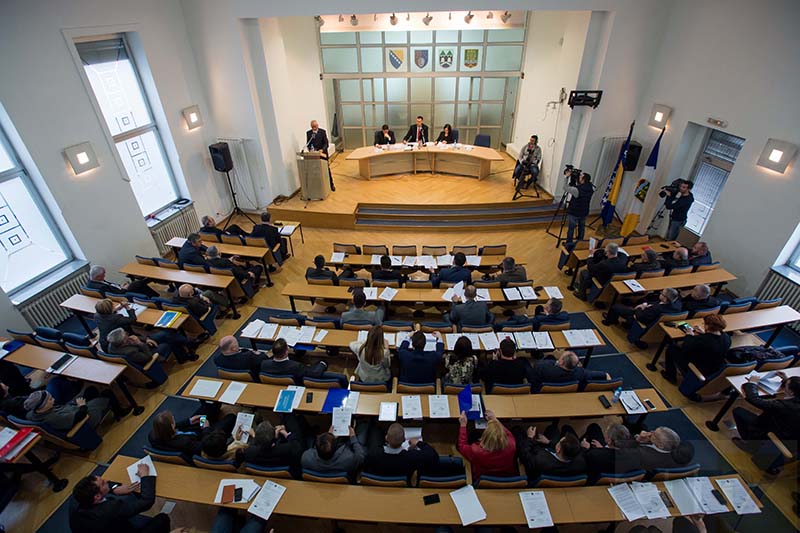 Officials in Sarajevo Canton (KS) are not entitled anymore to severance pay after ending their term in office, while ministers and other officials, including directors of public companies, will not be allowed to hire advisors. The legislators unanimously voted into law amendments to three bills at today’s extraordinary session of the Cantonal Assembly. The laws deal with salaries and allowances of government and public officials and legislators.

The amendments were championed by Democratic Front’s MP Mirsad Pindžo who said that the reasons for the amendments are budget savings and their more rational use.

It remains to be seen how much money is going to be saved, but what is already known is that 21 cantonal official used severance pay in the past three years at the cost to taxpayer of 760,000 KM.

It is unknown how much advisors have cost the budget so far or how many of them are there, but Pindžo said that the savings will be in the millions.

“I am absolutely sure that the savings are worth several millions. For example, one public utility company in the Canton has seven advisors to the director and all of them have salaries higher than director general, while doing nothing,” Pindžo told CIN.

Another issue with the current system of appointing advisors is its lack of transparency, said the legislator.

“Often people who have ruined public companies are appointed to those positions. Here they hide from the public eye, are not accountable and get paid for doing nothing,” said Pindžo.

The elected and appointed officials have lost the right to advisors following the passage of the amendments, while the Assembly made it mandatory for publicly-owned companies to abolish advisory posts.

CIN has already written about the irregularities in hiring advisors to the politicians at the state and entity government institutions on whose salaries was spent at least 3.7 million KM. The investigation uncovered that people getting these jobs are often politicians without office, persons without university degrees or politicians’ kin.